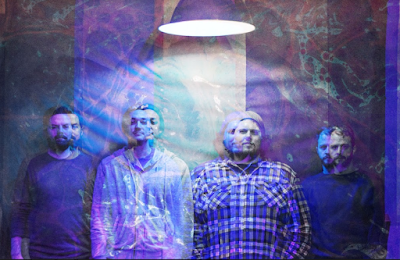 Chicago’s Goose Corp. drops their single “Out of Time” February 1st followed by their Jumbled Thoughts record release February 8th. The album is a culmination of the past 5 years since their inception as a trio in 2014. With Phil Sciurba on guitar and lead vocals, Matt Schirk on bass and backing vocals, and Andrew Giese “Goose”, on drums. Their most recent addition is the “4th dimension” also known as Ryan Flynn who accompanies on keys to complete the Corp.
I was fortunate enough to see the original trio live at the Tonic Room back in September of 2018. The windows were open and people came from all directions, lining every square inch of the venue inside and outside. Everyone tuned into soundscapes formed by undulating rhythms and funky riffs. The atmosphere was electric. The album is a bit more mysterious and will likely have a few surprises. Listen for “Calypso”, inspired by a Caribbean nymph whose sole desire is for those who dare to dance.
I caught the band to ask them a few questions about hacking the system, the odds of a rattlesnake winning a fight against a roadrunner, and other details about channeling the beast within. Tune in!
Emily: Goose, define your role in the genesis of the band as the drummer.
Goose: I was working a bit at Music Garage in Chicago in 2014 and I had met Phil and Matt previously but we started jamming together during the fall and it kinda just became a thing. We used to jam for hours overnight at Music Garage, really trying to develop a sound. One night we were sitting out back at MG, drinking some beers, Phil and I were joking around about me starting a company and calling it Goose Corp. What the company did, who really knows, but I went home and made a late night purchase of business cards. The front said “Goose Corp. – It’s A Thing”, whatever that meant. Our coworker, Judi wanted to book us for one of the Music Garage Presents shows at Door No. 3 and when she asked for a name, Phil told her “Goose Corp.” We didn’t know where it would lead but 4 years later we’re releasing our first album. It’s been a long road to get here but I think we had to evolve in that way to get the sound we have now. It’s A Thing.
Emily: What made you decide to add the 4th dimension? And how has your sound developed with the addition?
Goose: We always wanted a keys player, but they are a bit of a rarity. We had known Ryan for many years from playing shows with his old band Marmaletta. Originally, we just had him lay down keys for the record. Then we got to talking about it and he was such a great addition to the sound that we asked him to join, and the rest is history. Ryan was like our missing puzzle piece. He pulled nuances out of each song and helped all the subtleties flourish. Ryan is now a key piece of the Goose Corp. sound. 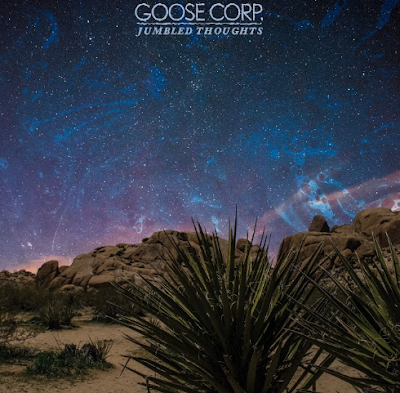