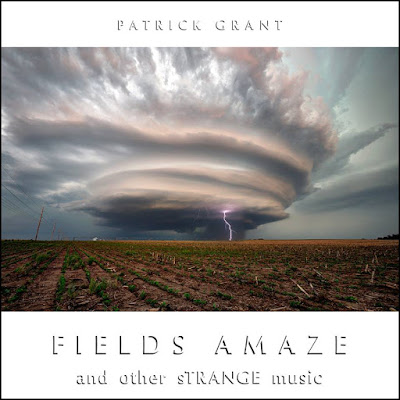 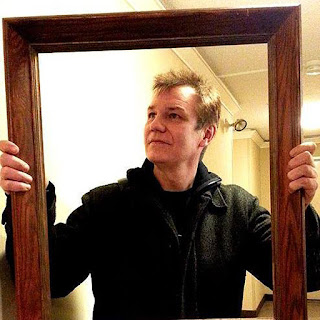 I recently read a review that compared you to Frank Zappa. Given your inclination to marry eclecticism and disorientation with classical composition, I’d agree. How do you feel about this comparison? Do you ever set an intention to disorient your listener?
Yes, I’ve read that, it’s a compliment of sorts, but I can’t say that I agree. Then again, I haven’t heard as much Zappa as some people, so maybe. My gut feeling is that this statement says more about how much music incorporating classical, world, and rock these people must have heard. If Zappa is their only frame of reference in this matter, then that’s what they’ll hear.
I will say that Zappa and I both share a reverence for Nicolas Slonimsky, writer, composer, and champion of new music. One of his many, many achievements was the creation of his “Thesaurus of Scales and Melodic Patterns.” I was greatly influenced by the material I found in its appendix. There I found the Mother Chord, The Grandmother Chord, and Four Mutually Exclusive Triads. I also made use of eight and nine note scales. All of these can be heard in “Imaginary Horror Film.” Musically astute people will find many an instance in that piece where I use Twelve Tone Technique in the service of deconstructing (pause) Twelve Tone Technique. I do everything possible to make it sound tonal.
Back to your question, I do not like “eclecticism” as a word to describe music. Not at all. Few do. It certainly doesn’t describe mine. It strikes me as lazy, or worse than that, it gets used to describe music that doesn’t have a definable style of its own, no matter how well crafted it might be. Do you know what I mean? I’ve been to concerts where I’ve heard pieces that were wonderfully performed and obviously well put together, but the next day I can remember nothing about the music. Nothings sticks. For me this is usually because the composer doesn’t have a definite point of view (stylistically canceling oneself out) or that it was coming from a place too foreign to the composer’s actual experience (jokey arrangements et al.). Some people like the word. What can I say?
Now, I would never intend to disorient a listener unless I had the means to set them straight again afterward. That’s the prestige. Inside the physical CD of FIELDS AMAZE and other sTRANGE music there is a flowchart of contemporaneous influences. Many of these influences remain. I consider this flowchart just as much a part of the listening experience as the album itself.
It’s broken up into roughly four equal sections: classical, world, rock, and items pertaining to recording and music technology. I had a very difficult time trying to make an accurate flowchart, where Item A flows into Item B, etc. I just gave up and decided that I better use a chance operation to put these items into the boxes. So, while the four sections do contain the items appropriate to their category, what they flow in and out of is rather surreal and surprising. I’m OK with it. I see it as “a 2-dimensional representation of a 3-dimensional experience.” In this way, its imperfection is perfect and is actually closer to the truth than if I forced too tight a narrative upon it.
You’ll see that one of the items in the flowchart is “misdirection.” This is perhaps the closest I’ll come to answering your question on disorientation. Here, the word “misdirection” is meant as used by stage magicians and sleight of hand artists. You see, if possible, I’m happy to use your own listening preconceptions to make you hear something else, something that you did not know was there all along. When this works, I hope it makes the listener wonder how many other things are going on that they’re not noticing, not just in the music, but in all things that are way bigger than that. It is an aim.
– Gabe Kahan
© Copyright http://www.psychedelicbabymag.com/2018
Gabe KahanInterviewPatrick Grant