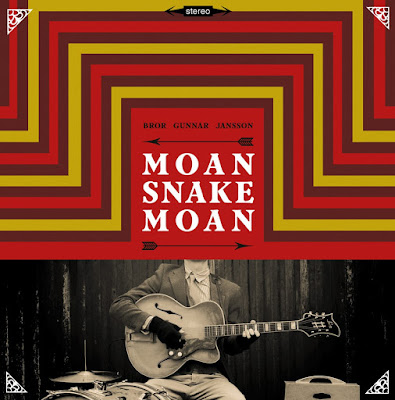 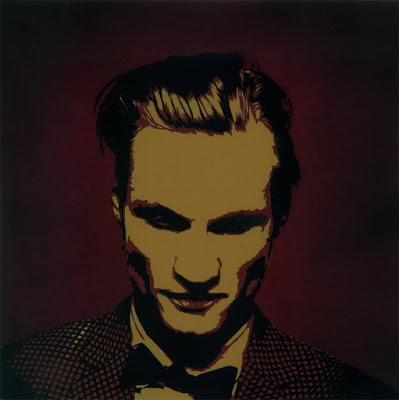 In 2016 I started recording an even bigger project than Moan…, my latest release And The Great Unknown Part 1 & 2, part 1 is an EP and part 2 is a full-length LP. This release is more cinematographic than previously, and more kinda Southern Gothic I guess. The next album will differ from all the others: one part is based on regular one-person-band and the other part is more rock ‘n’ roll, a bit of a mix between Led Zeppelin, White Stripes, Kyuss and Earth or something. 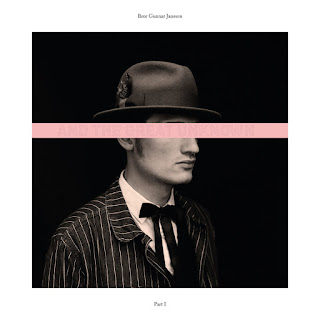 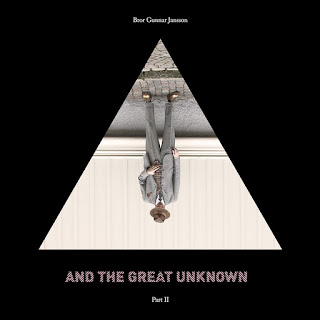 What does “sticks, cage and chains” on Moan… refer to, and is the use of a pump organ a nod to your grandfather who played accordion?
Quite literally I play on some big wooden sticks, a big metal cage and heavy chains on some tracks. I’ve never thought of that [link], always liked accordions though. I think it had much to do with my fascination for that specific pump organ, owned by a friend. You can fold it together and then looks like an old suitcase.
You use a sharp array of guitars but not the well-known models like Hooker and his Gibson. Do you prefer a different sound?
Yes. I am in love basically with sound. It’s easy to get bored hearing the same sounds and songs too often, I like variety. And different sounds are often easier to find on different kinds of gear. I constantly work with my sound and try out gear with ways to colour the sounds that I want to create. Nowadays much of my sound comes from pedals and how I use them. Since I travel a lot and can’t take my own amp everywhere, it’s practical to build most of my guitar sound in my numerous pedals, some of which are custom-built. Sometimes bottleneck and capo are used but mainly lots of variant tunings, it’s quite helpful to try other tunings when writing songs and can open up other ways of thinking.
You have an original way with percussion even in its layout. A snare for a bass drum! Does this also reflect personal choice for the sound?
My setup is usually either an old 1940s WFL, a Levin bass drum or a new vintage-inspired one from Think Drums. The snare, a 90s Ludwig or a new Think, is a bit modified, as is the hi-hat: the bottom cymbal has rivets and top is an old cheapo Japanese cymbal which is quite dark and clonky. I use the hi-hat more like a crash or ride cymbal, and that’s why I have a little rubber thing between them so that I don’t accidentally close it but leave it to ring out its tone and sizzle. The stand is modified too, it’s without legs and the height is shortened quite a bit. From time to time are added some small percussions like shakers, tambourine and cow bell. Back on Moan… an old wooden guitar-case was used as a bass drum.
You are clearly a very talented multi-instrumentalist. Is there any reason for no harmonica, popular in the one-man band blues genre: is it to make the sound more modern-sounding perhaps, or to stretch yourself in other directions?
I never really had the patience to learn the harmonica. I really like their sound though. Growing up I tried out a bunch of instruments, cello, bass clarinet, electric bass, zurna…but my main instrument was saxophone for many years. When aged 20 or so I started to sing and play guitar more professionally, and since ’08 or ’09 I have this one-person-band thing…
Unusually for English-speaking musicians you now live in Paris?
I’m not spending any time in Paris for the moment. Most gigs this year are in northern countries, but next year in 2019 will be even more touring I think with the new album coming out then, which usually means more touring! Half consists of songs about murders that happened in Sweden, some historical cases from the 17th century and some modern ones from 2017-2018. One actually was really close to home too, quite literally, on the street where I live. 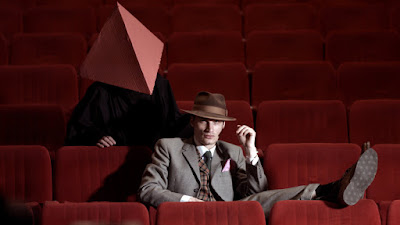 So, music-lovers, the saga continues! With all its nods this is 21st century blues-rock, fuzz, feedback (tremolo) and echo all-in. A 1950s setting, evoked by smoke-and-light, keeps audiences magnetized by the fluid tempos with solos rare for a one-man band, and whistles (rarer) or hoots replacing harmonica and kazoo. If you like what R.L.Burnside or Hooker with Canned Heat did for the contemporary sound of blues, or Leslie West or Del Bromham did with their back catalogues (perhaps Rory Gallagher and Johnny Winter if they had lived longer?) then you’ll love this. Authentic grit, but not in your eye, this is the wild shuffle of preachers tortured by the flames licking their soles and ankles: dark, screaming, poetic. Smoking like a cobra exposed to a spliff, burning like a ZZ Top retro, it is passionate as soul without the posturing, gospel without the puff-and-huff. In short, pure unadulterated fun, which has become less easy these days if you care about head, heart and body. A joy awaits, am I wrong to name-drop?
With thanks to Bror Gunnar Jansson, and Johan Karlberg.
– Brian R. Banks
© Copyright http://www.psychedelicbabymag.com/2018
Brian R. BanksBror Gunnar JanssonInterview