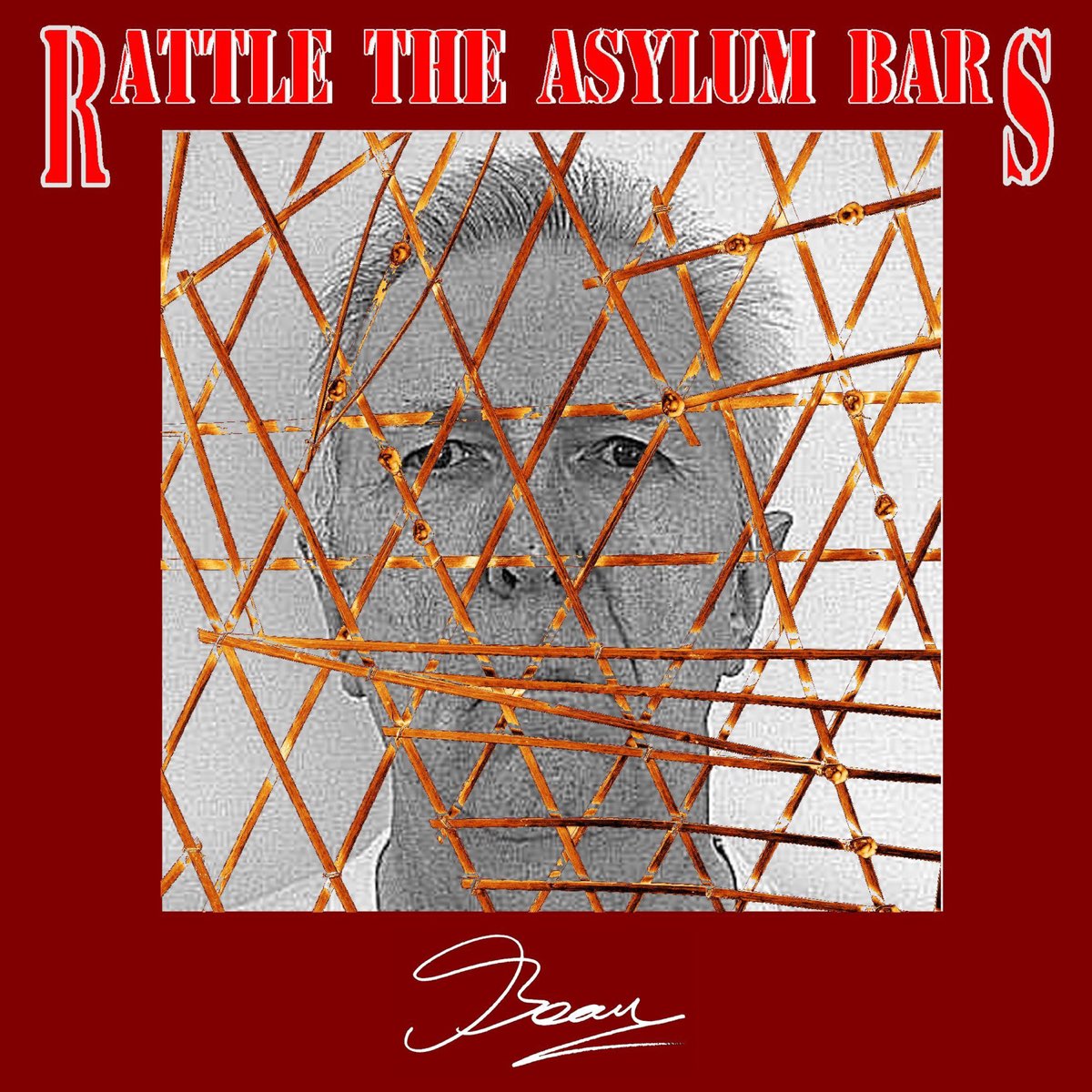 Almost 49 years to the day after his first recording session for John Peel’s Dandelion label that brought 1917 Revolution to the west, Russia and a hit in Lebanon, comes a download album from Cherry Red entitled Rattle The Asylum Bars. This could also be a title for the recently prolific 12-string maestro’s entire work this century. Beau has developed and woven threads from his first two albums for Dandelion around 1970 into a rich tapestry that places him among the foremost musical commentators of English life and the world today.

But they are also at times universal themes that, as the American mag Dagger Zine recently noted, ‘would make Phil Ochs or Robert Zimmerman proud’. Others like Harmonic Distortion wrote, ‘in a fairer world Beau would be a much-valued cultural treasure, up alongside Dylan, Mitchell, Cohen and the like’. Listening to his work would easily prove such statements are not mere hyperbole, simply happenstance combined with absent music corporations today no longer interested in great work but only dollar signs (if that’s the currency they trade in). Beau is as relevant today as bitcoins, whistleblowers, digital formats and the deep state…not overlooking the reasons behind why they exist. Out of this comes independent labels like Cherry Red devoted to class not crass, with singer-songwriters sharing their vision of contemporary times based on erudition not perdition. Hear the words and insights, Beau is a poet in song.

Like the age, themes are a broad canvas as with all his career: from Charlie Hebdo in the tradition of European satirical magazines, modern radicalizing, apathy politics and lottery winners, to American prohibition, tragic death, even Hitler’s mother for those finding it hard to imagine the Austrian had one. Appropriately the opener Road To Valhalla is a far-reaching sketch about the ascent of man and woman from the cradle of Africa’s Great Rift Valley. (Careful, don’t tell racists that there began our origins!) The subject of The Rose is given an unforgettable poignant setting, almost orchestral in its guitar range combined with voice for atmosphere, for a sad lonely death of a girl in a sea-side bedsit in 2000 still with the needle in her arm. The parents bravely allowed the scene to be published, and the lament-like song is from the viewpoint of a medic attending the incident knowing it is one among many. It suggests to this listener something of Dylan’s pseudonymous song John Brown about a soldier’s return to his family, broken and unrecognizable, as must have been the scene for Rachel Whitear’s parents adding to their loss. The fact that it’s a new song shows the lasting impression of the harrowing event, especially for parents.

The tub-thumping percussive punch of Moral Clarity contrasts with the similar-themed The Apathy Party where the lilting guitar style is as sarcastic as the words, well-aimed at those politicians and press who seek to drown us with noise instead of content, with their asinine assumptions of what people want or think. English satire at its best, on a trend predicted as long ago as the 1930s by Karl Kraus regarding journalism bought and paid for. Elections too in a time of apathy when candidates will never assume it reflects on them. They are in The Hedgerows Of England, the singer nonplussed to read that lottery winners are most likely to reverse their political allegiance after their windfall. Amusement comes with the helpful hints by an Establishment member welcoming a new joiner, opposite to the Two Ronnies comedy sketch about a new villager among them. The Establishment are supping behind their hedgerows while exploiting everybody else for ‘profit and sport’. The stop-start approach of The Angry Preacher is most appropriate, noted justice isn’t aided by those like National Geographic enriching them for their programmes. Beau raises the question what does ‘right thinking’ mean today in songs such as People Like Me.

Bugs Moran is a fast-paced treatment on American interwar prohibition that was initially aimed against crime and mafia. With both being more widely diverse today, could it happen again? The Only Soldier To Turn Up For The War is a timely song about radicalism when all seems out of control. Some lines highlight the hypocritical attitude to women from co-religionist males in the west; unmentioned is that they are happy to wear infidel-symbol clothes nevertheless and unlike long centuries ago, the fight is unequal because religion against no-religion. The Hawk is a beautiful five-minute allegory about growing up nowadays (‘taking off is optional but landing is not’), the creature’s name and life is only a human interpretation after all. Allegory or metaphor is continued with The Ghost Train in its fairground of light where darkness is all around, and the speed of its journey like life itself. Klara tells us about the alleged premonition of Hitler’s mother to terminate her pregnancy, which alas proved to be one of the worst ever decisions not made. It has current validity too with the pro-life debate.

The 13-song cycle, at just under an hour with three over five minutes each, is concluded all-too quickly with the title track Rattle The Asylum Bars discussing press freedom. Charlie Hebdo, in a long line of august European satirical magazines across Europe, is actually less ‘pure’ than the media would want us to believe (e.g. it sacked a journalist who had found dirt on then-President Sarkozy) but the bigger picture is the point of the song. “Je suis/I am Charlie Hebdo” to me simply showed the pernicious decline of the language into Americanisation but this reviewer risks being seen to miss the point. Beau rightly points the finger at those who have vested interests in keeping populations behind their asylum bars, in its myriad contemporary forms. Freedom of the press is another example in danger. His label is to be applauded for keeping such a unique voice among us today, as they did with Kevin Coyne in his day and numerous others like him seeing the modern world for what it is during their four decades.

Fixed historical events glimpsed from today like his last album are (mostly) absent, this time the palette is broader but always prescient because Beau has a knack of touching the electrodes of what currently concerns us, be they positive or negative, micro or macro. A career this long without a single filler is some achievement. The press image of the singer-songwriter in mug-shot mode behind barbed wire (the Rose and politics too) is appropriate. These are songs for brain (not mind) expanding, soul-and-heart enriching, deserving to be much wider known because of their integrity, knowledge and musical beauty by a true poet of song and virtuoso of the 12-string. Get it while you can!