Spiritualized in Other Medications (2017) review

Spiritualized in Other Medications (2017) review 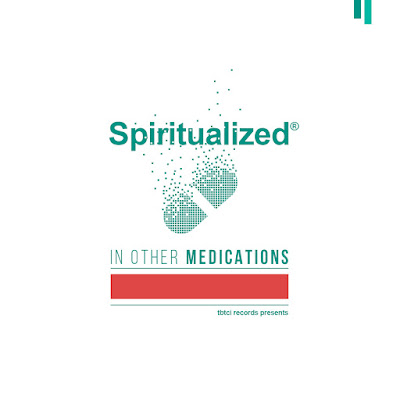 With a pocket full of lush celestial narcotics and this wasted sonically layered infusion of Spiritualized covers, laid down lovingly by some of the best of those influenced by Spiritualized, and dare I suggest Spacemen 3, reality can be endlessly extended, be gone in a flash, or burn up as you fly too close to the sun.
Spiritualized In Other Medications is an extensive journey though the catalog of Spiritualized, with most of the songs being presented straightforwardly, though some have been delightfully stretched out, and others taking alternative adventurous avenues, with all getting you to the same place nonetheless. It’s impossible to talk about Spiritualized, or this album without acknowledging the luscious hypnotic meanderings that can only be brought about by the injection and perhaps overindulgence of controlled and illegal substances that will jettison you into the nether regions of your mind, where your body floats, where walls move, where sound is composed of colours, and colours are awash with sound. It’s impossible not to understand the nature of blissful beautiful wasted intoxication, where one seems held on the fingertips of some cosmic god who pulls back not one, but all of the curtains, where you’re wrapped in warmth and hazy delights, where your body is a mere extension of your soul, and your mind a mere extension of the cosmos.

Yes, it’s relatively easy to dance yourself into the haze and get lost if one is not careful, especially when someone like J. Spaceman sets down such a beguiling luscious trail of pills and powders for you to consider, perhaps seeing them as some sort of breadcrumb [narcotic] trail to be followed, where without the right constitution, it’s easy, once stepping over the line, to give in and over, making it nearly impossible to find your way back … with Mr. Spaceman knowing this better than anyone, so if this is an adventure you’ve suite up for and decided to take, float lightly, allow yourself to drift back periodically, because this is a playground, not a place to live.
Now … there are those who consider cover songs to be a waste of time, and that’s an easy attitude to maintain, yet in the same breath, what makes covers so wonderful is that you’re presented with a take on the visions of others from a different perspective and an attitude you might just find equally as shimmering and exciting.
This is one of the most sincere collections of any artist’s material ever compiled in one place at a single time [27 songs] that shouldn’t be missed by anyone on any account. Each of these songs flowers and ebbs with total emancipation and delight. That being said, I dearly hope that this release spurs you to consider the other material by the artists who’ve made this outing so splendid, and perhaps find some psychedelic comfort as you float wrapped in the originality of their warm blankets.
*** One a side note, if you want to read what it’s like to actually live under the influence full-time, my I suggest you read the book “Phamacopious” by Jenell Kesler.
– Jenell Kesler
© Copyright http://www.psychedelicbabymag.com/2017
Jenell KeslerReviewsSpiritualizedSpiritualized in Other Medications