From The Back Bay To The Bluebird

From The Back Bay To The Bluebird 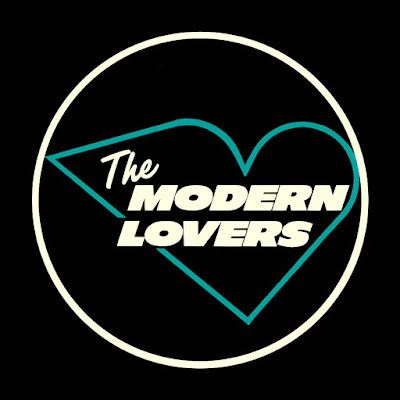 In the Bread with Jonathan Richman
On the way to the Bluebird Theater on the bus the other night, to see Jonathan Richman sing and play guitar, accompanied by his bandmate of 24 years, Tommy Larkins, on the drums, I wondered what Jonathan would say about all the bad politics lately. This would be the third time I’d seen him live, one of the more important figures in contemporary rock and roll history, someone who could have choked down the whole poison sandwich of fame in the 1970s but decided against it, who’s manifested decades of inimitable, excellent music under the radar instead ever since. Everybody was in a bad mood about politics lately, and as de facto focal points, performers could add themselves to that discontent in assumptive political fighterly manner, or effect an attractive alternative. I looked up to this guy as someone who knew better than consensus opinion. I figured he’d probably say something about the political funk, just to give us friends and fans the high sign, and I wanted to hear whatever it was. However he handled the question, I felt sure he wouldn’t let it cheapen or dominate whatever he put across otherwise.

“Parties in the U.S.A.” is my favorite political song by Jonathan Richman. noting the lack of frivolity in American consciousness recent decades—“the U.S.A. has changed some way that I can’t name”. That song came out in 1992, and feels like something that grew naturally. Maybe more like social commentary, as is “Corner Store,” from 1990, in which he foresaw the coming strip mall apocalypse, or loss of individually owned businesses of every sort to faceless strip malls and box stores—“I spot a trend that has got to stop.” Overt political activism is rare. There’s a recent-ish song called, “Abu Jamal” petitioning for the release of that political prisoner “join{ing] Nelson Mandela and Susan Sarandon, Harry Belafonte, the list goes on and on,” and one called “Not in my Name” protesting Bush II’s invasion of Iraq. These seem like well-meaning 3D afterthoughts in comparison to other recent tracks like “Not So Much to be Loved as to Love,” “Our Drab Ways”, or “Our Party Will Be on the Beach Tonight”, which lack specific tautology, and have enough range and simplicity to transcend our default dimension, the artist being naturally oriented to topics beyond mean political logics, thus better equipped to channel that manner of anti-matter than mere protest. 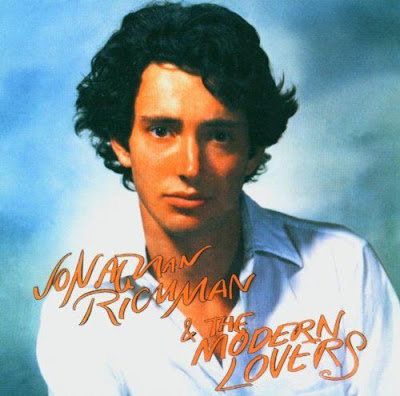 Okay. I came late to the wonder and magic of Jonathan Richman, whose career as an original of American rock ’n roll culture began in the early seventies as the brain and soul behind Boston’s Modern Lovers. It was a sort of history project for me, reading about this kid from Boston who loved the Velvet Underground so much he hitchhiked his way to New York and befriended them, whose song “Roadrunner” was covered by every early punk band, who played the role of Greek chorus in that Cameron Diaz movie, There’s Something About Mary, providing instrumental byplay between dramatic sequences, and whose stuff was possessed of an unalloyed, adenoidal sincerity that made everyone else’s more polished numbers seem overly fabricated.
Modern Lovers Precise Order, a live album recorded in 1972, that’s where it started for me, then the first Modern Lovers album, produced by the Velvet Underground’s John Cale, recorded around the same time and released in 1976, then Modern Lovers ‘88, an album recorded after reforming the band after a character-defining breakup (which I’ll get to in a minute) then I, Jonathan. All of this at least twenty years after the most recent of these had been released. That’s why the timeline is all over the place in this piece. Which is fine, since I’m talking about what’s eternal in here. There are bound to be lapses and aspects left untreated. I have tried to provide all the dates some of you may require, and I apologize for any oversights or miscalculations.
I picked up a copy of The Beserkley Years, the Rhino Records Modern Lovers best-of collection, Her Mystery Not of High Heels and Eye Shadow (1986), and the 2 CD best of collection, Action Packed (2002), after which, already off to a fine start, I kept on going. In the years since becoming a fan, I’ve bought at least thirteen to fifteen other Jonathan Richman albums, including three new albums on release. I’ve seen Jonathan play live three times in Denver, read a book about him, and developed a strong instinctive agreement with everything he’s doing and what he represents.
The original Modern Lovers hung together from 1970 to 1974, but their recordings were not released until 1976 or later. That lineup featured Richman and bassist Ernie Brooks with drummer David Robinson (later of the Cars) and keyboardist Jerry Harrison (later of Talking Heads). The band’s sound owed a great deal to the influence of the Velvet Underground, and is now sometimes classed as “protopunk”. It certainly prefigured much of the punk rock, new wave, alternative and indie rock music of later decades, most especially for its contrarian character. Their only album, the eponymous The Modern Lovers, contained idiosyncratic songs about dating awkwardness, growing up in Massachusetts, and love of life and the U.S.A.
After their trip to Bermuda, where they were booked as one of the house bands at the Hotel Inverurio, the original lineup fell apart after Jonathan’s cathartic discovery of the looseness of calypso musicians in comparison to the nervous “triphammer” playing of his own act—going so far as to narrate his acatharsis in a live rendition of the song “Bermuda,” retitled “Monologue About Bermuda” upon its release.
In 1975, Richman moved to California to record as a solo singer/songwriter with Beserkley Records. His first released recordings appeared on 1975’s Beserkley Chartbusters compilation, where he was backed by members of Earth Quake and the Rubinoos; these four songs also appeared on singles on the independent Beserkley label. Between 1976 and 1988, Richman used the name Modern Lovers for a variety of backing bands, all quieter and more low-key than the original unit, specializing in near-childlike songs like “My Little Kookenhaken” and “I’m a Little Dinosaur”. Of his original bandmates, only Robinson was part of any of the other Modern Lovers incarnations.
The album ROCKIN’ and ROMANCE with the MODERN LOVERS was released in 1985. Besides the first recorded version of “Vincent Van Gogh”, several of its songs, notably “My Jeans” and “(Cruddy Lil) Chewing Gum Wrapper” are elementally prosaic in their subject matter, boiled-down essential authentic songs about what they say, that come alive with jumping jive when Jonathan trains his mind on them, prefiguring the trend toward elemental emotionalism 30 or 40 years on.
His very latest offering, “Ishlode! Ishkode!” opens with a track noting, “Whoah! How different we all are, one from the other. Each with our own way, each with our own secret sorrow.” That’s Jonathan Richman reporting back to his faithful listeners on the human condition from sixty years into a life built on trust in the real, no matter how it made him frown and cry before he could start to smile. That’s elemental, atavistic ultimacy, as in the most essential, final, boiled-down root-essence-answer, integral. 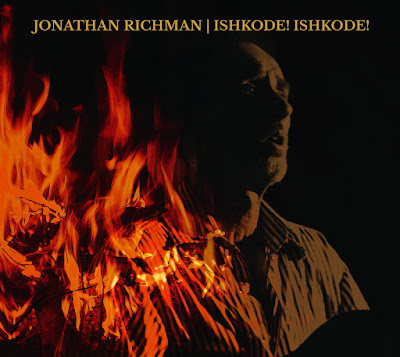 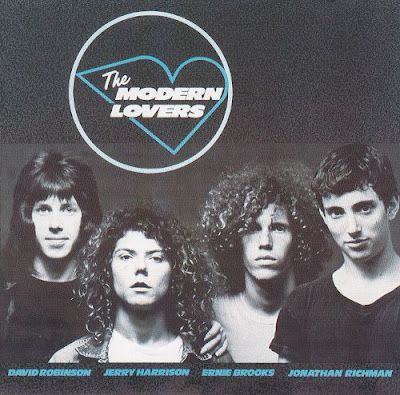 I’m glad I went to see Jonathan and Tommy play again. I missed whatever Jonathan said about the politics, but you can hear about that stuff anywhere. More importantly, I wanted to learn how to rightly treat all Suns and Moons and Ones and Others, and get treated rightly by them in the bargain. Everything Jonathan Richman was showing not telling that night. It was great, thanks a lot. And happy birthday May 16th. Let’s make it the best year ever, and then some. It’s in the bread. 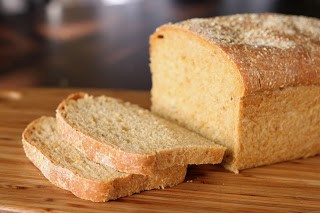