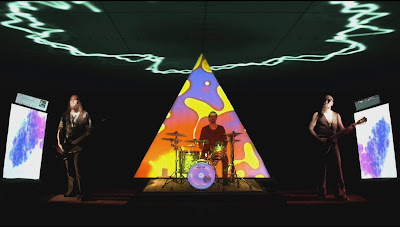 Deep Space Destructors are psychedelic space rock band from Finland, founded in the beginning of 2011 in Oulu. They released several albums, latest being Psychedelogy. Their journey continues towards deeper space and sounds.

Who’s in Deep Space Destructors and what do you all play? Have you all made any changes to the lineup since you started or is this the original lineup?

Deep Space Destructors are:
Jani Pitkänen – vocals, bass & percussions
Petri Lassila – guitar and backing vocals
Markus Pitkänen – drums
When we started 2011, we had a second guitarist in the mix for awhile, but it sort of naturally progressed to trio format in a short amount of time.
What do you consider to be your first real exposure to music?
Personally, it was around when I was 5 or 6 maybe. I was just admiring my uncles LP collection, looking at the covers and wondering what kind of sounds are on those records. Then I first heard Twisted Sister and local hard rock band Zero Nine and that was it, here we are today!
When and how did you all originally meet?
Markus is my cousin, so I have known him all my life. I met Petri at our rehearsal place in 2011 when we gathered there to a jam session that Markus had put together.
When did you decide that you wanted to start writing and performing your own music?
I already had some riffs and ideas before the first jam session. Previous band I had played in called it quits and I was hungry to do some spacey, psychedelic and progressive music. After the formation of our trio, things progressed quite fast and about year later we released album I and did our first gigs. 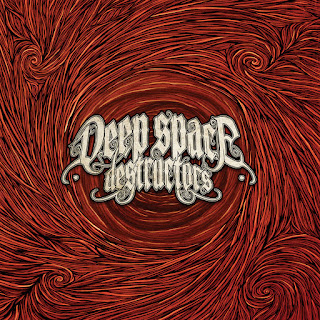 What does the name “Deep Space Destructors” refer to in the context of the band name? Who came up with and how did you go about choosing it?
Deep Space Destructors or DSD as we call it for short, was supposed to be called Sisäavaruuden Tuhoajat (in English it means Inner Space Destructors). But we thought it didn’t translate from Finnish to English well and changed it a little bit. I think one of your friends came up with the name Sisäavaruuden Tuhoajat, and then we changed it to Deep Space Destructors.
The name can have many meanings: Space can refer to space with stars, planets, nebulas etc. Or to just one certain location or room. And it can also mean the state of your mind, in what kind of “space” are you in. I believe in creation through destruction; when something dies, something new is born, so that’s the Destructors part. We are continually “destroying” ourselves as a band, creating new sounds and spaces, inner and outer! It is a journey through space and time! 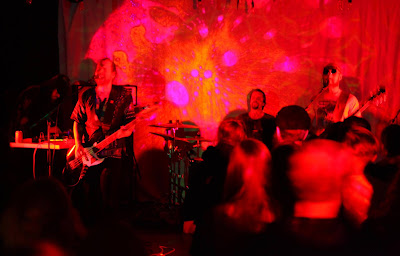 What’s the songwriting process like?
Mostly jamming, exploring riffs, sounds and grooves. Most of the time we have some kind of starting point from where we build a song. Sometimes it’s just pure channelling of intuition and inspiration. After some time we start to combine these jams and riffs to see what works with what. After that comes the tricky part to get some good musical hooks in there, to keep it interesting and not just be riff after another. There is really not one way for us, there are of course the basic elements of our sound that we like and will put to our songs, but which elements come first and last to the mix, it always changes. It is about finding the core of the song and emphasising it, making it work! For example, most of the guitar solos and “freak out” parts on our albums are improvised on the spot. This happens in live situations also! No repeats!
Can you share some further details how your latest album Psychedelogy was recorded and released?
We made a demo of the album and sent it to a bunch of good people, and Scott Heller (AKA Dr. Space) really liked it and wanted to release it through Space Rock Productions. We were and are really stoked about this, Scott and Sabine made a wonderful job releasing this LP. Cheers to them! 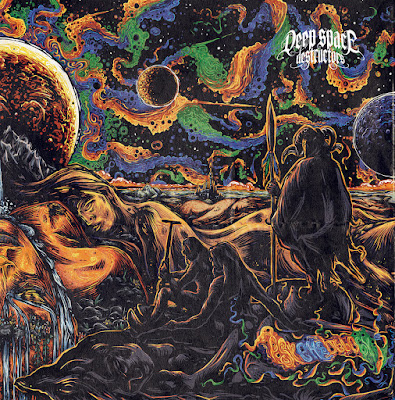 We recorded Psychedelogy in a house that Markus bought some time ago. We set up our gear in the living room and played the basic tracks live. Then did the vocal overdubs, little bit of guitars and we also reamped the vocals to make them more spacey and psychedelic. After that, we gave early mixes of the songs to our “Cosmic Friends”, so they can record their own parts. We just asked them to improvise and have fun. They turned out really great and the results you can hear on the album!
What kind of process do you have at mastering material for the release?
We have mastered all our releases at MojoLab, here in Finland. He masters the releases to our needs and to the specifications of the format in which the album is released. No secrets here, just good mojo!
You already have a few releases prior your latest album. How would you compare them to Psychedelogy?
Like I told before, our albums represent death and birth of DSD! So every album is a different journey, but there are recognizable elements in there also! Psychedelogy is our most psychedelic, introspective and space rocking album to date! It has the twist and turns of progressive rock what we have more on previous albums, but it is also a straightforward dive in to space rock and human psyche. Our best so far! 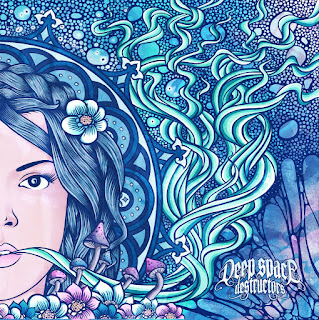 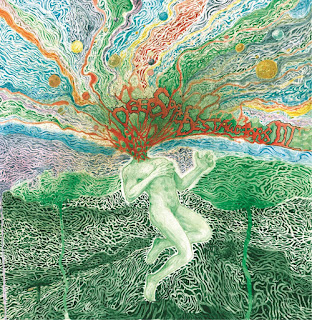 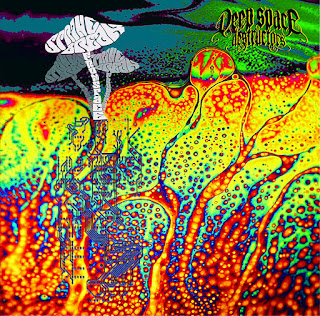 The cover artwork is absolutely amazing.
Yes, it truly is! We had this vision of cover art being thematic to travelling from macrocosmos to microcosmos. And also that it would be one continuous image, so you you could just flip the covers from every side and continue on. Kudos to Markus Räisänen, who made the covers and made our crazy vision come to life. We just gave him the premise and rest of it is just Markus going off the wall with the graphics, he really came through with this one! Stunning! We have tried to find covers with similar idea, but we haven’t found any, so it might be one of a kind! Markus also did the covers for our first and second album, so you might want to check those out too!
Who are some of your personal favorite bands that you’ve had a chance to play with over the past few years?
Boar, we have toured with them a lot in Finland and once in Europe. Also I have to mention Jupiter, Albinö Rhino and Multishiva, that tour was so much fun! And there are lots of bands, too many to mention from single gigs and numerous festivals we have played over the years! But these bands that I mentioned, I think we have a deep connection with them on some strange levels, so we feel like we are brothers or family with them. 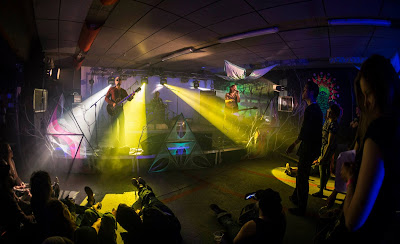 Deep Space Destructors live @ UFOP 2015
What are some future plans?
We are well on our way on composing and arranging songs for the new album! We have few songs in the final stages and few in the early stages, but there are at least seven songs in the horizon now! New songs are more heavy, hypnotic and droning, like musical mantras! So I think we just concentrate on those for now, promote Psychedelogy and do some gigs!
Let’s end this interview with some of your favourite albums. Have you found something new lately you would like to recommend to our readers?
I’ll just make a list here:
Hawkwind – Warrior On The Edge Of Time
Fantasia – Fantasia (great Finnish progressive rock!)
Funkadelic – Funkadelic
Kingston Wall – I, II and Tri-Logy (BEST Finnish psychedelic rock band ever! Huge influence on Psychedelogy)
Monster Magnet – Spine Of God
Monster Magnet – Tab (check this out!)
Monster Magnet – Superjudge
Monster Magnet – Dopes To Infinity
Captain Beyond – Captain Beyond (we used to listen to this album before our gigs to get ready!)
Klaus Schulze – Timewind
That is to mention few, hard to choose man! Huh!
Recently I’ve been very much in to Afrobeat and to 60’s & 70’s African psychedelic music and funk. Seems like it is a endless gold mine of good music, check it out! 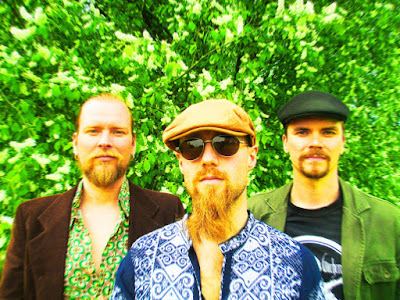 We humbly thank you for this opportunity to take part in It’s Psychedelic Baby! universe. Great to know there are other good people out there keeping the psychedelic flame alive!
Peace, space and love!