Hendrix managed it. The Airplane (at their best) got it down. In more modern times, the likes of Thee Oh Sees and Hookworms have brought a squeegee to many a rock fan’s third eye. Now, we have The Asteroid No.4 to carry the psychedelic torch.

And they carry it high. Psychedelic rock is not synonymous with mellow. Which is a damned shame as many a supposedly “far out” band appear to spend a lot of time wallowing in the dregs of Woodstock’s mud. The Asteroid No.4, however, have merged the mellow with the heavy and the result is Black Sabbath-esque noise enveloped by the finest ganja smoke from the sweetest of leaves. On this single, Ticking Time Bomb b/w Broken Moon, The Asteroid shoot for the sky on a catapult made of feedback, chilled-out acoustic guitar and swirling vocals. Where other self-proclaimed purveyors of psychedelia eschewed such mind-bending techniques as distortion in favour of reverb, The Asteroid No.4 have utilised both to great effect.

The opening lashes of feedback whip like a cat o’ nine tails before fading out to a Stooges-meets-Sabbath acoustic guitar riff and the aforementioned tripping vocals.

The B-side, Broken Moon, is slightly less thrilling, definitely on the “mellow” side of the kaleidoscopic musical spectrum. “Pastoral” is a word that springs to mind. The interwoven male/female vocals are very peace-and-love-and-understanding. But as the man McManus asked “what’s wrong with peace, love and understanding?” Not a damn thing that’s what. In these tumultuous days, we could do with a little flower-power. 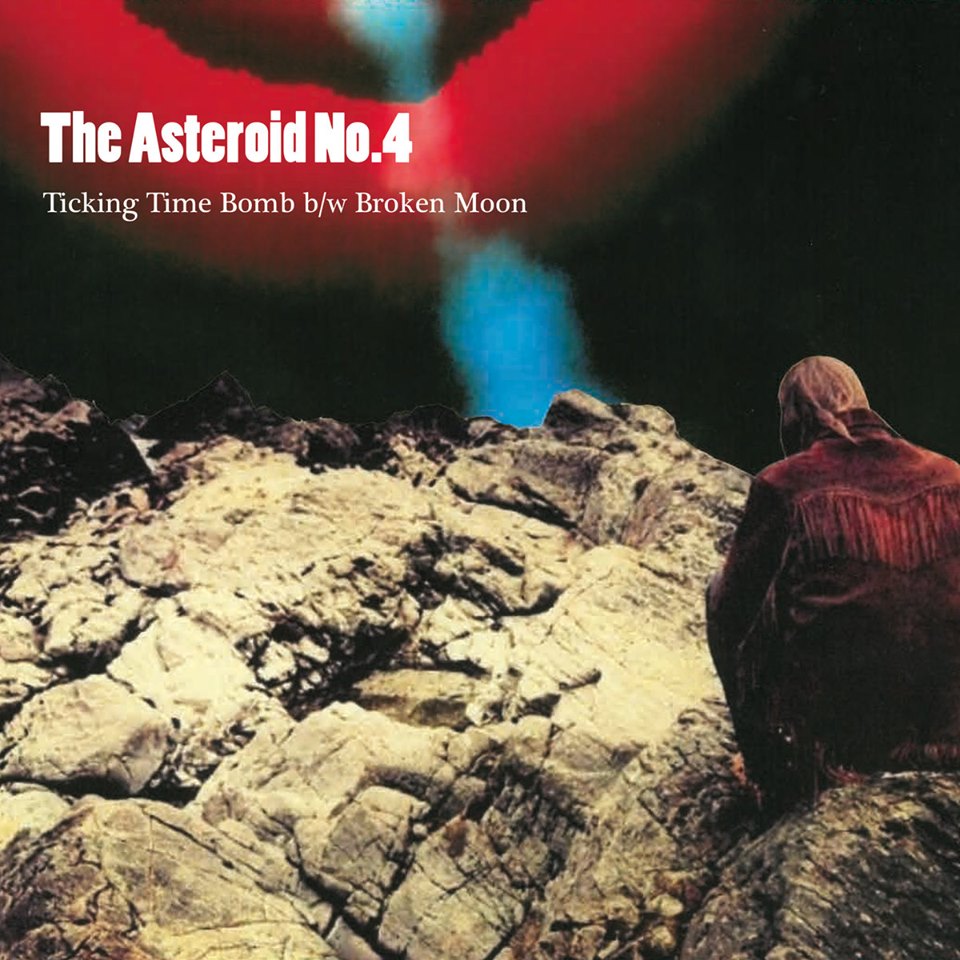 So long as, unlike last time, the world actually changes. ‘Cause it’s all well and good to chill out, fire up the turntable and drop acid. But, without a bit of action, a little rage, there’s not a whole lot we’ll be able to do. The Asteroid No.4 have realised this. They’ve balanced the scales with that teasing hint of heavy. It adds not just a bit of get up and go to the record, but atmosphere too. It’s easy to get lost in a haze of distorted feedback, but likewise, it can snap you back to reality. And Ticking Time Bomb does both. Just as you’re losing yourself in the whirlpool of sound, the riff kicks back in and lo the world is staring you down with its teeth bared. The Asteroid No.4 have their teeth sharpened. Have you?