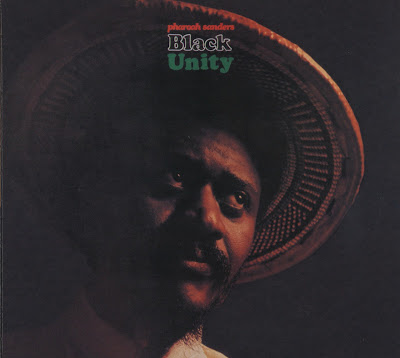 During the 1960s, many new and exciting musical movements emerged. Psychedelic rock is of course the first that comes to mind, but it was also the decade of a new kind of jazz music, where the musicians tried to get rid of the old rules of the genre to create transcendental sounds: free jazz.
Saxophonist Pharoah Sanders is one of the most well-known representatives of this genre. Originally playing for John Coltrane, most notably on his masterpiece Ascension, Sanders then created his own band to bring to the world his vision of a universal black music, expressed through the form of free jazz.

Keep in mind that free jazz was not only a new free music, but also a way to convey a political statement, that is the affirmation of black people’s rights. Many free jazz musicians used this theme of Black Unity, and underlined the necessity of a shared identity in every black man to finally get the rights they deserved.
Musically, Black Unity is one long improvisational piece that revolves around a single bass lick. The formation here is extended, as there are two drummers (as well as a percussionist) and two bassists who offer an incredible groove throughout the whole album. The presence of two bassists allows both of them to offer variations of the riff and punctuation of the phrase, and it gives an impression of stillness and movement at the same time that structures the piece. The theme is repeated through a cacophony of drums and percussions, adding to this impression of movement as the rhythm is always evolving. The African percussions such as the lovely balaphone add a tribal feel to this senses-overload. We are in the middle of a sacred African ritual.
The layered sounds of the melodic instruments (two saxophones, one trumpet and a piano) do the rest of the job, with each element coming and going, reminding me of the pop side of the avant-garde (namely the 1960s experimental bands like White Noise or The United States of America). It sounds almost like a trip, with new things always happening around you and many information’s continuously going to your brain.
The intensity of the music is not one-directional, as it is slowly moving, going to peaks, and then coming down to reach a new phase. The furious soloing of the trumpeter and the saxophonists punctuate those peaks. Pharoah Sanders tenor solos are, as usual, completely out there, very aggressive and yet very beautiful and full of spirit. It reeks of devotion to the music and the cause.
In my book, this is the best album by Pharoah Sanders. It is most definitely the rawest I know of him, and probably the less prepared. It is an example of the power of improvisation and the liberty it gives to the performers. It definitely favors a transcendental music, that get rids of the brain to just let emotions and energy lead. Black Unity is a collective mystic experience and a trip back to the roots of Humanity. This is not only an African music, this is Universal music, Human music, a chant that takes the listener back to the roots of the world.
The only comparison I see with another album is Free Jazz by the Ornette Coleman Double Quartet: it is also one improvisational piece with an extended formation, very brilliant all the same but with very different inspirations and aspirations.
– Gustav Janko
© Copyright http://www.psychedelicbabymag.com/2017
Gustav JankoJazz CornerPharoah SandersReviews