Born out of Wellington’s fertile creative music scene in 2009, the Spheres quickly gained a crowd of devotees, entranced by their sonically and visually ecstatic live shows. Their sound is an explosive brew concocted from the primitive, machine-like drumming of Jemi Hemi Mandala, the quicksilver synths of Mos Iocos, the intricate bass lines of EtonalE and the psychedelic biscuit tin guitar work of Baba Rossa. Chanted vocals bring a hypnotic, trance inducing element to many of the tracks, especially in the crowd favourite, Mind Over Might.
About ‘Trapdoors’ (Dan from Orchestra Of Spheres)
“We had a cool time shooting this video. Wellington artist Georgette Brown wanted to do something out in the forest, so we found this site which is in Porirua, not far from Wellington city, and set up with a generator, rotating drum stage, smoke machine, lights, cameras and a dog called Skid. Skid never made the final cut because he was too interested in eating the scraps of ham we were throwing to him to get in shot, but he’s like our spirit guide and a very wise being, so it was important to have him around for the shoot anyway. Spirit Elder stars in the video, she’s 9 or 10 years old, also a very wise creature, and a natural in front of the camera. We just had a laugh that day and we didn’t have much of an idea about what Georgette was going to do with the footage. So it buzzed me to see the finished video. There’s a kind of logic of absurd imagery in the lyrics of Trapdoors, words that were written in a lucid dream state by our old drummer Tooth, and the song doesn’t really lend itself to a narrative music video. But Georgette has animated the images so they flow into some weird story. She’s am amazing artist, check out her stuff!!” 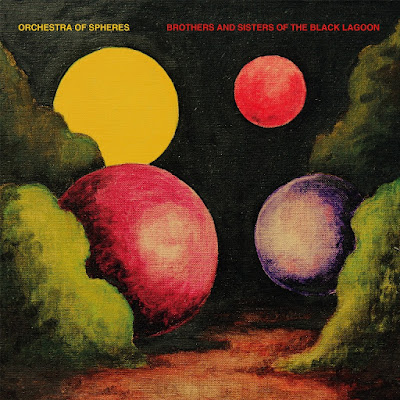