From The Vault: Country Joe & The Fish – Electric Music for the Mind and Body (1967)

From The Vault: Country Joe & The Fish – Electric Music for the Mind and Body (1967) 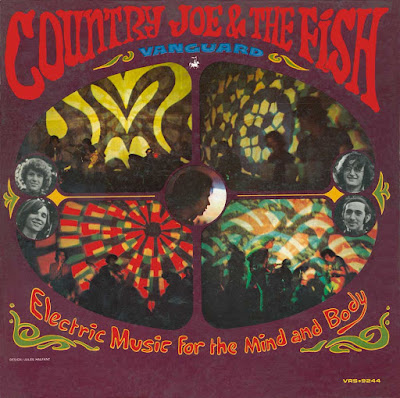 They say that if you can remember the 60’s then you weren’t there … well that’s true, sort of, so let me tell you what I do remember.
Hippies, Flower Power, LSD, and Psychedelic Music were what the 60’s were about for most people, but the reality of the fact is that the 60’s were really the summer of 1967 and the spring of 1968 … after that, though the look was there, the dreamer was waking to the reality of an acid trip that may have lasted just a bit too long.  There are a couple of bands that float to the surface of everyone’s mind from those heady days … Quicksilver Messenger Service, The Grateful Dead, The Jefferson Airplane, and a small cast of others which included Country Joe & The Fish.
But, as today with the neo-psychedelic sound, there were only a handful who wrote music regarding, influenced, or to be listened to while using LSD … it was those who dove deeply into the substance, who were so overwhelmed by the experience that they seemed compelled to try and capture this adventure in music.  These groups played live and became the soundtrack to people’s weekly adventures into the psyche of their own consciousness, at places like The Fillmore, and The Avalon Ballroom … where one could walk in, cop a tab, tune in, turn on, and be musically tripped out from 8 PM until 4 AM in the morning.  And the undisputed leader of this adventure was Country Joe & The Fish, who’s every song seemed to be laced with acid. 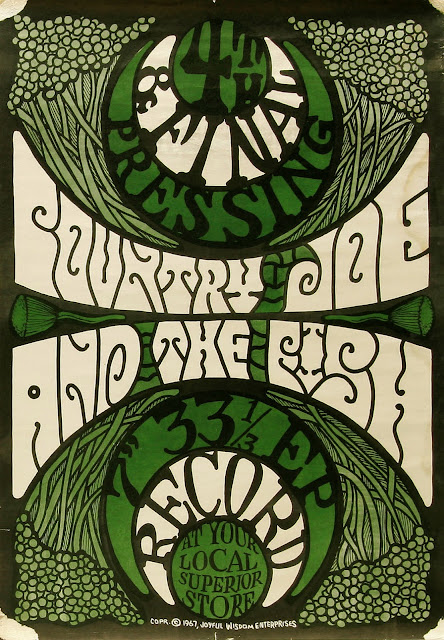 Trying to capture this live feel on record proved more then a challenge to say the least.  More than likely these studio sessions were as acid fueled as the concerts, which often didn’t lead to a productive outcome, but when they did, it was pure magic.  The songs seem so simple compared to the material done today by groups like Spacemen 3 or The Darkside … but they were richly textured, with quite masked vocals, whispers of words, sounds that took advantage of the new stereophonic technology, bouncing music from one speaker to the other, all richly textured and often with a sly comic sense of the absurd.
This is the beginning … this album, “Electric Music For The Mind And Body” is where it all started, the source from which the future of psychedelic music was to rise like giant orange flowers, growing past and through green clouds that carry moon beams to light your way in the darkness of a warm summer’s eve, a San Francisco night.
Let me see, there was Owlsley, Orange Barrels, Window Pains, Purple Haze, Silver Flake, Blotter … and Country Joe & The Fish knew how to make all of them do what they did best … trip you out.
Our interviews with members of Country Joe & The Fish
Joe McDonald interview
David Bennett Cohen interview
Barry Melton interview
– Jenell Kesler
© Copyright http://www.psychedelicbabymag.com/2016
Country Joe and the FishFrom The VaultJenell Kesler