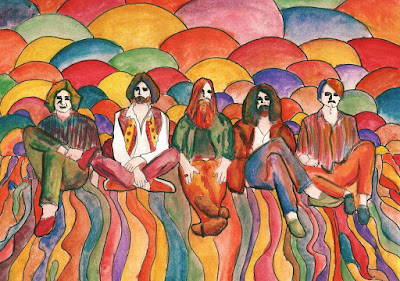 In the haze of Krautrock’s capital Düsseldorf Marcel Rösche (Vocals, Percussion), Felix Wursthorn (Guitar, Synthesizer), Thibaut Sanli (Bass) and Noel Lardon (Drums, Percussion) got together as Love Machine in early 2013. Dedicated to psychedelic improvisation, krautish weirdness, minimalism and unpredictable performances they soon recorded their debut LP A Present to the Galaxy which was released on Tonzonen Records in 2014. Meanwhile they were joined by Hendrik Siems (guitar) and played more than 50 shows in clubs and at festivals in Germany and Switzerland following the release of A Present to the Galaxy.
Love Machine is living a spirit of free floating creativity in recombining influences of psychedelia, blues, jazz, african and latin american rhythms and analogue electronics. An attitude they share with bands from the San Francisco era and the hightimes of Krautrock. This bundle of american and german popcultural tradition paired with their high voltage live performances established Love Machine as part of the german underground music scene and made them a favourite both of crowds and critics in the last two years.
You can catch them on tour 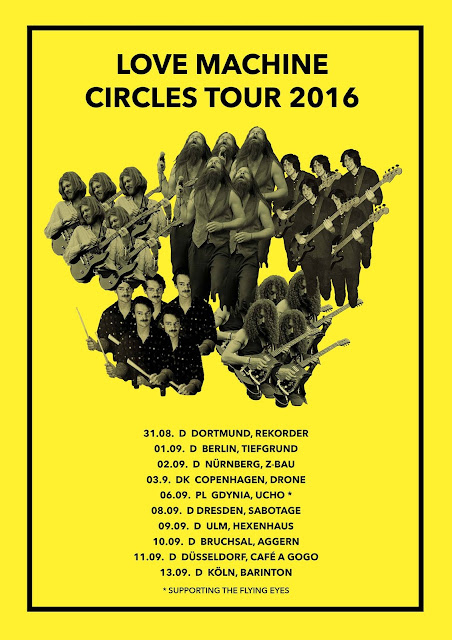