Bright and airy, almost ambient, Moonlust, by The Holydrug Couple is a step in the evolution of dream-pop, creating a sense of transparentness, space, romanticism, and the need for infusing a sense of clarity and privacy into our very beings. The Holydrug Couple do this through music, though with a name such as Holydrug, the notion of narcotic pop-music might just be a genre that’s slowly ebbing its way into the musical lexicon of our lives.

There’s a yearning vagueness to this sound, creating a desirable melancholia that is purposeful and enticing, envisioning an illusionary atmosphere of being alone in the crowd. The Holydrug Couple don’t so much relay stories to you through their vocals, it’s more that they create a palette onto which the listener is able to project their own thoughts, visions, wishes, longings, and objectively channel the core of their inner desires through the contours of this dream-laden soundscape.

There are few edges to be found anywhere in this release, even in the vocals, where voices are used as much as instrumentation. In the same manner there’s a distillation of any solid surfaces onto which one might attempt to extract an essential meaning or central aspect of Moonlust. 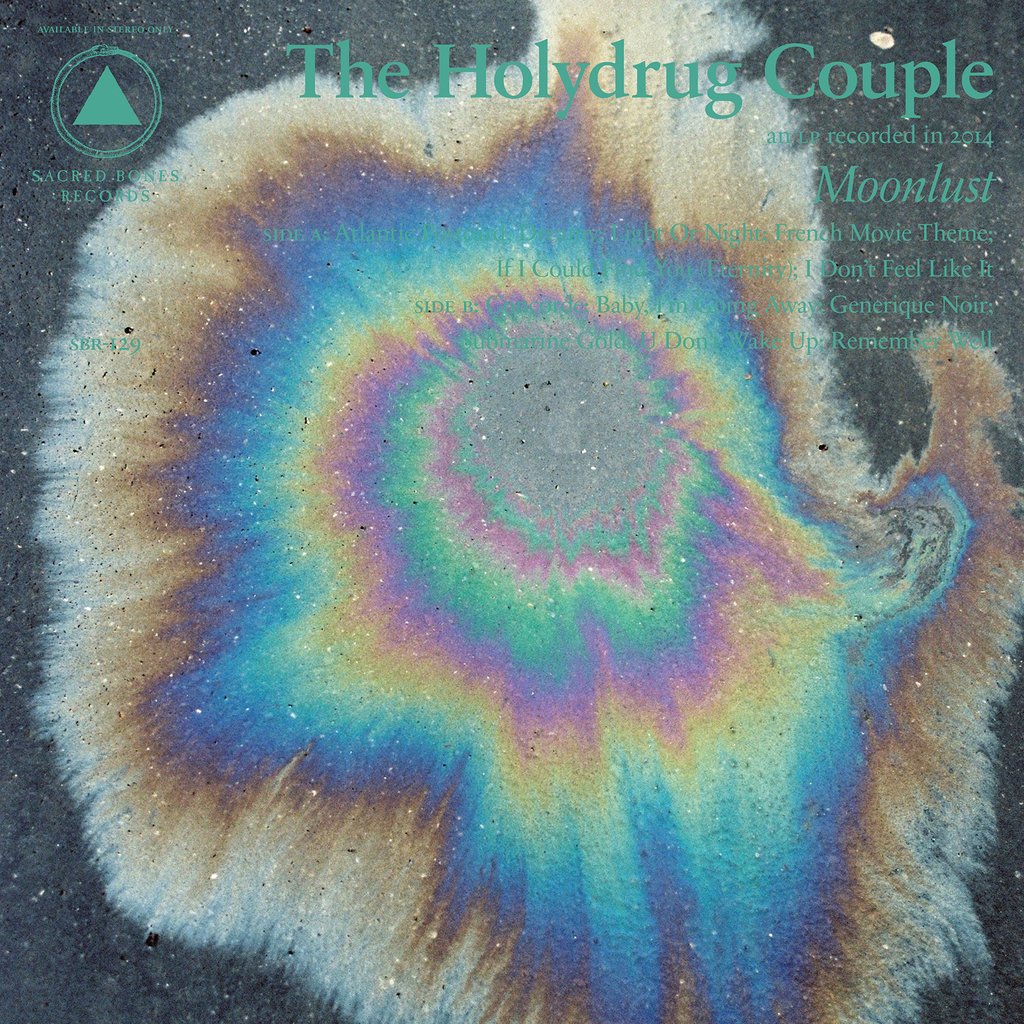 The music is disarming, in much the same manner as were the Cocteau Twins, or even Galaxie 500, where it’s all about the smoothness, the lack of challenge, and the readiness allow ourselves to be swept away with total disregard.