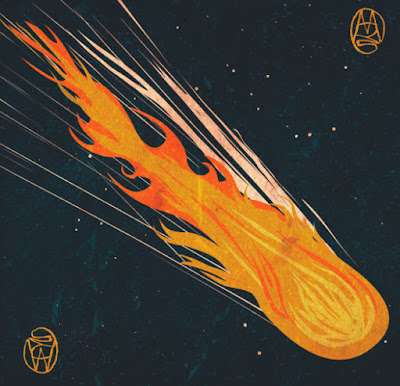 Some time ago Saint-Petersburg had a great chance to meet French wizards called “Mars Red Sky”. I didn’t waste any time and quickly asked a couple of questions to find out a little bit more about charming citizens of Bordeaux who became quite well known in their genre. They have four releases so far, all available at their bandcamp page (https://marsredsky.bandcamp.com/) 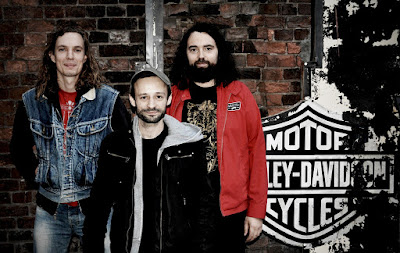 Hello guys. Let’s start with a basic question. What was the first song you learned to play on guitar?
Julien: Let me try to figure it out…something from Metallica, I think.
Jimmy: I had been taking guitar lessons before. I was a beginner, a very first level player. I remember our teacher asked everyone to choose a song we want to learn. Well, the next day, each student came back with “Metallica”, “AC/DC” etc. I returned with a song of some dark gothic band (maybe it was “Death in June”, don’t remember exactly). But when the teacher played the tape there was only bass guitar in my song. Bass and vocals… But for me it sounded like a guitar part. Anyway, that’s the story.
Mathieu: I’m a very bad guitar player. But I learnt to play. Tried to play “Satisfaction” riff of “The Stoones”and couldn’t understand how they could get that sound – cos  it sounded completely different on my guitar (I was playing the classical guitar, and I was too young to understand, that I needed another kind of instrument to reach the similar effect). And if we talk about drums, probably it was one of “Nirvana’s” songs.

And what was your first pedal?
Jimmy: Boss distortion, the yellow one. And it was mostly because one day I invited a friend, David (he played in a band already) and I was amazed by the sound of his guitar. He just put his foot on the metal box and suddenly the sound became gorgeous. I didn’t know a lot about guitars and stuff at that time, so it blew my mind completely.
Mathieu: It was a kick-pedal, of course.
How about your “guilty pleasure” artists?
Mathieu: I don’t have any CDs or records, but if there was Beyonce on the radio, I wouldn’t change the channel.
Julien: The same with Rihanna, right?
Mathieu: Yes!
What’s in your van?
Jimmy: Pretty simple – juice, fruits, a couple of energy drinks and water.
That’s all? Nothing special, like, for example, 150 pairs of white socks or a small monkey?
Julien: No, nothing special.
Which movie would you prefer for Soundtrack-writing?
Julien: Difficult question…so…
Jimmy: Remember, not porn! (laughing)
Julien: Let’s say “Space Odyssey 2001”. Or Coen brother’s “True Grit”
Jimmy: Julien, I usually imagine you doing some music for that director, very sensitive one, who shot famous movie about adolescence, “The Elephant”. What was his name?
Gus Van Sant?
Jimmy: Yes. Sure, Julien can make perfect music for that kind of atmosphere.
If you weren’t musicians, what professions would you choose?
Jimmy: Booking agent. Or driving instructor: it’s one of my fantasies.
Julien: If I could go back, I would pursue history, politics, and economy or, maybe, astronomy and quiet work in an office. Or at the library. Yes, I definitely can do that!
Mathieu: I could be a professional swimmer.
Describe what you think is your typical listener.
Jimmy: We saw different kinds of characters: metal-heads, old 70s guys, saying to us that our gig reminds them of old times, teenager with his crying mom (she was too emotional), not-anything-special guys with their girlfriends…
Who would you like to support on a tour?

Mathieu: Would be great to play with Bruce Springsteen, but unfortunately he does not need anyone.
Jimmy: Beyonce! Crazy! Just imagine – “MRS” is playing at the huge stadium before Beyonce.
Mathieu: Also we could be a nice backing band for her! (smiling)
The most awful gig you ever had?
Jimmy: One definitely – I really fucked up everything that time, had problems with my hand during all the show, it seemed like it got stuck and I could not move it. Suppose nobody in the audience noticed that…
Jimmy: Sometimes they know… (Smiling)

So, only technical problems? Nothing like…
Julien: Total disaster?
Yes…
Once in Italy we played in front of 3 people, and that place had been full before we started (something about 150 people). So we played for the German dude, his girlfriend and another guy.  And we all thought: “What’s going wrong here, man?”…

Why do you think there are many great bands, that don’t get much attention. Bands, that actually care about sound, visuals and everything, but despite all of this only a few people know about them.
Suppose you are talking about bands, which are creating music for music lovers – for such kind of people, for whom music takes about 90% of life. For usual people it takes only about 10 %. Obviously, if you count, it will turn out that 10 music lovers = 100 usual listeners. That means everything is balanced. Actually, it’s totally normal, when people, who are really involved, think that the main stuff is crap – for example, if you care about what you eat, you won’t eat at McDonald’s. However, small restaurants with homemade food are still working. Unfortunately, music industry tends to focus on bands recording nothing special, but fast and groovy. That’s the industry – it makes the things really flat, music for industry is something trivial and ordinary, like the water in the tab: you should not think about it, music should be everywhere and just keep going. 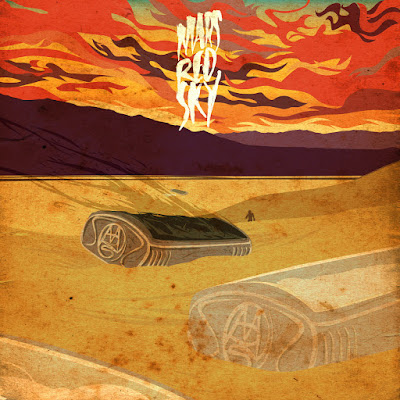 Since you travel a lot together do you ever argue with each other?
Mathieu: Don’t think so. If we have a problem, we will talk. If we have something to say, we will just say it. We are trying not to make the situation worse. So let’s say that in relations between us “the bomb never explodes”.
Jimmy:  Let me say…
Julien: Oh, no! Not again! I’m quitting! (laughing)
Jimmy: Everyone has his own way of thinking, but as a band, we have developed a kind of social intelligence already.
Mathieu: We all had a band experiences before, so we know how to deal with our behaviour when to do and not to do, when to say and not to…
Jimmy: You need to know we are very different, but anyway we fit well. Especially in the beginning, it was funny to say that our collective consisted of Nazi (drummer), depressive guy (Julien) and a crazy guy (Jimmy). But, as I mentioned before, we get on quite well and learn from each other. To sum up, just want to say I usually try not to mess or fuck up something, coz I simply appreciate those two.
Mathieu: He wants to say he loves us.
What brings you more inspiration – noisy town or a quiet desert?
Jimmy: I reckon music is more organic and more for the countryside.
Julien:  Depends on what you are recording. Any kinds of speech, expressions – music or whatever, are based on experiences, you remember them even if you don’t think about them – memories emerge unconsciously from you mind. At some point they suddenly pump up in your head, then twist, and after you rub a guitar or a drum and finally you come up with a riff or a drum pattern.
The last question. What three things would you choose to take with you to the abandoned island?
Mathieu: Ginger root (coz you can just put it in the ground and it will grow forever), a pair of drumsticks and a knife.
Jimmy: I think you can always make a pair of sticks by yourself if you have a knife.
Mathieu: Ok, ginger root, a knife and one small box of sardines.
Jimmy: My choice would be very simple – a gun with one bullet.
Julien:  Boat with paddles – to leave the island. 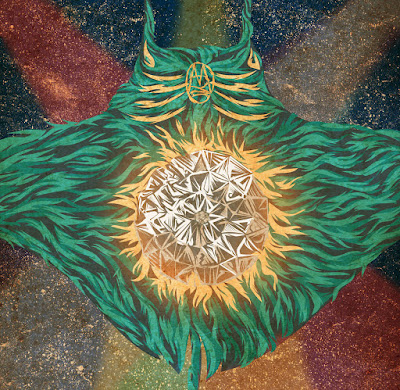 Impossible – the island is too far away and it’s located in the open sea.

Jimmy: No! The guy from 50s, Alain Bombard, had already done something like that – he theorized that a human being could very well survive the trip across the ocean without provisions and decided to test his theory himself. It took him about 2 months to sail across the Atlantic Ocean on a small boat. 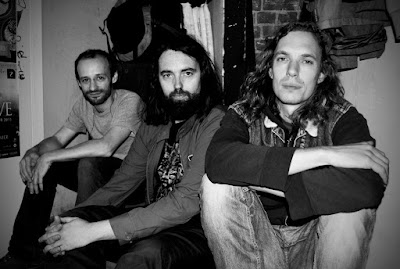