The folks out at Safety Meeting Records have been busy brewing up something extra special in their sonic laboratory lately and the resulting live album is one of the sweetest I’ve heard in a long, long time! There may never have been a more appropriate opening to an album than this: “It’s 4:20, so please to high on…” They’re the only words that precede the insane blistering noise and psychedelic psychosis that is the opening track on Acid Mothers Temple and The Melting Paraiso U.F.O.’s new album Live In New Haven “Born Free Stone Free”.

This serves as a good reminder that Live In New Haven isn’t some protracted studio experiment or anything, this is just a couple of guys on a stage with instruments, one the spot, right then and there, which is all too easy to forget while you’re listening to the album honestly. The recording is so crisp, the performance so decisive and so well executed, that you have to keep reminding yourself this is a live album, or at least I do. With “Cometary Orbital Drive” Acid Mothers Temple and The Melting Paraiso UFO immediately sink their teeth into a gnarly jam from the get go, a simplistic but tasty guitar riff leading the way for explorative space sounds and a confident striding bass rhythm that seems to be the real beating heart at the center of everything. The slow shift up in time is almost imperceptible until you find yourself nearly levitating out of your seat with tension, hands tense and taught with white knuckles digging into the arm rest beside you. “Cometary Orbital Drive” begins to invade your brain cavity as the song continues to gain momentum, building like a freight train snapped loose of its controls, rocketing towards some unknown destination an infinity away. A clamoring wall of fuzz finally builds to a head like a great wave, and eventually breaks, receding back into the ocean of sound and prophesying the oncoming sensory onslaught which is the perfectly named final track on Live In New Haven, “Space Speed Suicide”. The berserk energy comes to a head here on the final side of the final LP and honestly I don’t know how else you could have ended this album. The psychotic fits of energy summoned up from the very gates of psychosis are repacked into something tangible, something almost understandable, into something most definitely audible if nothing else. The howling rhythmic vocals tumble and spill over the wet, distorted guitar lines and hammering bass to join forces with the bone jarring drums, hopping like frogs in a dynamite pond now. And just when you think things can’t get any harder, the band begins to push farther and farther, harder and harder, probing the abyss of madness for jewels of forgotten knowledge and splendor, ejecting the frantic energy from the song like a shell casing before it finally comes to a grinding halt with the ear piercing feedback of an abused guitar now abandoned and forgotten on an empty stage. Some people hate live albums. I’ve always loved them and Live In New Haven is one of those albums I can point to as a great example of why that is. It allows the truest, deepest, and rawest intentions and components of a band to show through, completely unconstrained or tainted by anyone or anything else in the world. And that’s not always such a good thing. In this case though, it’s an amazing one. 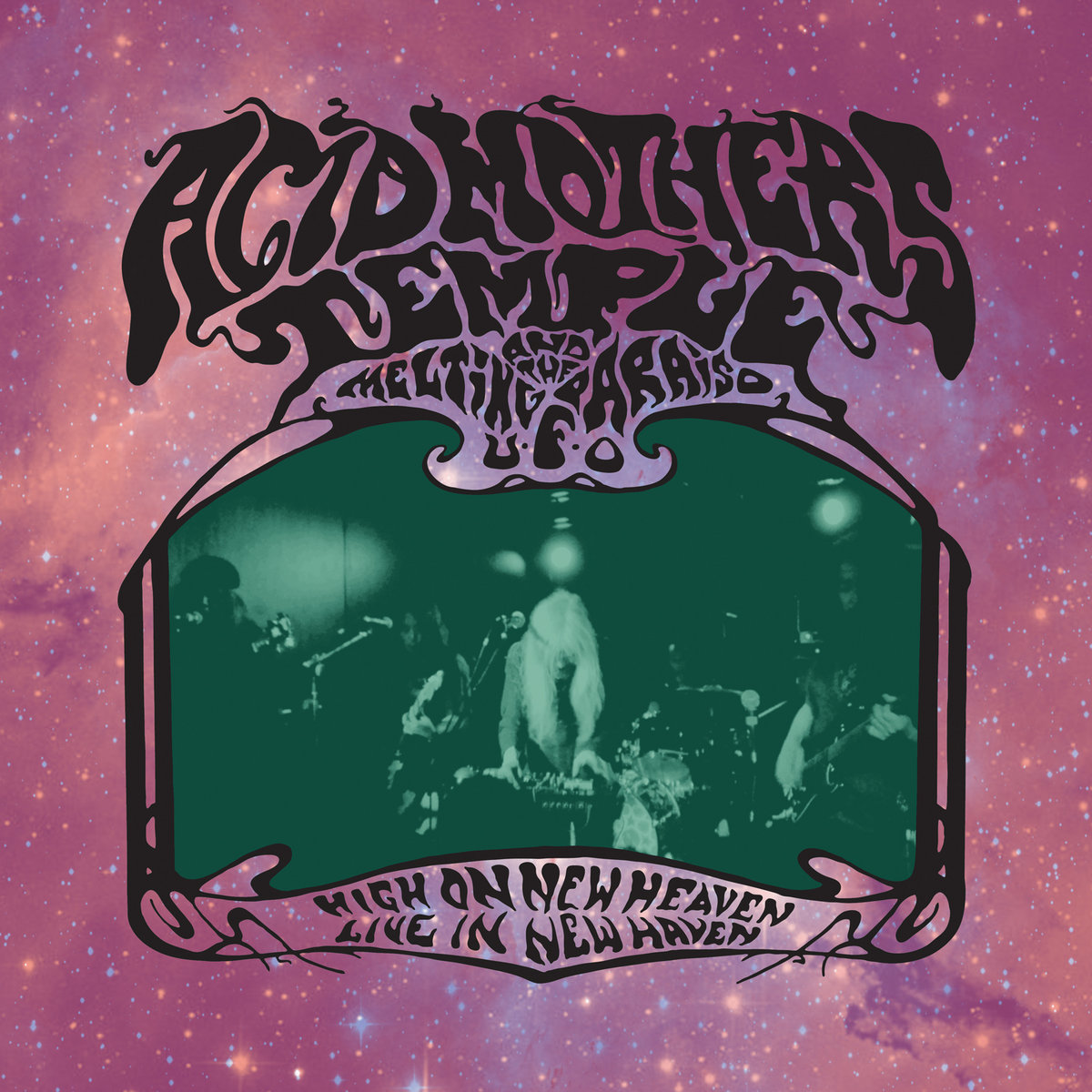 I highly recommend scoring the triple-LP set, which is strictly limited to a one time pressing of only 400 copies. There’s already been an edition of a 100 copies on color vinyl with wicked screen-printed covers that’s sold out, and from what I understand the black wax of Live In New Haven is disappearing at a pretty brisk pace as well. Live In New Haven isn’t just an essential own for fans of Acid Mothers Temple, it’s in fact more likely a staple in just about any self-respecting contemporary psychedelic rock enthusiasts collection these days. The shifting soundscapes of Live In New Haven make it an extremely versatile album, with blistering solos, leads and instrumental breaks this is a must have for fans of face melting madness like Earthless or Heavy Blanket, but the slow burning energy of other tracks makes it a must own for fans of more mellow instrumental stuff like GOAT as well. This album deserves a spot on your record shelf, rest assured… Check out the link below for some streaming music, and if you like what you hear check out the other link and make sure to cop yourself some of this sweet, sweet psychedelia before it’s all gone!