Formed by the merging of two of Rockford’s top rock acts of the day with the intent of writing and playing original songs Fuse left behind a small but absolutely essential body of recorded work. From The Grim Reapers came vocalist Joe Sundberg and guitarist/keyboardist Rick Nielsen, while the bluesy Toast ‘N’ Jam supplied lead guitarist Craig Myers, drummer Chip Greenman and bassist Tom Peterson. The band would perform as The Grim Reapers right up to signing with Epic Records who thought the band’s name was too dark, thus the birth of Fuse.

Fuse’s primary songwriter was Rick Nielsen who was heavily influenced by British rock bands of the day such as The Move, The Yardbirds and King Crimson. Nielsen kept the band supplied with new LPs to listen to and his family ran a music store so he kept up on the latest instruments. The band was signed to Epic Records, on the strength of a single recorded as The Grim Reapers coupling a cover of the Lieber/Stoller classic ‘Hound Dog’ and a band original ‘Cruisin’ For Burgers’ written by Sundberg and Myers. The former is a much revved up version of the 1950s tune, driven by Myers’ incredible guitar work, Sundberg’s roaring vocals and Greenman doing battle with his drum kit. The flip side is a real rocker dominated by Myers’ seemingly endless display of guitar playing prowess. It is little wonder that Epic signed the band to a contract and a certain Mr. Cohen at the label was so impressed that he referred to Craig Myers as the US version of Jeff Beck.

Once signed to the contract Rick Nielsen and Tom Peterson did some shopping for the band. Nielsen and Myers got Gibson Les Paul guitars, there were Sound City amps all around and Chip Greenman got a custom drum kit from Ludwig headquarters in Chicago as well as the band purchasing a mellotron for its stage show. Armed with new equipment and plenty of material Fuse traveled to Chicago to record their album and what an album it is!

Straight from the get go Craig Myers’ feedback drenched Les Paul introduces the opening number ‘Across The Skies’ with Nielsen’s organ as a steadying force. Greenman attacks his kit and Sundberg’s vocals float above it all. Fuse is in control from the start, changing tempos at will until a crescendo of Myers’ guitar and Nielsen’s organ bring the song to its close. As with many other songs on the album this would have been an excellent choice for a single, with its driving beat, infectious groove and Myers’ killer solo. ‘Permanent Resident’ like ‘Across The Skies’ was written by Nielsen and Sundberg. The track opens with Nielsen’s ever present organ and Greenman’s pounding drums before Myers enters with his swirling guitar. Nielsen and Myers settle into a hot riff before the latter pulls off another of his amazing solos. The song, a showcase for Myers’ guitar and Greenman’s drums would likewise have been an excellent choice for a single. Greenman’s drums introduce ‘Show Me’ a hard rocking tune filled with Myers’ stinging, distorted lead guitar and the interplay of Myers and Nielsen on keyboards. The tune displays the incredibly tight rhythm section of Tom Peterson and Chip Greenman who drive the beat throughout. A personal favorite from the LP is the instrumental ‘To Your Health’ penned by Nielsen. Myers’ guitar is everywhere as Nielsen’s keys repeat the riff and Peterson and Greenman are locked into a groove. Craig Myers gives a hint of acoustic guitar about three and a half minutes in, but at the four minute mark his Les Paul is screaming and Peterson and Greenman step up the pace bringing the six minute instrumental, and side one of the LP, to its finish. This song would have been a wonderful b-side.

Side two of the album opens with another number showcasing Craig Myers’ guitar prowess, the Nielsen/Sundberg composition ‘In A Window’. Besides Myers’ beautiful lead line the song features gorgeous vocals by Sundberg. Again, Peterson and Greenman kick it up a notch before Myers takes over with Nielsen’s ever present keyboards holding things steady. ‘In A Window’ would have been an excellent choice for a single as well.

The chugging beat of Myers’ echoed guitar introduces ‘4/4 3/4’ a Sundberg/Myers tune. The song features a nice tempo change and wonderful Sundberg vocals before Myers’ Les Paul takes over at the three minute mark and is off to the races for the track’s final minute. Peterson and Greenman find a deep groove for ‘Mystery Ship’ with Nielsen’s keyboard repeating the riff. Myers’ guitar soars with Sundberg’s vocals over the top. The ringing Les Paul and pounding beat of Greenman’s drums dominate this Nielsen composition that would have been yet another fine choice for a single. The album closes with Nielsen’s ‘Sad Day’ which begins gently as Greenman and Peterson hold down the bottom end and Nielsen’s organ contributing the melody with Myers’ guitar being restrained until the 4:20 mark at which his solo fills the final minute and a half of the LP. 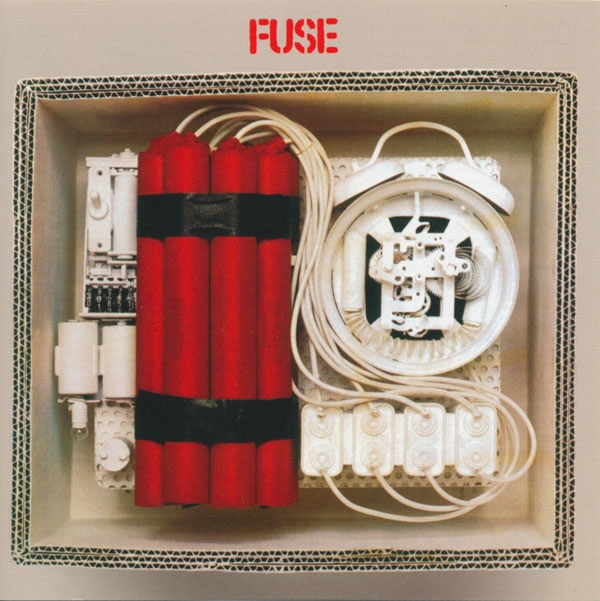 Although there were plans for a second album difficulties with management, their label and musical differences between members of the band ensured that there would be no more releases by Fuse although they had plenty of material. In their heyday Fuse shared the stage with such bands as The Zombies, The Yardbirds, The Turtles and The Association. Some pretty heady acts to share the stage with to say the least.

Having heard some of the songs intended for the second album and single mixes for several tracks from the LP I can only say it was a sad, sad day for rock music when Fuse hung it up. Luckily, there are the album and single sides (included as bonus tracks on the CD reissue) to document one of the Midwest United States’ best rock bands of the late 1960s and early 1970s. One listen and you will realize just how special this band was.