In a career that has already spanned a half-century, Jorma Kaukonen has been the leading practitioner and teacher of fingerstyle guitar, one of the most highly respected interpreters of American roots music, blues, and Americana, and at the forefront of popular rock-and-roll. He was a founding member of two legendary bands, The Jefferson Airplane and the still-touring Hot Tuna, a Grammy nominee, a member of the Rock & Roll Hall of Fame and the most in-demand instructor in the galaxy of stars who teach at the Fur Peace Ranch Guitar Camp that he and his wife operate in picturesque Southeastern Ohio.

You have a brand new album out ‘Ain’t In No Hurry’. It’s a collection of blues, rockers and your originals. What’s the story behind recording it?

Jorma Kaukonen: Nature abhors a vacuum… it was just getting to be time. I realized that it had been five years since ‘River Of Time’.

How did you decided which songs you’ll include?

I consider my repertoire as a part of my personal story at any given time, which is why I’m always honored when someone chooses to listen to my work. As you know, I really love old… to very old music. The images contained in that period material always strikes a responsive chord in my heart. The new songs that I wrote for this project just continues “the tell.” I re-recorde ‘Bar Room Crystal Ball’ because I wanted to give it an acoustic treatment. 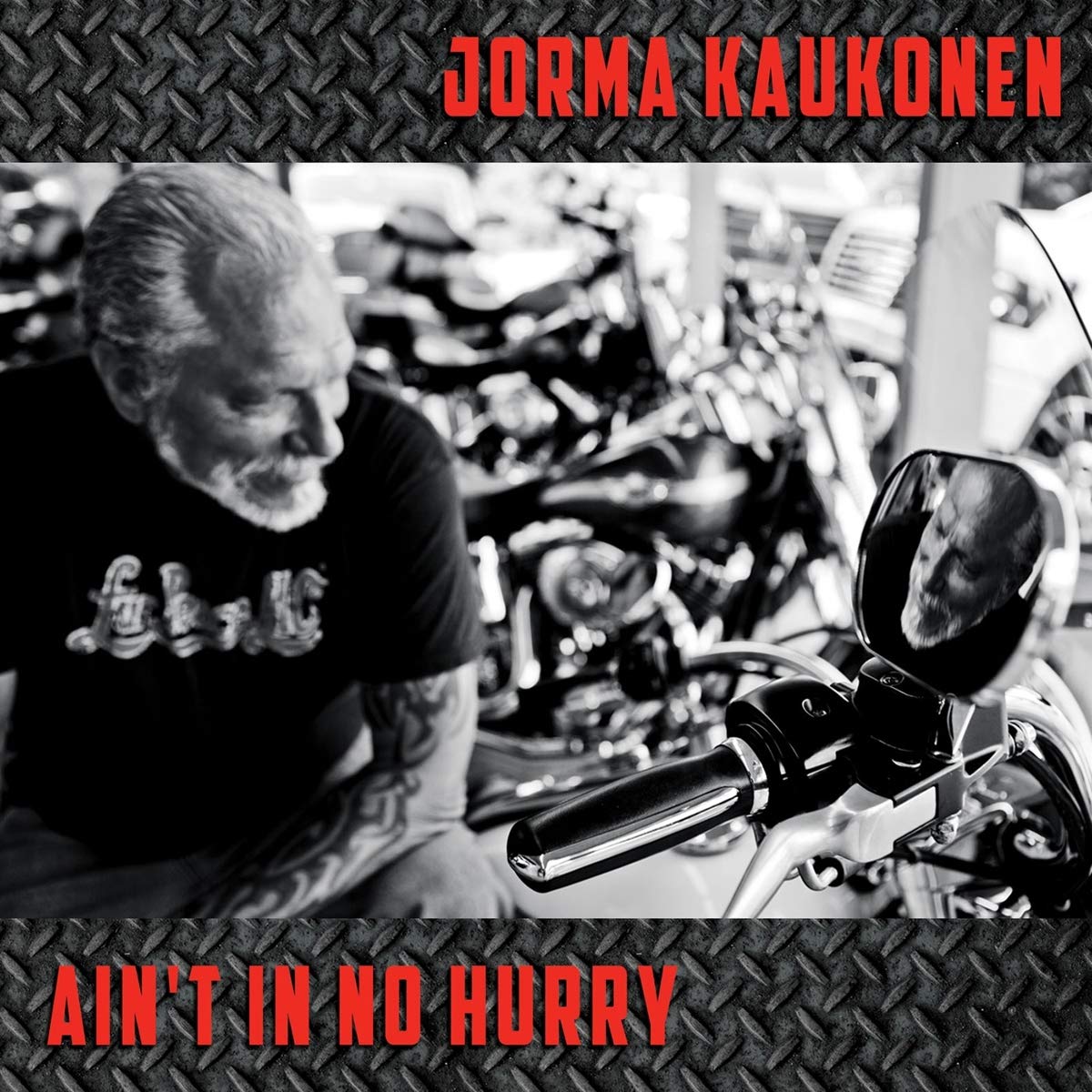 Usually I start with the music… a guitar lick or set of changes… not always though. ‘River Of Time’ started as a poem and the music followed. Once I get the music off the ground I just follow the words until it is time to edit and finish the tune. That’s definitely the way it was for ‘Ain’t In No Hurry’.

This new album also offers a lost Woody Guthrie lyric set to music by you and Larry Campbell, the album producer.

Well… what an honor it was for Nora Guthrie, keeper of the Guthrie legacy, to give us this opportunity. Woody was, quite simply, the man!

You’re currently on a tour with Hot Tuna. Will you play any of these songs?

Absolutely. I play all these tunes with Jack in our acoustic format and we’ll at least be doing ‘Other Side Of The Mountain’ on the electric runs.

Can you share a few words about the musicians that helped you to record ‘Ain’t In No Hurry’?

Well… to have Larry Campbell, Teresa Williams and Justin Guip on board was a treat and an honor. To have Myron Hart, my friend, neighbour and guitar tech on board to play upright bass was the frosting on the cake.

Is there anything else that currently occupies your life?

Since the album is kind of autobiographical, I would like to ask some questions about the sixties. Was music a big part of your family life?

There has always been music in my life. My mother and father both played piano. Mom sang… my grandparents were always listening to classical music, or jazz… or songs from the Old Country, Russia…

What do you consider as your first exposure to music?

The wind up Victrola on our house.

In Washington, D.C you Jack Casady. Together you formed a band called ‘The Triumphs’.

Well… the Triumphs were a short lived band we had in 1958 in High School… good times. Jack and I met through his older brother Chick, who was my buddy.

“His [Ian Buchanan] introducing me to the Rev. Gary Davis changed my life more than words can say!”

At Antioch College you got befriended with Ian Buchanan. He introduced you to Reverend Gary Davis. What in particular did you like in his approach of playing?

Ian, may he rest in peace, was not much older than I… but he was generations older in his musical experience. His muse was Lonnie Johnson… but that was too advanced for me at the time. His introducing me to the Rev. Gary Davis changed my life more than words can say! Ian’s approach to music was so pure, so intense and so without regard to ‘success.’ He was a good one. Check out the site his widow put up.

In 1962 you traveled to west coast and started to study at Santa Clara University. You played blues music in various coffee shops. What did your repertoire consist of?

I met Janis Joplin, Jerry Garcia, Steve Talbott, Herb Pederson, Ron McKernan aka Pigpen and many others. At the time my repertoire consisted of many of the songs that are on the first Hot Tuna album as well as a host of others… bluegrass included.

What’s the story behind ‘The Typewriter Tapes’?

Janis and I were rehearsing for a gig… my ex was writing a letter to her parents in Sweden. I had a new tape recorder… I recorded everything.

Then you joined Jefferson Airplane.

I found it interesting… I came to love it later! Paul Kantner invited me to join.

What was it like to be in this band?

To be young… to become ‘a star’ almost over night… to go from being nobody to being somebody… hard to describe.

What can you say about the songwriting process in Jefferson Airplane? One of the most notable songs you wrote is ‘Embryonic Journey’.

‘Embryonic Journey’ was written in 1963… I didn’t really want it on ‘Surrealistic Pillow’… I thought it didn’t fit. I’m glad they made my put in on the disc. The song evolved from me messing around on a 12 string in drop D. 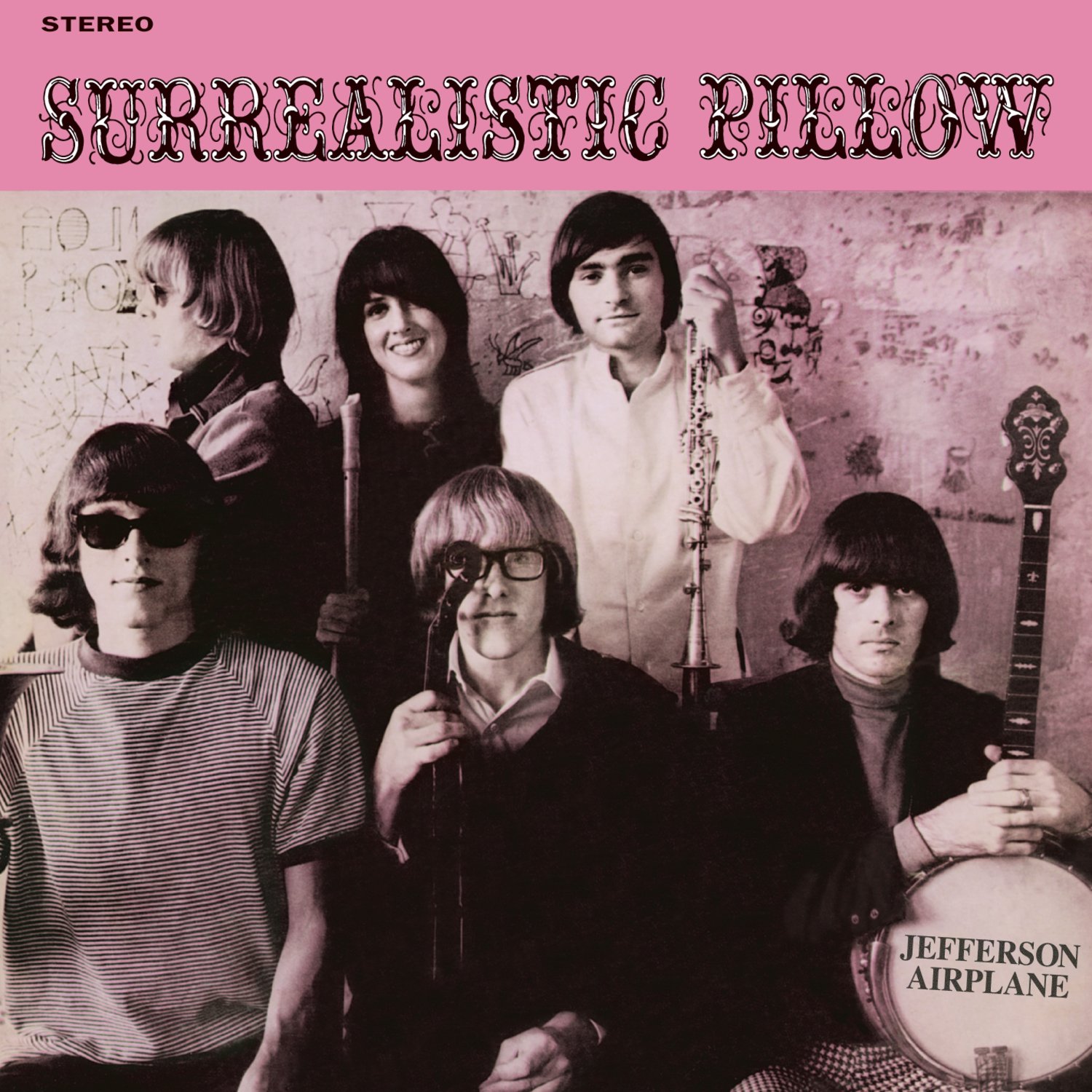 Hallucinogenic has had nothing to do with my playing, writing, or recording. Perhaps it could be inspiring to some… it was counter productive for me.

What are some of the strongest memories from recording albums with the group?

The excitement of new music, new techniques… both musical and technical… and, of course, being young!

What are some of the names from your generation that you enjoyed listening to?

“Hot Tuna is about the interaction between Jack and myself.”

In 1969 you decided to form Hot Tuna and get back to your roots. It’s still an ongoing project.

That it is… may it last longer.

My solo albums are about the songs… Hot Tuna is about the interaction between Jack and myself.

Any comments on Monterey Pop Festival or Woodstock Festival?

What’s the craziest event that happened to you?

Driving to NYC for the Dick Cavett show after Woodstock in a station wagon with flat tires.

Is there a chance for Jefferson Airplane reunion?

Thank you so much for taking your time and effort.

Klemen… sorry this took so long. Thank you! Jorma Kaukonen