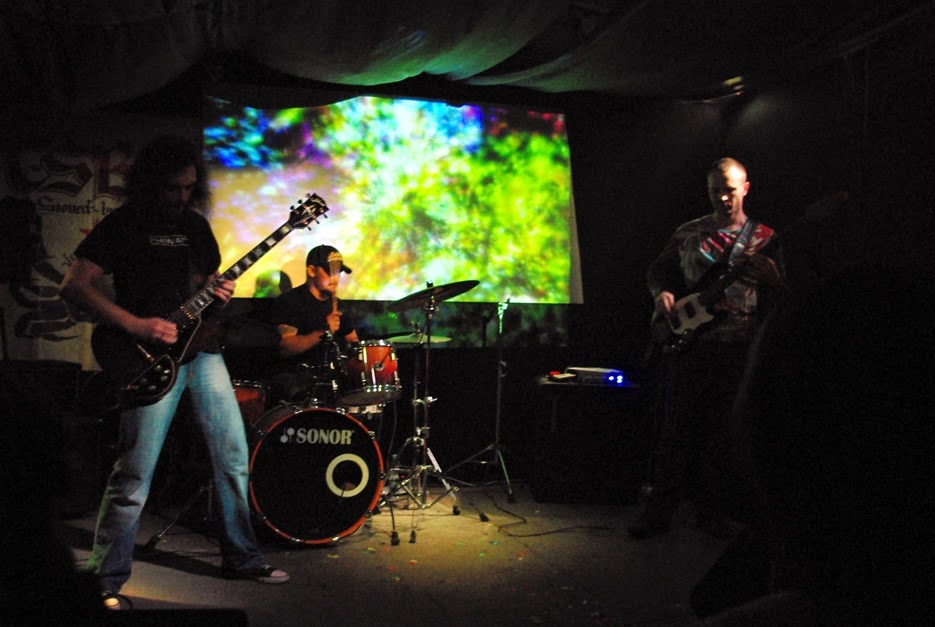 Re-Stoned are coming from Moscow. They formed back in 2008
and during the past few years they managed to release six albums. Their latest
has been recently issued on Headspin Records from Holland. Totems as they named the newest one is quite different from their previous albums.
Ilya Lipkin, who is the main man behind the band played in
various of bands. From hardcore stuff to dark folk, but in 2008 decided to
invest more time into a project called Re-Stoned. Return to the Reptiles was
their first recording and soon they managed to release Revealed Gravitation and
Analog, which remains highly regarded among the fans of this genre. In 2012 two
parts of Re-session came out (the second one after their next album Plasma, but
it was recorded before that) and after Plasma they started working on their
brand new above mentioned release Totems, which is kind of a different and
unlike their previous offering, it includes only instrumental compositions
ranging stylistically from the classic ’70s heavy-acid-rock to psychedelic
repetition.
http://re-stoned.bandcamp.com/ 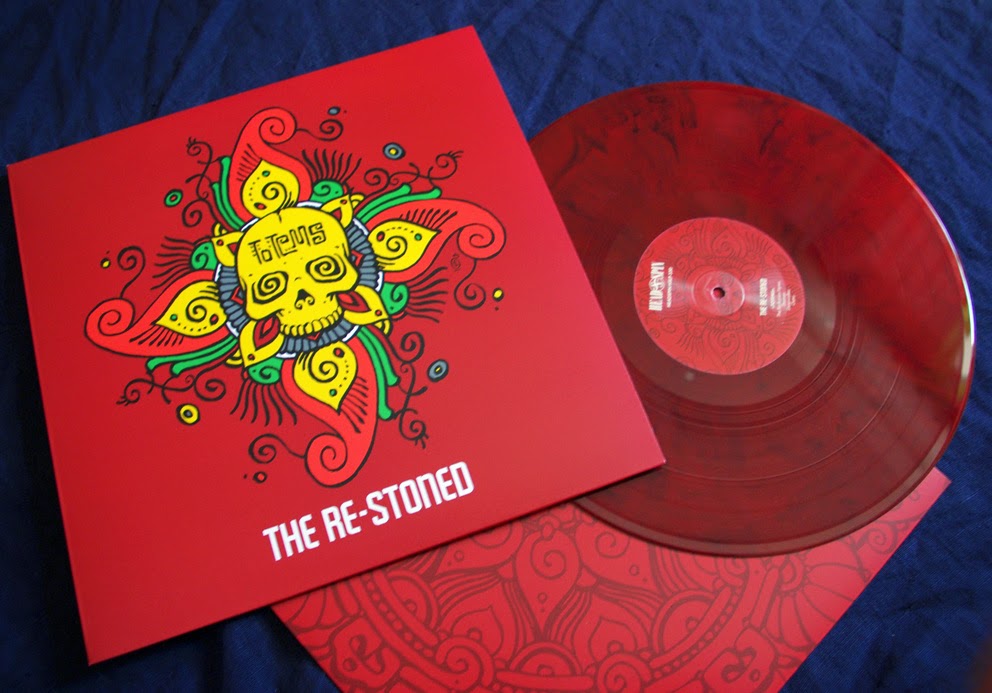 What can you tell us about recording Totems?
This album of The Re-Stoned is probably the first one, on
which I’ve done everything like it was intended to be from the beginning. It
has been recorded for many years and I had time to think every detail over by
easy stages. This album consists of different compositions, some of them are
quite old (Fire Bear for example – it was planned to be on the Analog album,
but we were late to prepare it for the recording). “Hypnosis” is an even older
track, but we had no time to make it earlier. Every track has its own story. So
I’ve composed “Barbarian Hymn” during our tour in Wales. More details had been
added later and a good friend of ours, Nikolay Fedorov, recorded a didgeridoo
for it. The track “Chakras” was based on the drum groove and the whole melodic
part was composed during the jam. 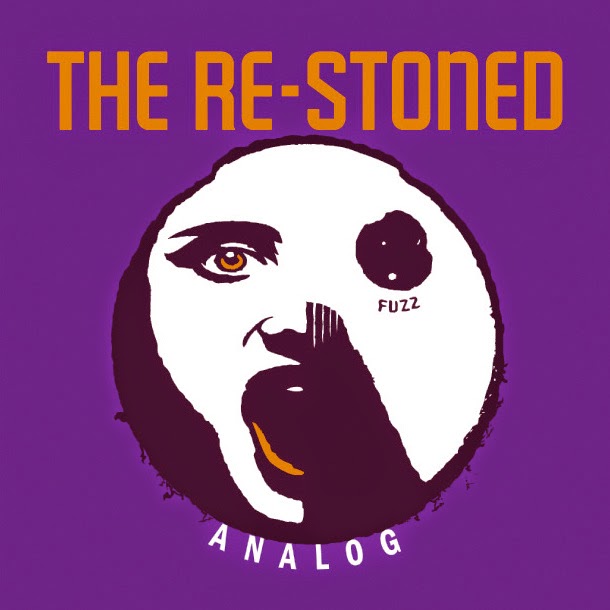 How does the process look like and what kind of equipment
are you using?
In the first place several drum tracks along with the cover
version of The Hollies for Fruit De Mer label have been recorded and after a
year – drums in other compositions and all the rest of it. We did the recording
in two studios – Moscow Sound and in my home studio. 90% of the parts I’ve
recorded playing my favorite guitar – Gibson SG Custom 72, I also used 12-strings
guitar Seagull, Gibson The Paul and a mandola (it’s a baritone mandolin) in
some tracks. With every new album the quantity and quality of the equipment is
raising. I hope the sound will be even better on the next album. As long as I
produce our albums by myself it’s very interesting for me to develop and to try
new equipment and work methods. It takes tons of time, but I know exactly how
our music should sound so I can micromanage the process. 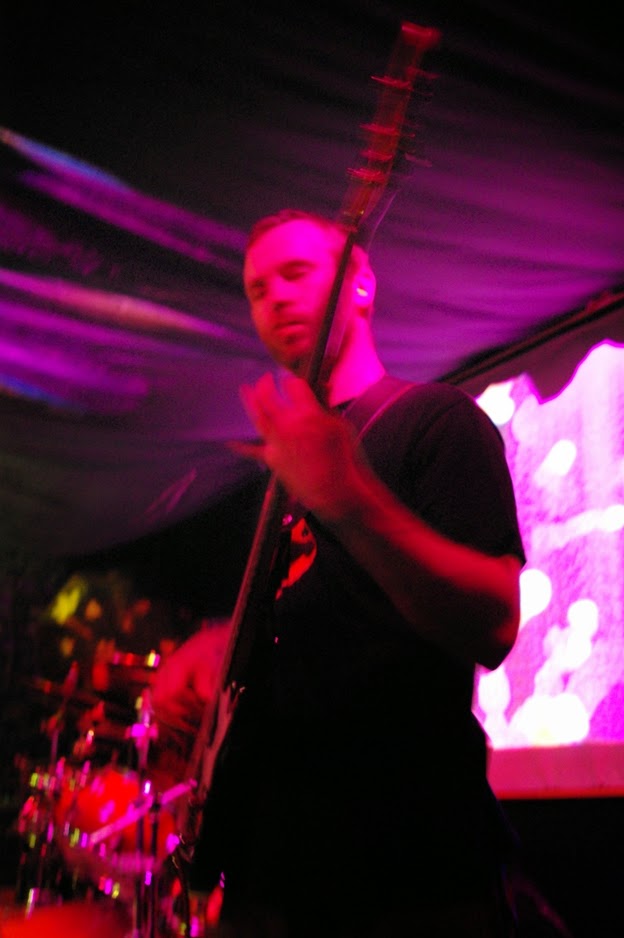 You had some guest musicians including Kent Stump of Wo Fat
(interview here). What can you say about that?
Oh yes, it was very interesting! I like WO FAT very much and
it was a great pleasure for me that Kent took part in the recording of our new
album. I simply asked him if he would like to record a guest solo for us and he
agreed. I like the result a lot! I have a second version of this track (“Old
Times”) with my own solo. Probably we’ll release it as a bonus or on a
compilation. By the way I’ve recorded a guest solo for WO FAT too, but
unfortunately this track hasn’t appeared on a split yet. And I was asked not to
reveal what it would be.
Russia is slowly opening as far as rock music goes and you
have quite some bands there, however I guess it’s still very hard as far as concert
goes?

Now we have a situation that it’s difficult to say if Russia
is opening or closing regarding rock music. General decrease in music industry
has begun long before, very few people come to concerts. As far as I know the
situation in Europe with the concerts in the clubs is quite the same. People
attend either the concerts of well-known musicians or big festivals. 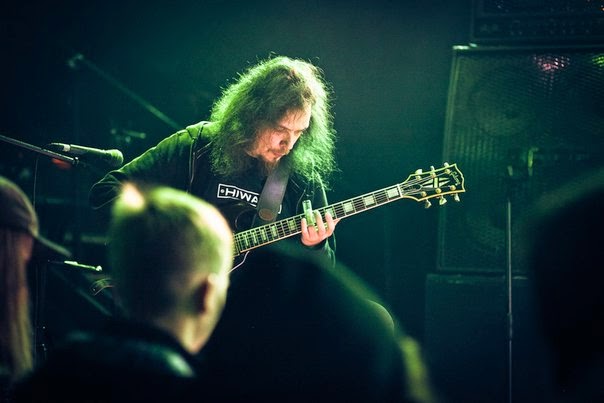 What are some other bands from your country you would like
to mention?
We have lots of great musicians here. But not all of them
have enough strength to make music continuously. There are bands that we have
appeared and will appear on stage with: Vespero, Without God, Human Factor,
Grand Astoria, Reserve de Marche, Brand Band.
Not long ago I’ve discovered a very interesting band from
Tver’ (a town not far from Moscow) – Snakecharm. In my opinion it is Miles
Davis jamming with Casua Sui.
Are you planning to go on a tour?
Oh, this is a sore point. I’m often asked on Facebook: when
you’ll come here or there. I’m dreaming about a tour of The Re-Stoned. I
eagerly want to play music, which I love for everybody who really likes it. But
it’s not so simple. All of us have families and we don’t work in offices… We
can’t travel at own expenses, we need an agency or people who could organize
it. We had lots of conversations about it but nobody grasped the nettle. I hope
it will happen one day.
Future plans?
We are already thinking about the new recording. I’ve always
had lots of material in demos. There can be draft compositions or simply
separate riffs. Now I have enough music for two albums or probably even more.
By established tradition The Re-Stoned’s new album won’t be like the previous
one. So it will be more psychedelic, acoustic and airy, not like Totems. But
it doesn’t mean that I have given up heavy riffs. This
will not do! I think there will be some new exotic instruments, interesting
guests. I have an artwork already (usually we had recorded music and the
artwork came later). It is a painting of a fabulous artist, Alexander Zhelonkin
aka “Arzamas”, who made the cover art for our latest album Totems. 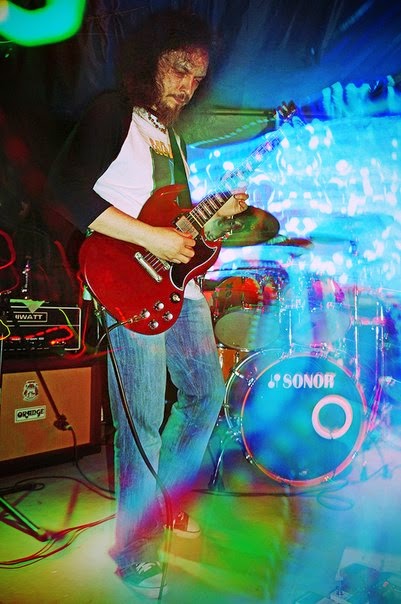