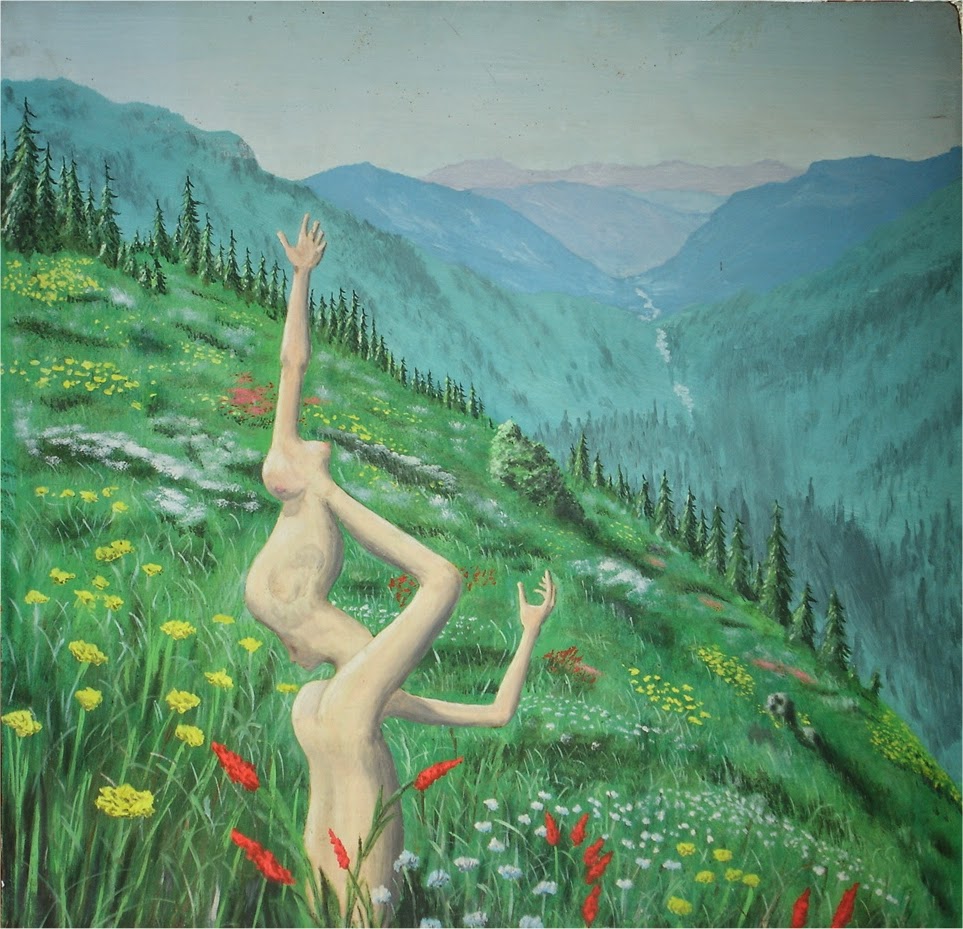 J.W. Farquhar recorded in early ’70s The Formal Female,
which is one of the very first lo-fi records. It’s made in the same spirit like
what Jandek or Stevie Moore later did, but J.W. Farquhar is still not fully
discovered by the masses. Shadoks reissued his LP awhile ago with extended
liner notes. This basement acid rocker recorded all by himself and he even used
basic drum machine. We spoke with him about making of this unique piece of
music. 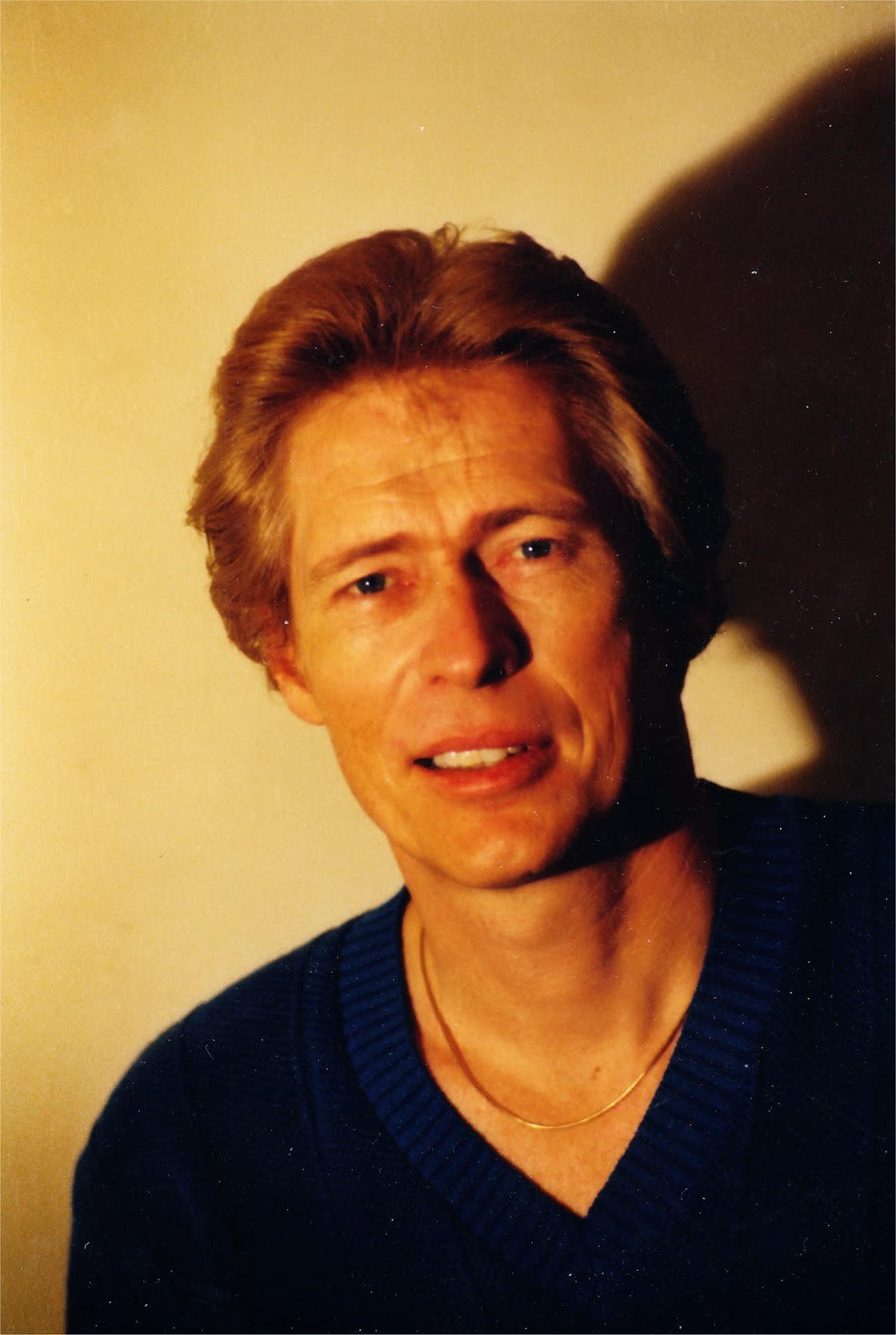 Thank you for taking your time. Would you like to tell us
first where did you grew up and what were some of the first music influences?
I was born in Camden, NJ often called the armpit of New
Jersey—South Jersey that is. From what I understand it was the most dangerous
city in the US. I always remember this derogatory comment from the comedian,
Don Rickles, when he met someone on a show:
“Didn’t I see you in the back of a bus in Camden, NJ?”
I grew up in Westmont, a small New Jersey suburb of both
Camden and Philadelphia, Pa.. Of course I heard the popular music of that time.
However I was most influenced  by the
music that my Pop liked—jazz, particularly piano jazz like from Oscar Peterson.
One of my favorites was, and still Is, Earl Garner. My Pop
was a singer in big band, a much better singer than I am. He also played guitar
in a small local band when I was little. I mostly remember him playing his
favorite songs on the piano at home with me while I played the guitar or bass.
This was my early musical influence.
Were you part of any garage bands back in the late ’60s?
No.
What was the scene in your town?
During my early phase living in Westmont all I remember was
being kicked out of high school for letting a rat go in the auditorium which
started a riot. The second phase was a 10 year marriage living in Berlin, NJ.
The third phase I moved to an apartment on Broad Street in Philadelphia for 12
years. It was in the early stages of this move to Philly that “The Formal
Female” was born. Unfortunately my third floor apartment faced the noisy
bustling Broad Street with a busy bar below. I had to tape foam to all the
windows to shut out noises like the trolley made, honking car horns, screaming
patrons from the bar below, and gunshots. I can’t imagine my lo-fi recordings
with all these noises in the backround.
Before we start talking about The Formal Female, I would
like to know if you have any other material, which didn’t appear on the album?
Actually I painted a brother to the distorted female on the
cover of the FF album. It is a large fluorescent portrait of a red lion. My
son, Cameron, liked it so much he took it away during his years at college.
Then I got it back. Then he took it away again so the tattoo artist could
transform it to his shoulder. He still has it, both the picture and the tattoo.
What’s the story behind making of The Formal Female?
Oh man! After ten years of marriage with a woman a man can
actually go nuts. My frustration needed an outlet. So guess what? I wrote
“The Formal Female” and followed it with “The Want
Machine.” I wasn’t interested in making music. All I needed was a mechanism
to fire out my message to the world in plain English. The music just happened
to be an effective carrier of the message—you can’t make a woman happy.
Is there a concept behind it?
Yes. You cannot make a materialistic formal female happy.
May I ask if some hallucinogens helped you to achieve this
album?
Booze.
You also used drum machine, which at the time wasn’t very
often used?
Yes I did use a drum machine, which was really nothing more
than a glorified metrodome. I used it on the base track just to keep my timing
synched to the rhythm. Most of the audible drumming on the album resulted from
me banging on my kettle drum, snare, and variety of tom toms. They now have
been inherited by my son, Cameron, who is a drummer in a band. 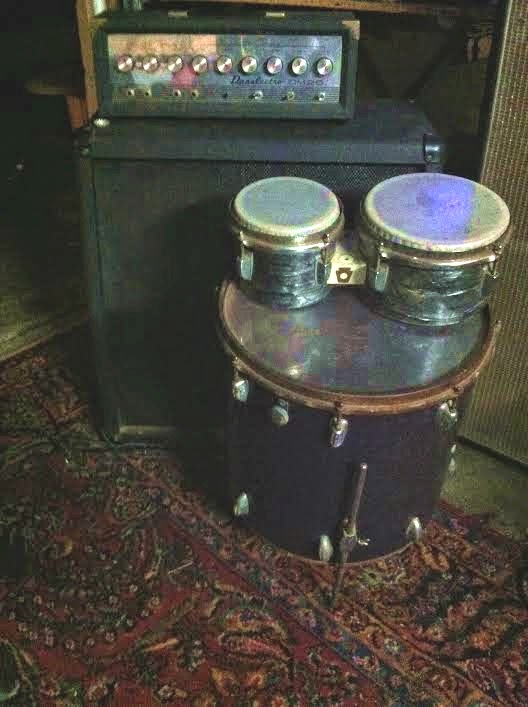 You named music characters for every instrument: Fender bass
– Riffery Lownut / Percussion – Slash Mullethead / Lead guitar – Callust
Likfinker. What’s the story behind this names?
Unfortunately there is no story other than the fact that I
had no help producing this album. So I had to not only transform into another
musician to accompany the songs, but I also had to learn to play the
instrument. I had to put on a different hat for each instrument player. They
had their own personality. So I gave them names that were memorable. Callust
Likfinger was my favorite, since I loved to produce reckless solo licks on the
guitar. Any guitar player knows you can’t play without calluses on your fret
fingers. I forgot to name my harmonica player, but he was an important break
filler. I used a harness to hold the harmonica while I was playing the rhythm
guitar, and had to use a stretchable strap to hold the harness tight . I
remember not shaving a couple of times, and my whiskers caught in harmonica.
That was painful and it always ruined the set. 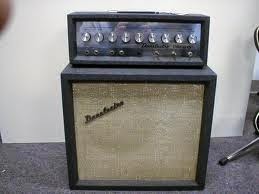 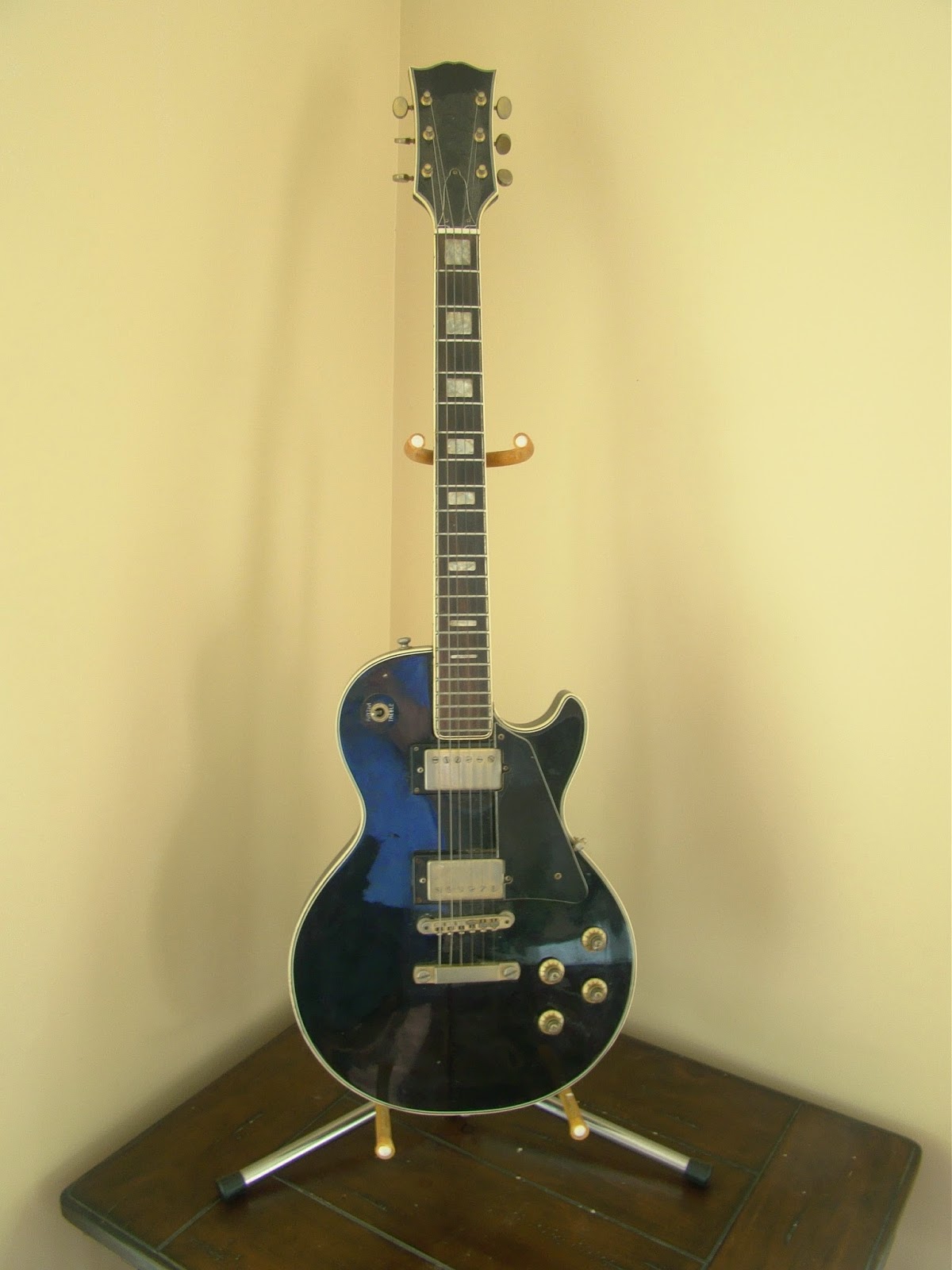 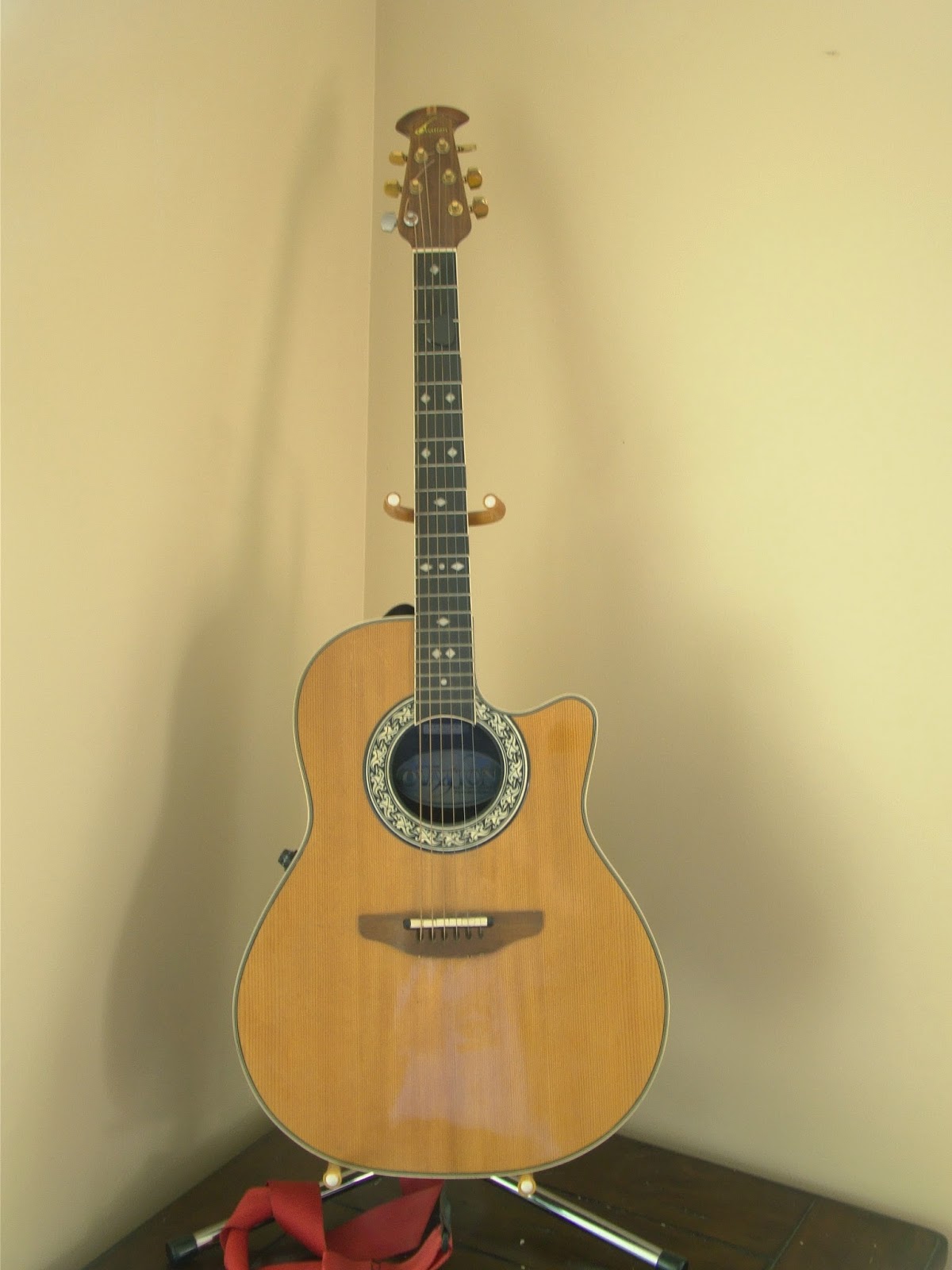 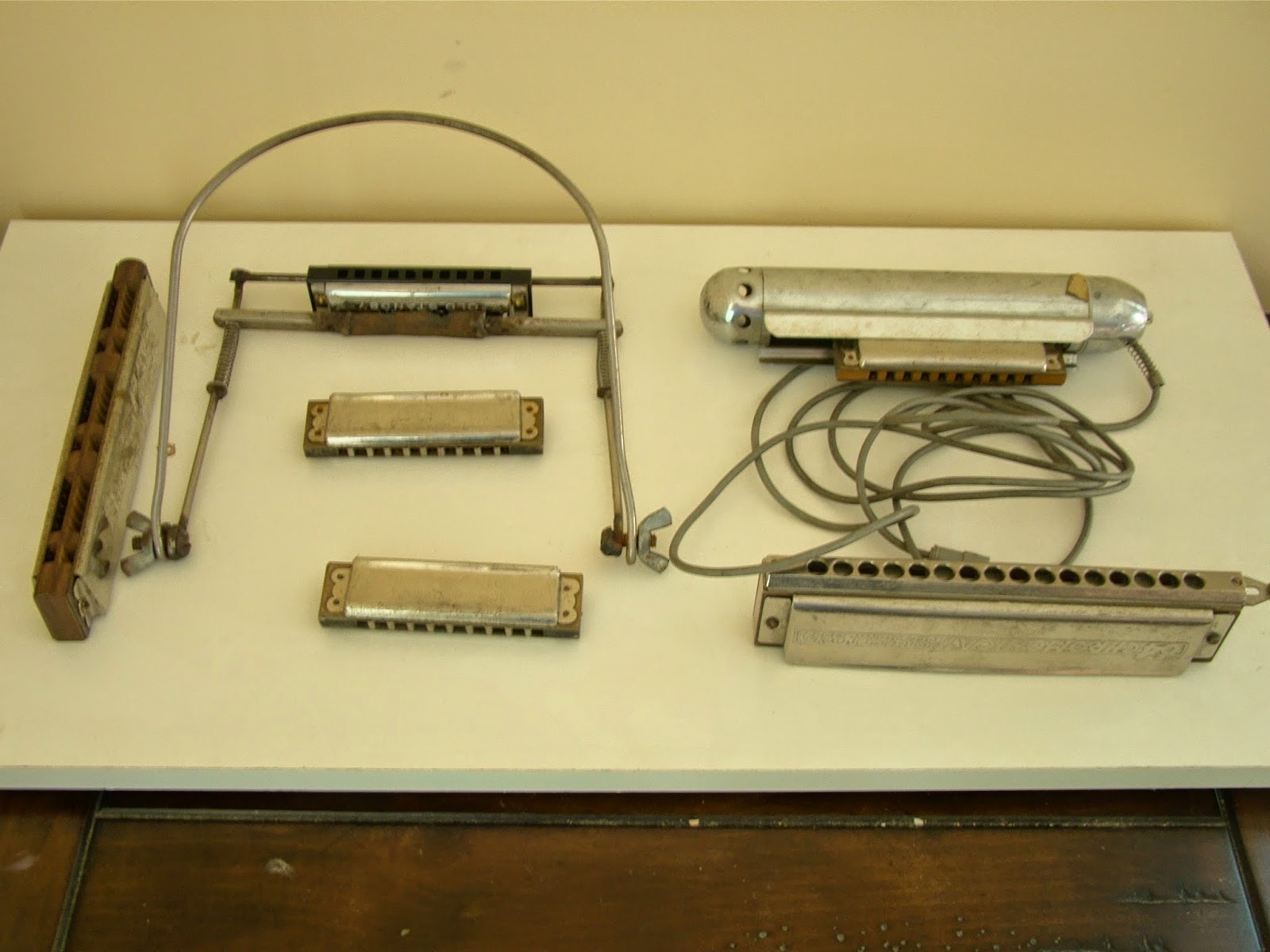 Was cover artwork also made by you? Did the original came
out in full colour or b/w?
Yes, I did the cover design and artwork. I painted a 4 foot
by 4 foot picture of a female that was distorted. If you look closely at it you
might see a bundle of joy in its belly. One thing unique about it was that I
used fluorescent paint that glows in the dark. At that time certain fluorescent
colors were water based and certain colors were oil based. So I had to overcome
some technical difficulties mixing the paint. I envisioned the album to be in
fluorescent color, but the cost of manufacture was too high, even for just
color. So I had to settle for black and white. It was a downer. However, when
Shaddoks offered to produce the album in color, I said to myself—YES! Today the
4 by 4 unframed picture sits in my bedroom with a fluorescent light below it. It
lights up the room at night. My female visitors love it. 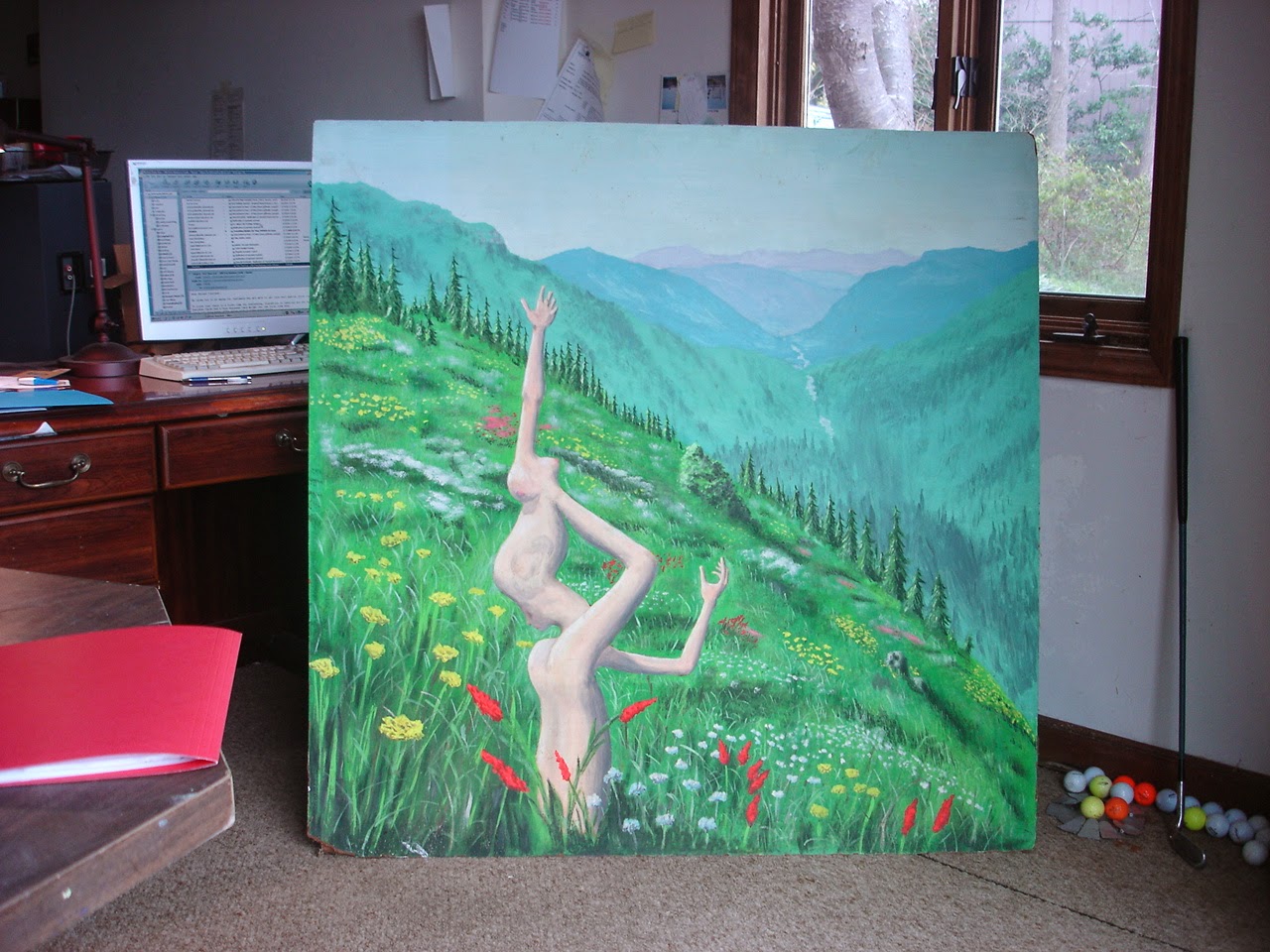 I heard tons of very wierd records, but yours is truly
unique. How do you think you managed to record such a record?
I bought a Teac 4 track tape recorder with 7-1/2 and 15 IPS
speeds and recorded the guitar rhythm track first, usually with the
accompanying  metrodome-drum machine, and
sometimes with voice. Then I could play back the base track and record
additional tracks for guitar solo licks, background melodies, bass, and accent
drums. Of course I was limited to only four tracks. I also purchased a Teac
7-1/2 IPS stereo recorder to mix down the 4 track to stereo. This allowed me to
add even a fifth option to mix in another sound track for the final version. I
loved making solo rips with the lead guitar and making multiple versions. Then
I had to make a choice on the best. Often the weirdest riffs would grow on me
the more I heard it. I had to do a lot of tape splicing to get it right.
You made all by yourself even send the material to the pressing
plant and made your own label Brainblobru Records. Did Brainblobru released
anything else?
Brainblobra didn’t, but I did do another music album later
using my Kurzweil keyboard.
Did you record anything else after this album? 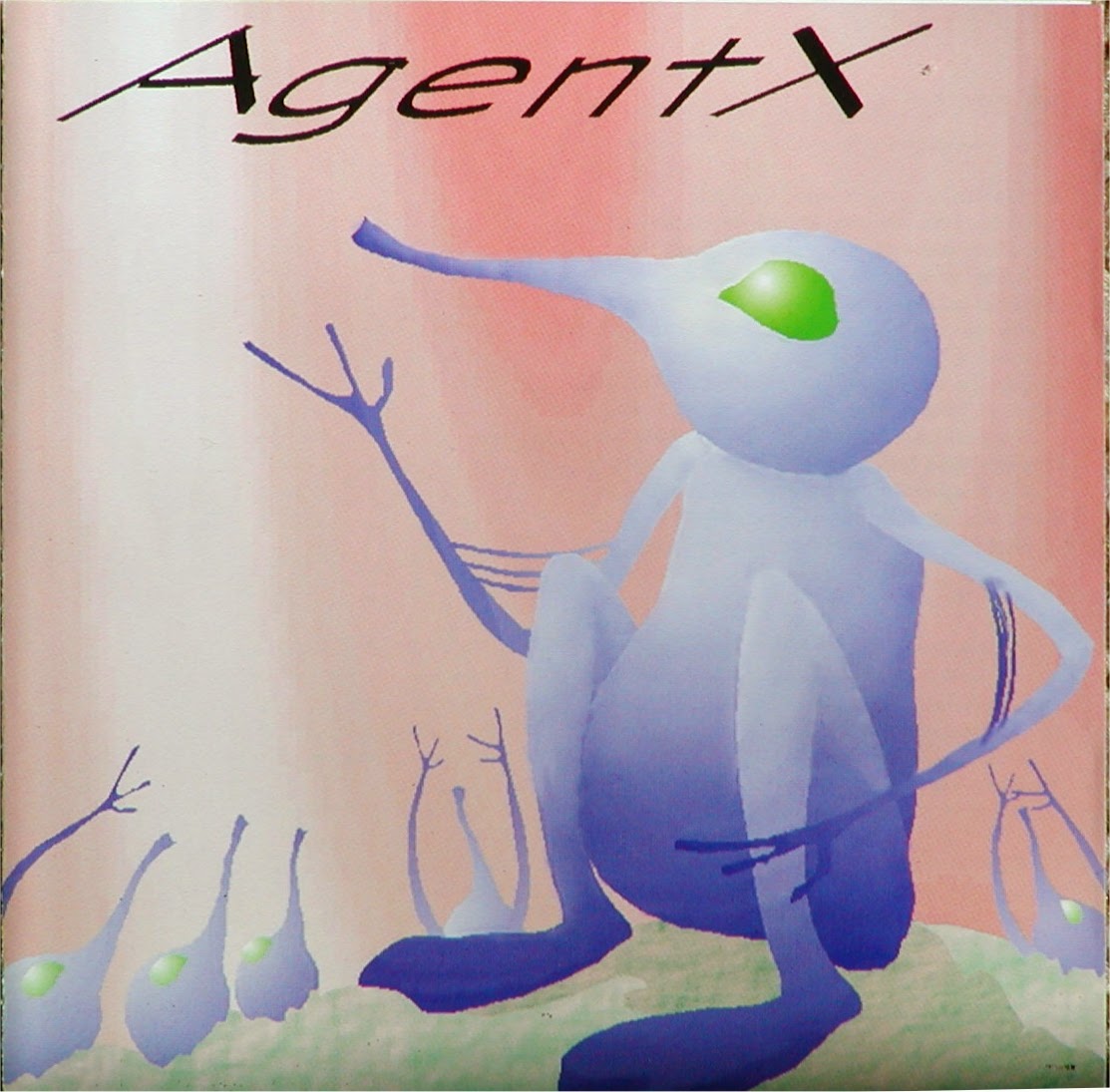 Yes. It is about an alien—AgentX. There are 17 HiFi songs
produced on my Kurzweil keyboard with Cakewalk software. If you think “The
Formal Female” is weird or psychedelic, then think again. AgentX is about
the life of an alien on another planet. Each song represents a stage or event
in the life of AgentX. Each song is different. The tracks vary with reggae,
reverse reggae, space music, jazz, rock, classical, and weird indescribable
stuff that is an audible enactment of the event(s). The ordered events are
described in English on a leaflet that comes with the CD. What is not written
in the liner notes is a secret. This music is a musical parable on the life of
Jesus Christ who is the AgentX. I did not make this known at the time, because
I did not think the world was ready for this strange music to be associated
with Jesus. But now you know. 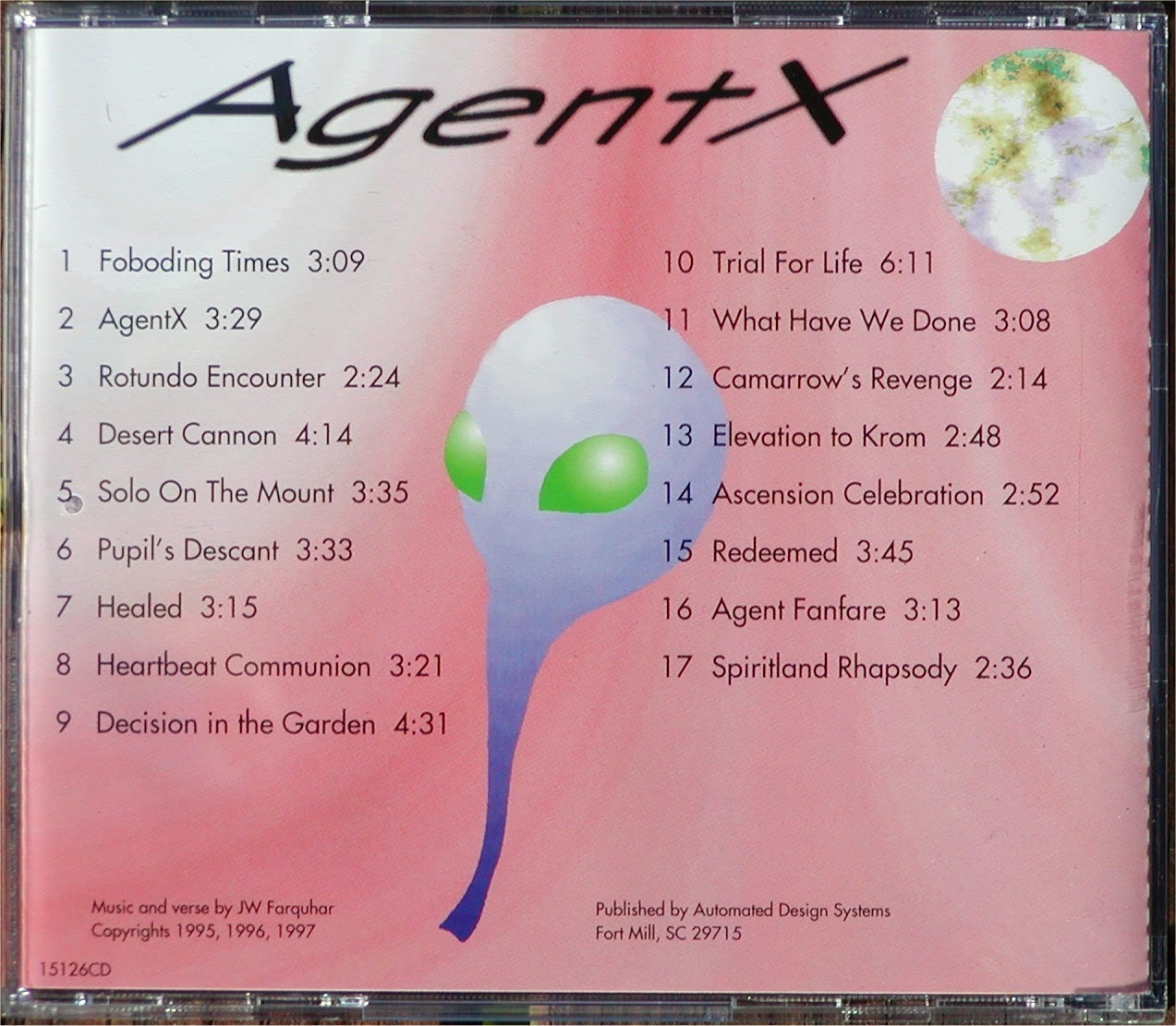 What happened next? And what currently occupies your life?
Are you still involved with music?
What currently occupies my life is writing books, but the
same guitars I used for “The Formal Female” are sitting in my living
room, and my Kurzweil keyboard is right next to me in my man-cave where I write
books. I can only sit so long tapping in words for the books. So I jump up now
and then to stretch my legs and fingers to write songs or just play on the
instruments. I actually use music from AgentX to accompany my Youtube creations
that are also weird.  When anyone asks me
what I write about, I just rattle off a few book titles like this: “The
RC666 Bible Code”, The Genesis I Window”, “The Creation of
Man”, “Daniel’s Secret.”
Would you like to share anything else with It’s Psychedelic
Baby readers?
How about a Psychedelic God? My last book just published is
a war book on generic Christianity called “The Lausanne Covenant
Hypocrisy.” Its about four biblical attributes of God of the 4-way Cross
introduced in the first six sentences of the Bible—EVEning, Morning, Light, and
Day, who is a family in heaven–daughter, son, mother, father. The ironic thing
about this is at first I slammed the materialistic Formal Female, and now I am
telling the world that the God of the Bible (God of the Cross) has female qualities.
And the weird wheel keeps turning round and round. 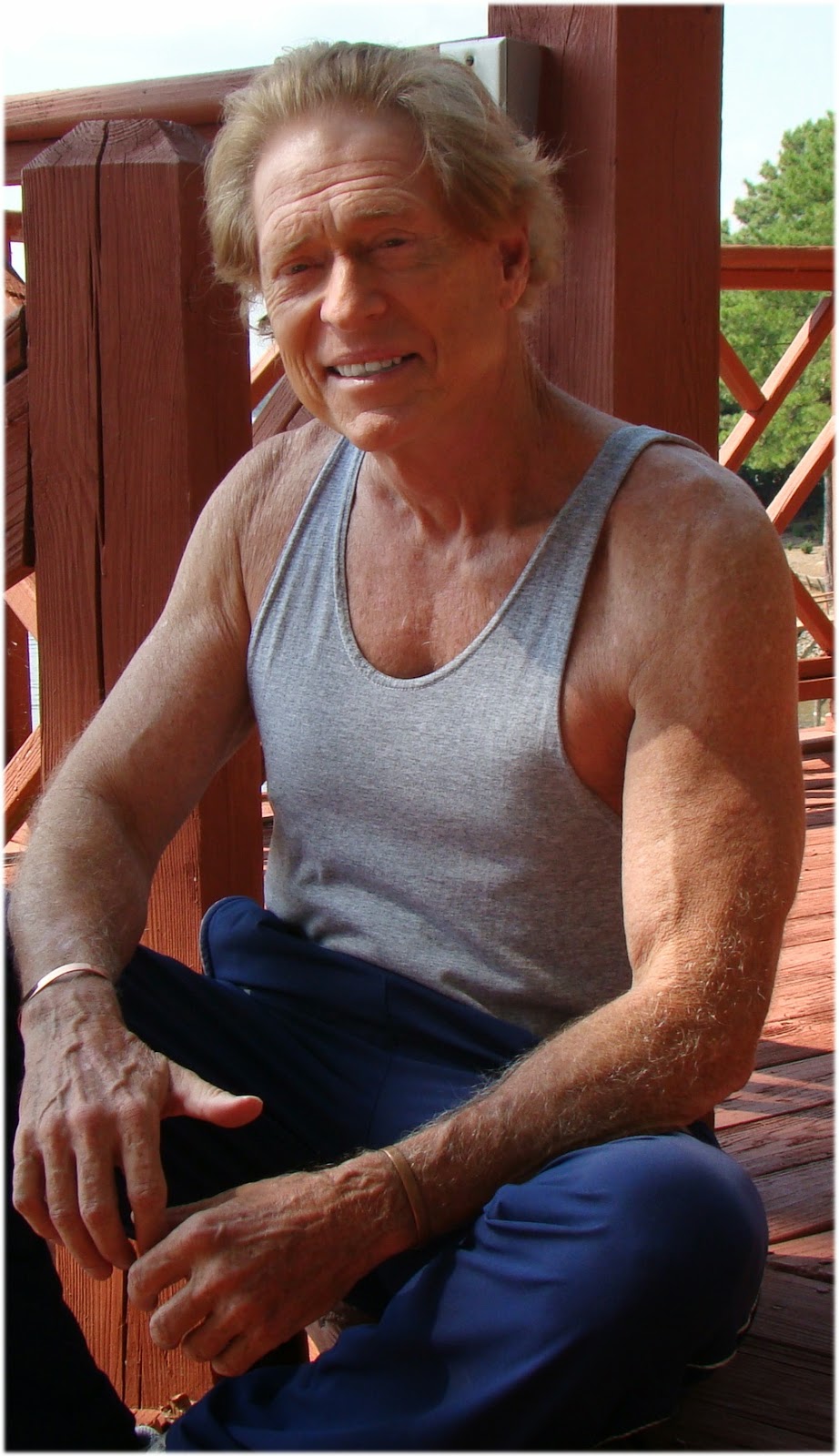