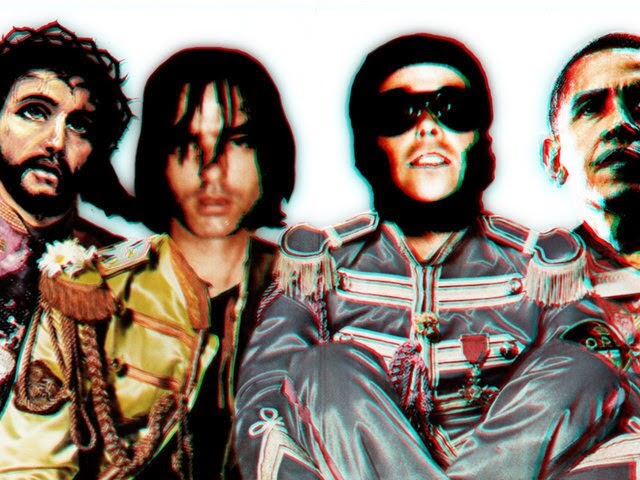 It would take a few pages to write about everything Anton Newcombe and his band The Brian Jonestown Massacre released. Anton is currently living in Berlin, working at his own studio. The Brian Jonestown Massacre will be performing at the notorious Austin Psych Festival in about a month and after that they are going to tour Europe. The Brian Jonestown Massacre will be releasing Revelation – first album that was fully recorded and produced at Anton’s recording studio in Berlin. This is the 14th full length release from the band. Featuring appearances from: Ricky Maymi (an original member of the band), Joachim Alhund (Les Big Byrd), Constatine Karlis (Dimmer), Ryan Van Kriedt (Asteroid #4) as well as a vocal performance in Swedish by Joachim Alhund (Les Big Byrds) on the opening track.
Hi Anton, thanks for taking your time for this interview.
It’s my pleasure, I’m doing alright you know… just taking it easy before I have to tour and spending time with my wife and my psychedelic baby “Wolfgang” as I’ll be gone for awhile.
You latest album Revelation will be released in May.
Well the album comes out on May 19th I guess and I recorded it at my studio in Berlin where I live now. The process for me is that I get up everyday, eat something with my family and ride the utah out to the studio and try and make up ideas because if i don’t, then there won’t be a record, and no record means there’s really no reason to tour… haha.
But to be honest for me, part of the process is overcoming self doubt along the way. I can make up ten songs in a row and a week later wonder if that’s it and I’ll never make up anything again and give up. The truth is I love writing music… for me it is conceptual art at that point and all I am looking for is the thing that captures my spirit and holds me captive, but not so tight that I can’t break free… I want it to scratch this manic itch inside my head as I listen over and over again to it… and I want it to feel like my brain is on fire… like Van Gogh felt with paints or Rodin with sculpture… I am looking for the same with sounds for myself as an artist… Then I try and turn that into performance art live. 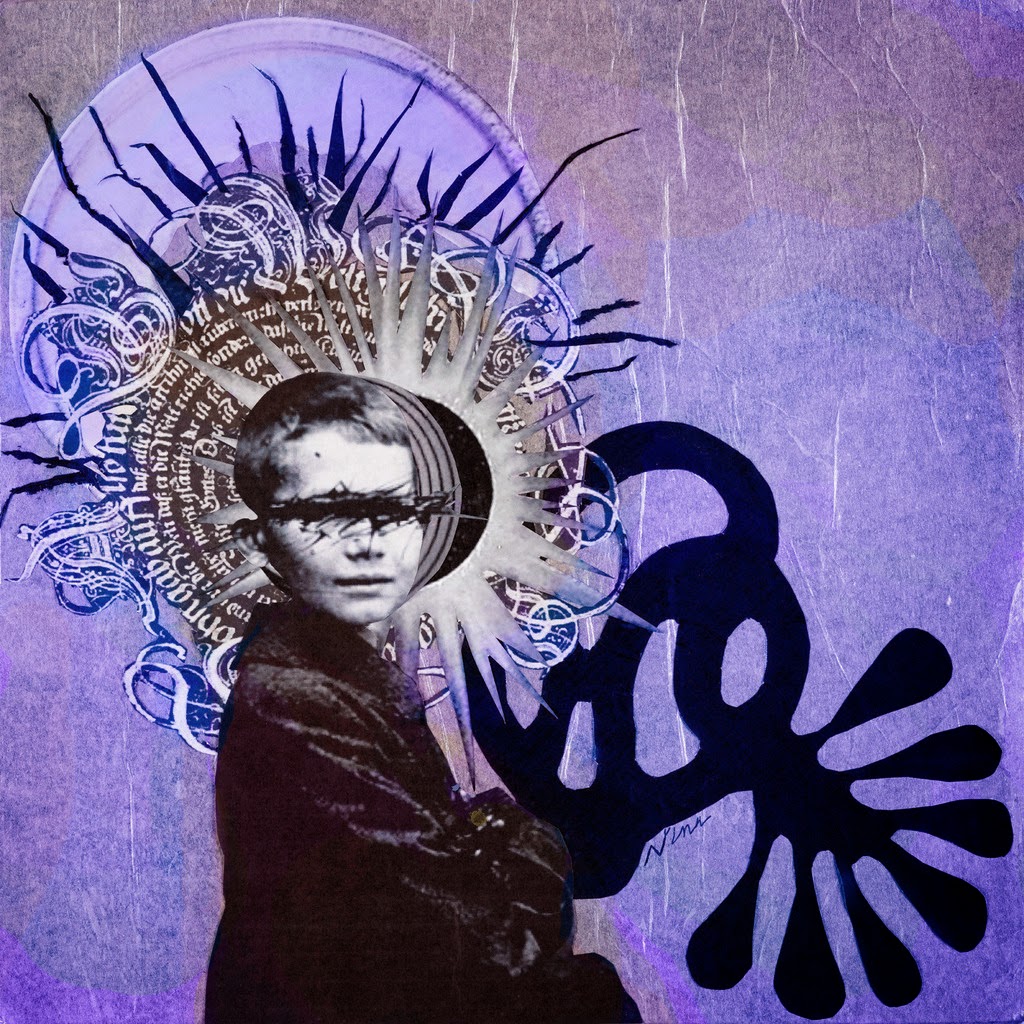 How long have you been living in Berlin?
Since 2007 – 2008 I think.
How do you like the underground scene of the city?
I am a hermit really, I don’t drink anymore so I don’t venture too much into the underground, like I said I am raising my son… but remember I spent a hell of a lot of time with a miners cap digging around down there in my life so it’s ok to be doing other things.
Do you think it had any impact on you as a musician or maybe influenced you to such an extent that we will hear the traces of urban city life in your upcoming album?
Not just yet it hasn’t, I think Berlin allows me the chance to be alone, like a ghost. I don’t speak German and no-one bothers me ever… I just come and go as I please wherever I like without many worries in the world focusing on my art. I want to say I am very lucky, but at the sometime I have to say I have and do work very hard and have worked very hard for a long time.
You have your homemade studio in Berlin and this is the very first BJM album, that will be recorded there. Would you like to tell us about the recording and producing process?
Well I have an engineer I work with Fabien Lesure, he’s quite good and having him there every day allows me to produce myself playing all the parts or with other people and or other bands and get a consistent sound without mucking about working out troubles. We have a system. We have new and old gear and we approach everything pretty much the same way… and at the same time experiment. It’s all about the song or project, but the important thing is we keep the cost down… When I was working in studios it would be 1000 a day or more… haha so we can work for a month now for the same price… or something like that. You understand… but yeah… we also produce other bands there… but it’s not a commercial studio as such because that would drive me nuts.
It’s probably more relaxing to record at home?
I have a flat and the studio is some place else. I don’t like to be confronted with my work as a living space anymore. It makes you feel like an asshole when you want to relax if you are staring at 20 guitars and keyboards getting dusty no matter how much work you do.
You have your own independent label that formed over 10 years ago and grew into a very special place for various types of music. What’s the story about the label?
Well I always had an imprint – first as tangible, then The Committee To Keep Music Evil… now it’s “A Recordings Ltd” … the main reason is control. I want to make records. I want the money that makes to go toward making more records, paying a small salary, and working on new projects. I don’t want some asshole deciding when my “career” is over because of some mistake they made with cash-flow… at the same time, I never sold all my music so this is an option. Some other fucker would be selling my records right now and paying me nothing believe me if I would have taken the offers I would be homeless or dead by now.

The Committee To Keep Music Evil is releasing a lot of great artists, including Christian Bland and the Revelators, The Vacant Lots, The Cult Of Dom Kellar, The Asteroid 4, Dead Skeletons, The High Dials and many more.
We have about 20 albums and projects out and more coming all the time with way better distribution world wide than Rob and The Committee To Keep Music Evil have. Way better. I have seven records coming out in May. Ha ha. No offence Rob, but the reason I started a new label and left the Committee is because I intend to have a label that works… and it does.
Is it hard to run “A Recordings Ltd”?
I have a label manager Stuart Flint that used to work for Cargo UK with me and now we try and do things to slowly grow the project right.
What are some of the upcoming releases?
In May we have: LES BIG BYRD from Sweden, The KBV from London, and the BLUE ANGEL LOUNGE from Hagen, Germany. All releasing albums along with the new BJM album, then we have things planned for the fall like the MAGIC CASTLES from Minnesota, they have a full length album and we are finally getting around to pressing THANK GOD FOR MENTAL ILLNESS on vinyl (one of our albums) and also, there’s a group from the UK called the SLEAFORD MODS that I like, I asked them to do a 10” so yeah… it’s a busy time for me.
What influenced you when you started Brian Jonestown Massacre and what are some current artists you would recommend to our readers?
See this is the point where I have to just freeze this conversation because my relationship with music is intense and can not be defined by some list that cannot do justice without the sounds to go with it and why. I have fucking great taste in music, fantastic taste and if I started spitting out song titles and group names it would be ten miles long because it’s longer than that and I’m not kidding.
Austin Psych Fest is getting closer and you’ll be the headliner. Are you excited to play there?
It’s an honor, I’m more than excited, I’m nervous. I want everyone to have a great time and I am thankful to be invited again.
After the festival you plan to tour Europe. What can the audience expect?
There really isn’t anyway to please everyone when you play a show except to provide whatever it is that it says it is on the tin. That means if you plan to play just the new album, say that so people are not pissed about your other 16 albums. For me, and for this tour… I leave it up to the group because I write and wrote the vast majority of the music of every single era, I’m thankful to have anyone to play any of it with… We’re going to play some old some new… that’s the plan.
Will this be more of a presentation tour of the new album?
I think we’ll play three or four new ones with one unreleased or something like that. 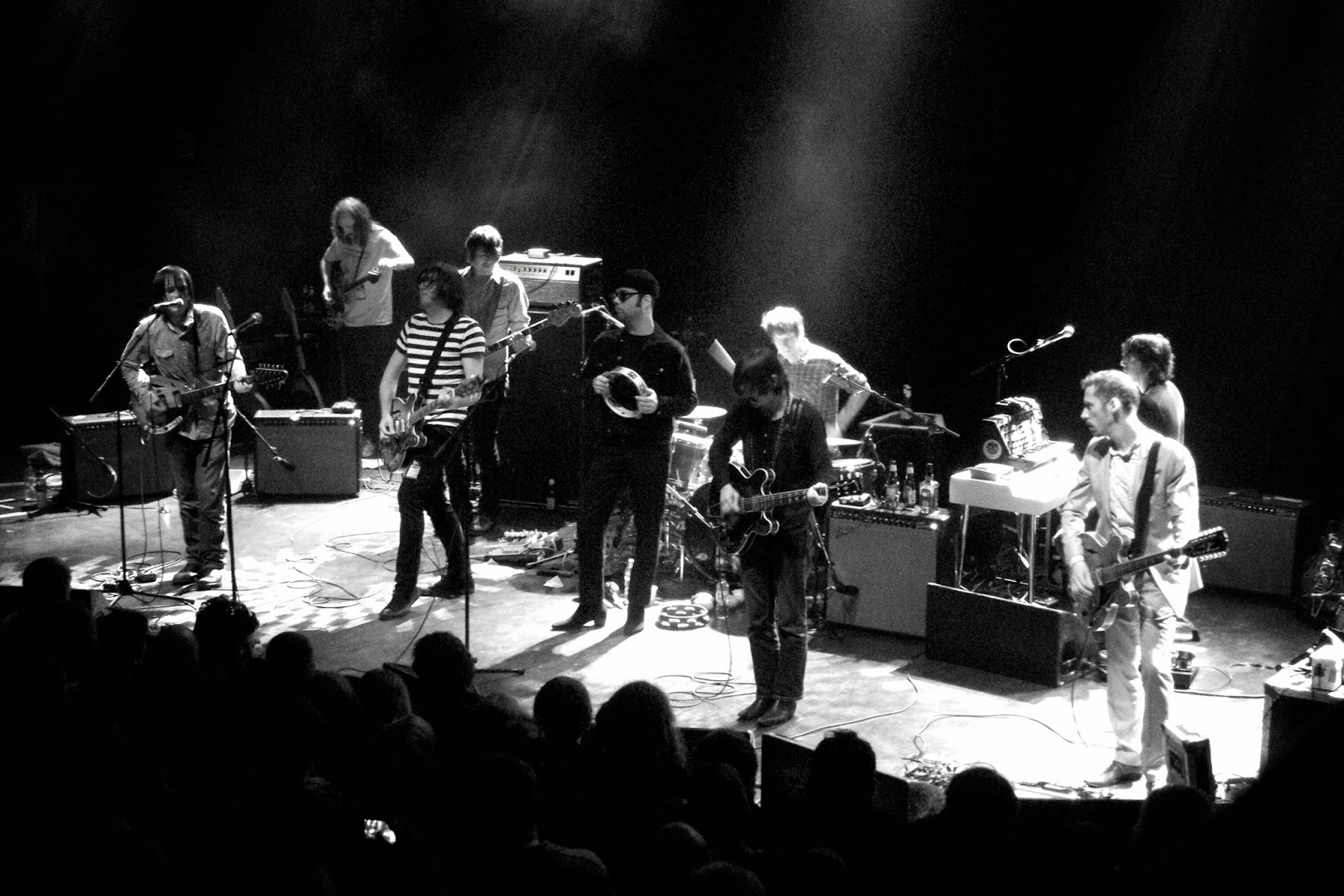 You are also working on a film.
Well I have wanted for a very long time to do a soundtrack and it looks like I am going to do one for a film called “Moon Dogs” . Philip John is the director and it’s set in Scotland up in the Shetlands there someplace. It’s about two brothers who sort of, they’ve grown apart after one leaves home and the other stays in the small town or whatever and they go on a trip to get to know each other and bond and all again. And one of them is a musician… and I’ll be making up his stuff and the incidental music etc. and maybe working with a few other people. My goal is to have Philip John, and everybody involved end up happy with the project at the end of the day and to the end I want to work hard with him to make that happen.
What’s your opinion about psychedelics?
I was dosed with DMT and didn’t expect that and I came through the other side. I’m not afraid of those little shits.
Thank you for your time. Would you like to share anything else with It’s Psychedelic Baby readers?
Keep the faith baby and enjoy the trip! Cheers!
– Klemen Breznikar
Anton NewcombeInterviewKlemen BreznikarThe Brian Jonestown Massacre