Guapo is a project existing for several years now. Originally consisting of Matt Thompson (who left in 2005) and David J. Smith. They started with a noise rock band with a very complex structures and they released several albums including Towers Open Fire (1997), Hirohito a year later – which showed first elements of avant-prog, then in 2000 they released Death Seed, which was probably influenced by zeuhl sounds of the past. Great Sage, Equal of Heaven (2001) was even more into zeuhl, with typical zeuhl rhythms, but still with some “noise” elements that were used in their previous albums. We have not even mentioned a couple of EP’s, like Hell Is Other People, Erase Yer Head and Guapo vs. Magma. David J. Smith discuss the current situation in Guapo and recalls some memories from recording and touring across the world.

What can you tell us about the start of Guapo? Where did you two meet and how did you decide to start this project?

It all began with an advert in the back of one of the weekly UK music papers. Melody Maker, or it may have been Sounds (it was over 20 years ago now….). I was living in Cardiff, South Wales in the early 1990’s and having recently left art college and set up my own D.I.Y record label I was beginning to feel the pull to immerse myself in a bigger cultural melting pot, so gravitating to London was the next step for me. My previous group had split in 1993, so with a move to London imminent I had begun scanning the adds for a potential new band. Matt & Rojer (the original guitarist & bass player respectively) had placed an add looking for a drummer for a project they were getting off the ground – I met up with them in late ’93 for a rehearsal and things gelled so we agreed to get together again when I moved down to London. That happened 3 months later and we quickly worked up a handful of songs from demo’s that Matt & Rojer had been working on. We were soon starting to think about getting gigs and we had my label to put out records so we settled on the name and the band was official.

You started as a noise project which got closer to zeuhl sound. Was this original idea when you formed?

Not really. The underground culture of that time was still very much the D.I.Y punk ethic and we had all been involved with/informed by the 80’s hardcore, thrash metal, noise rock, industrial music scene etc….. so it was a natural path for us to be following. At the same time we were discovering stuff like the Japanese new music scene, as well as the R.I.O movement & bands like This Heat, Soft Machine and Magma which started to inform our own songwriting approach and push us more as musicians.

In 2004 you released “Five Suns”. The intensity is incredible. You took epic song making from Magma and added a very mysterious atmosphere from Univers Zero, but still you managed to stay unique.

Well, It really goes back to your previous question. We came out of that energetic D.I.Y noise rock scene – we were not trained jazzers or classical musicians reading from scores. Five Suns was three guy’s rehearsing intensively over a period of months seeing how far they could push their musical ideas & abilities. It was a very creative time for the group and we had the luxury of having our own studio in the early 2000’s which was a big help. 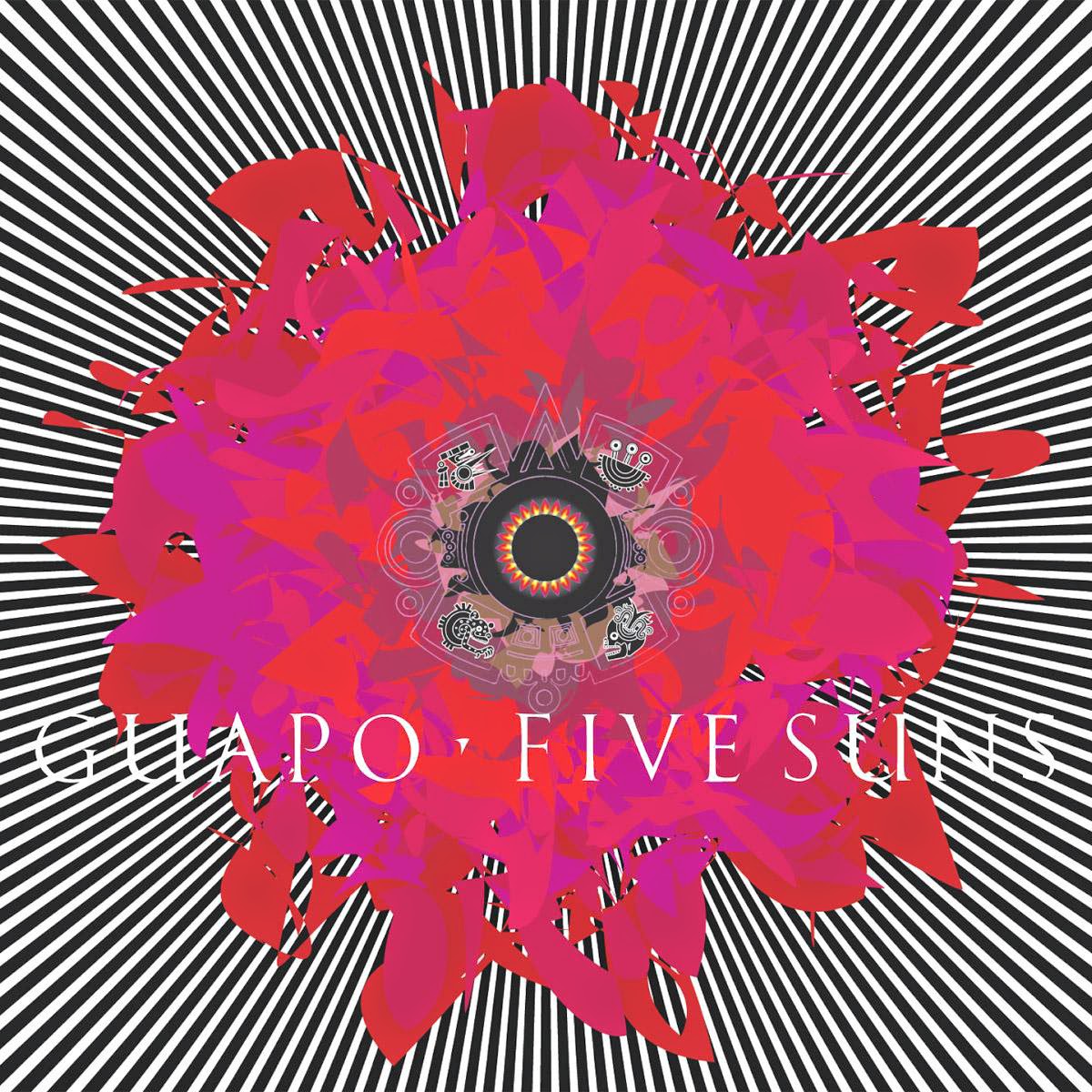 What can you tell us about setup?

We use the same basic setup all the time: Emmett – Fender Rhodes MK1 through a Marshall stack, distortion pedal, tape echo box and a Nord Lead Synth. Kavus – Gretch White Falcon through an Orange stack with minimal effects pedals; mainly distortion and looper. James – Fender Precision through our top secret bass rig. I use a Yamaha Maple Custom Kit that I’ve had for many years and my treasured old Zildjians and traditional Wuhans.

“Black Oni”, “Elixirs” and your latest “History of the Visitation” followed. What’s the concept behind it? 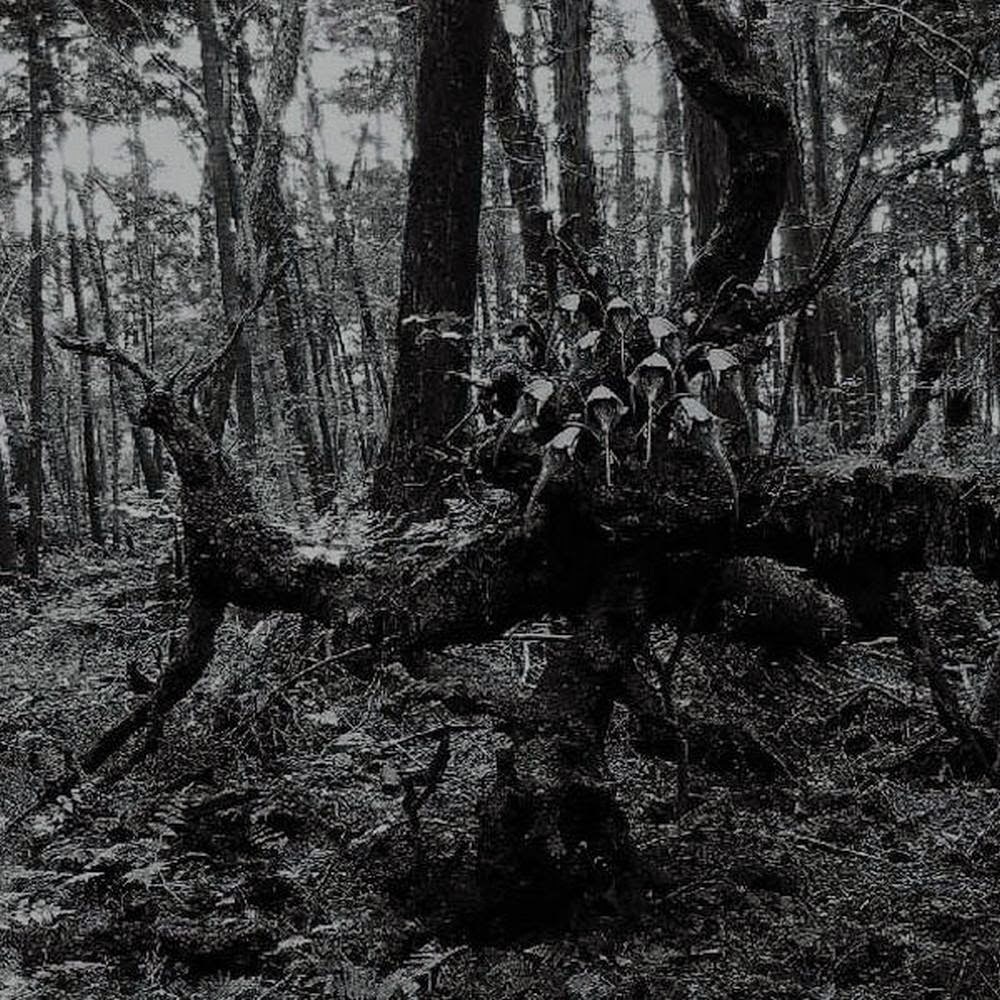 Five Suns, Black Oni and Elixirs all had concepts rooted in folklore and myths which is why these 3 records are often referred to as a trilogy.

Five Suns was based on the Aztec creation myth – in short the belief that there have been four worlds, or “Suns”, before the present universe.

Elixirs draws on a number of different influences including fantastical 19th century literature, the natural sciences and Scandinavian folk tales that all share a common thread in their challenge of “the real” or “fact”. 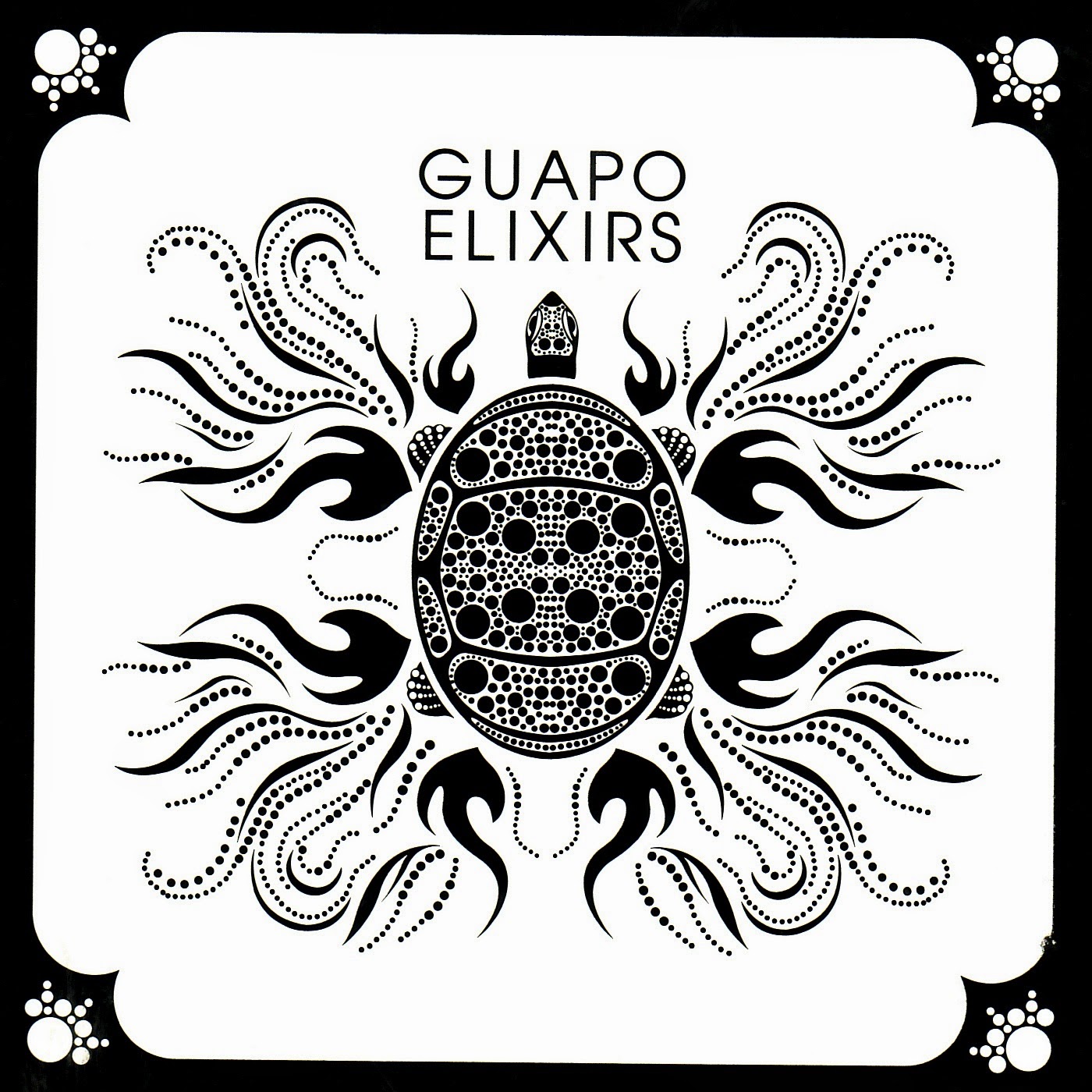 History of the Visitation was inspired by the the Strugatsky brothers science fiction novel Roadside Picnic. 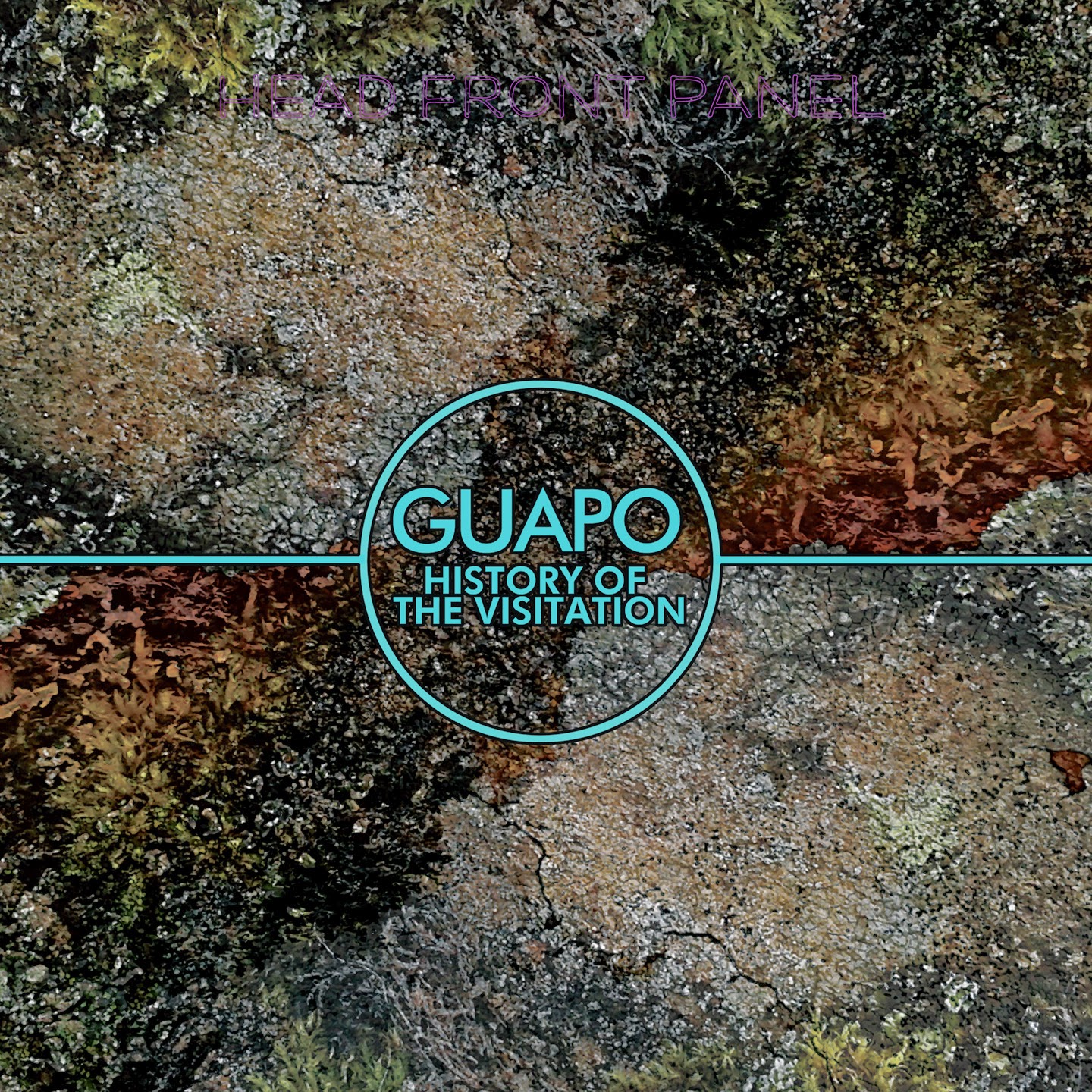 How about the cover artwork?

I have done the artwork for some of the covers. Visitation was from a series of photographs I had taken in 2011/12. The first album featured the artwork of artist Maurice Burns whom I have been friends with since our college days together.

We met Japanese artist/designer Yukimaro Takematsu in the late 90’s/early 2000’s and collaborated with him on both Five Sun’s and Black Oni. He took the amazing cover photographs for Black Oni in the region of Mount Fuji.

For the Elixirs cover we worked with the Norwegian design duo Trine & Kim.

You played on many festivals. Is there anything in particular you would like to mention?

Gosh…..off the top of my head, touring with Fantomas and The Melvins during the Black Oni era was fantastic. Playing on the same bill as Magma….. fantastic. All the crazy tours we did across Europe in the early days and the great bands we met and performed with. Folks like ZU from Italy, Circle from Finland, Cerberus Shoal…… The Polish roads, stolen passports, retrieving your tour bus from the Croatian mafia (shell suits and guns was a strong look) blowing your entire concert fee on 4 cans of Heineken (stubbies at that)……. fond memories all.

Let’s talk a bit more about your latest album.

We aim for full trance immersion. Almost is not good enough. Although having the P.A blow on us two thirds of the way through the set did scupper the trip somewhat!

In terms of the songwriting it’s that old routine of 3 or 4 guy’s putting in the hours in the practice space. That’s pretty much how it works most of the time. For Visitation it was a mix of working together in the rehearsal room exchanging ideas, honing down spontaneous jams etc…. until the thing revealed itself – and individuals bringing a basic idea, or a whole constructed section to the table that then went through a process of “Guapofication”.

In the studio we recorded as a live band. The sonic experimentation was in how we approached overdubbing and the mix and most importantly the role of our engineer Antti Uusimaki. Overdubs were done at our various home studios over a period of weeks, drawing on colleagues we regularly work with in London, as well as roping in the likes of Dave Newhouse and Tom Scott from The Muffins via the aether, before I headed out to Finland to do the final mix at Antti’s studio just outside of Helsinki.

The line-up changed a few times? Who is currently in the band and what are your future plans?

We are currently working on a new album and will be going in to the studio in June 2014 to begin recording. It will be released on Cuneiform sometime in 2015 and I hope we’ll get to tour it more than we’ve been able to tour the last record!

What about side projects like Cerberus Shoal? You were also part of Miasma and the Carousel of Headless Horses? How about collaboration with Ruins?

Cerberus Shoal were a great band and a fantastic bunch of people – I only wish we had had the opportunity to tour more together. The recording we collaborated on was part of a series they released in conjunction with North East Indie Records.

Miasma was a group that Daniel O’Sullivan was in the process of forming when he joined Guapo and the two bands often shared members. We made one LP, Perils which was originally released on Web Of Mimicry followed by a vinyl release on Rise Above Records. We also recorded the Manfauna EP for Southern Records Latitiudes series before the group disbanded in 2009.

We toured Europe with Ruins and recorded a series of improvisations together on our return to London. This would lead to the Death Seed record which also featured London duo The Shock Exchange.

Are you a fan of vinyl records? What’s currently on your turntable?

Absolutely! Nothing but Steely Dan in my house right now.

What are you reading?

Thank you very much for your time.

Thank you very much and stay tuned…