The makeup of their membership has changed lots since their 2000 debut EP on Bomp!, but The Warlocks’ approach never really alters all that much. This is clearly due to the fact that while his bandmates come and go, Bobby Hecksher has been the head Warlock from the beginning and continues in that role.

This, their eighth full length album, is more of the droned-out space rock they’re known for, about 40 minutes of unrelentingly dreamscapy sounds. They make you think of Spacemen 3 and Loop, early Velvet Underground and The Silver Apples, and any number of more contemporary spacey acts who have recorded for labels such as Thrill Jockey and Kranky. But what stands out about The Warlocks is that, while listening to them gets you name-checking their influences and soundalikes, they have their own unique stamp that they put on the style of humming, buzzing dirges. This is no small feat at this time in left-of-center pop/rock history, when too many bands get so caught up in carefully emulating their heroes that they don’t manage to create any space that could be called theirs. 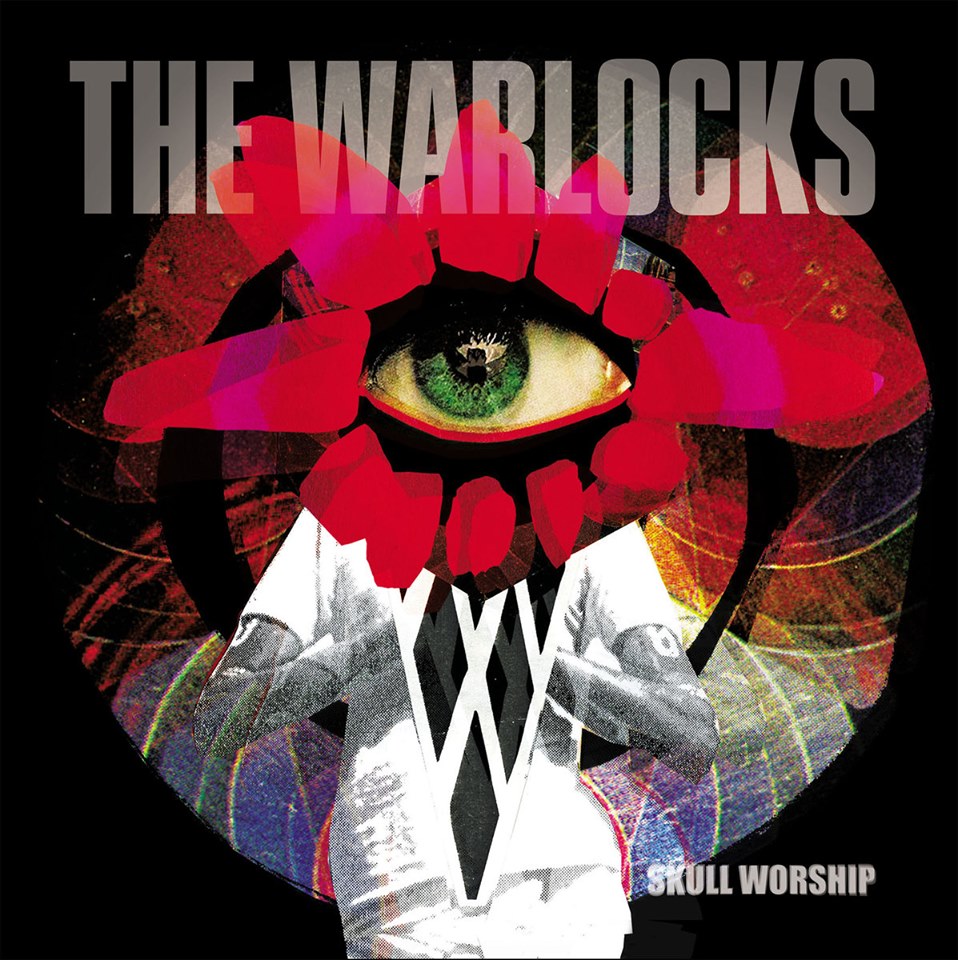 Skull Worship, which Hecksher considers the last part of a trilogy that also includes their two previous long players – 2007’s Heavy Deavy Skull Lover and ‘09’s The Mirror Explodes – has a ritualistic vibe. It sounds like something that might get played before a séance or other such eerie ceremony, to get the attendants in the proper, otherworldly headspace. Each song has its own avenue it goes out on but the overall bent is consistent in being dark, trippy, and warped. It can be disorienting to listen to the record then go about your business in the workaday world – disorienting in a pleasant way, that is, if you’re somebody who welcomes going through your day with your head a little bent. The band sounds like they neither know nor care what year it is. I don’t know that they could win over any new fans with this album, but it’s sure to get heavy rotation among those already entranced by them.