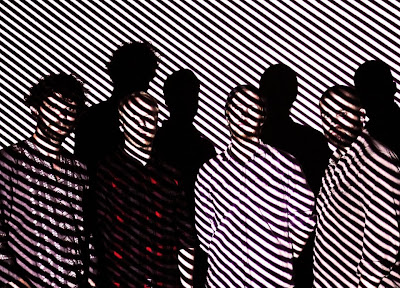 I hear the expression “drone on” a lot
these days.  A lot of people live by the
motto but the label just doesn’t always fit.
Electric Eye lock you into a sickeningly tight noise filled drone,
before slamming you in the head with some fuzzed out guitar and then yanking
the rug out from underneath your feat leaving you swirling in a space filled
ether or synth and distorted feedback!
It’s a hell of a ride and I don’t think you can ask for anything more
from a band whose debut album Pick-Up, Lift Off, Space Time only features three
tracks on the first side!  Far from
repetitive or boring Electric Eye represent a growing number of bands that
harken back to the progressive spaced and heavily tripped out guitars of the
late 60’s and early 70’s.  Part of the
fantastic Fuzz Club Records family which has been garnering more and more
attention these days I took some time to catch up with Øystein about what the
future had in store for this gnarly rock crew!
Listen
while read: http://electriceye.bandcamp.com/

What is the band’s lineup?  Is
this your original lineup?
This is our original line up, we are:
Øystein Braut – Guitar, Vocals
Njål Clementsen – Bass
Anders Bjelland – Keys
Øyvind Hegg-Lunde – Drums
Are any of you in any other bands at this point?  Have you released any material with any other
bands?  If so can you tell us about it?
Yeah, we play in different bands.
The music scene in Norway is really open and a lot of people play in a lot
of different bands of different genres.
I think that it’s a pretty cool way to open your mind and get fresh
ideas.  Even though the genre spread is
quite huge, every band seems to have a feeling of realness and quality to
it.  I play in a “nordicana” band called
Dig Deeper, Njål is active in both noise rockers The Megaphonic Thrift and
post/kraut-rock legends, at least in Norway, The Low Frequency in Stereo.  Anders plays guitar in Hypertext, an artrock
group but is also one of Bergen’s most promising producers and has made a lot
of records the last few years.  Øyvind is
an educated jazz/improvisational drummer and is active in a lot of projects,
too many to list here but The Sweetest Thrill or Krachmacher are two great
ones!
When and how did you all originally meet?
Njål, Anders and I went to high-school together and have played together
and hung out for a long time now.  We met
Øyvind through the music scene in Bergen.
What led you to form Electric Eye and when exactly was that?
As a result of us hanging out and jamming in our studio.  When it started sounding good, we thought,
let’s do it!
What does the name Electric Eye mean or refer to?
Well, I think it just sounds good, fits the music well and puts all
kinds of pictures in your head, kinda like we want the music to be.
Where are you originally from?
Njål, Anders and I are from a small coastal town of Haugesund.  Øyvind is from Borgund, deep, deep inside a
fjord called Sognefjorden.
Where is the band currently located?
I stay in Oslo but our head-quarter is in currently Bergen on the west
coast of Norway where the rest of the band is located.  With over two-hundred rainy days a year there’s
not much else to do than hang out in our studio and jam.
How would you describe the local scene where you are at now?
The scene in both Oslo and Bergen are small of course.  Norway only has five-million people but as I
said earlier, people are really helping each other out and cooperating across
the boundary of genre.  It’s a cool vibe
with a lot of bands getting international attention.
Are you very involved with the local scene?
Yeah I would say we are.  In Oslo
we’re currently starting Oslo Psych Fest in December and we’re doing monthly
psych-nights at a venue called Revolver.
In July we had Moon Duo over, next up is Cosmonauts.  So we’re trying our best to keep the psych
scene alive, and so far so good!
Has it played a large role in the sound of Electric Eye?  What about Electric Eye’s history or
evolution?
Of course, the things our friends are doing inspire us but I also try to
check out what’s going on in Austin, California, London, etcetera.
I
hate to label or classify music, and I’m not very good at it either.  Can you describe your sound to our readers
who might not have heard you yet?
We play psychedelic rock with prog elements.  Think Pink Floyd in Pompeii mixed with Wooden
Shjips and Flaming Lips’ Embryonic record, or how about True Norwegian Psych-Drone-Groove-Kraut-Rock?
Can you tell us who some of you major musical influences are?  What about as a band rather than just
personal influences?
As our personal influences goes, the list would go on forever.  For the band, however, we have a deep
fascination with the Pink Floyd in Pompeii-stuff I already talked about and 60s
and 70s psychedelic and prog bands like Can, King Crimson and Beatles; some of
their more wild stuff, like Magical Mystery Tour, White Album etcetera.  But of course more modern bands inspire us
too.  Often things that sound a bit
different and unique, like Goat, Dungen, Black Angels and Wooden Shjips.
Tell us a little bit about the writing process for Electric Eye.  Does someone come to the rest of the band
with a pretty finished product to polish with the rest of the band or is there
a lot of jamming?
I kind of make all the riffs, including lyrics and melodies.  Then we jam and figure out a way to put the
riffs together, so a combination maybe? 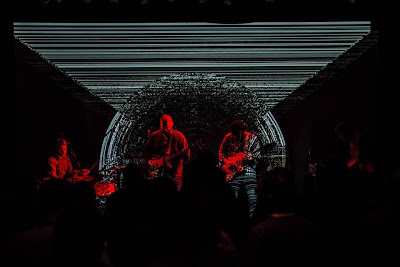 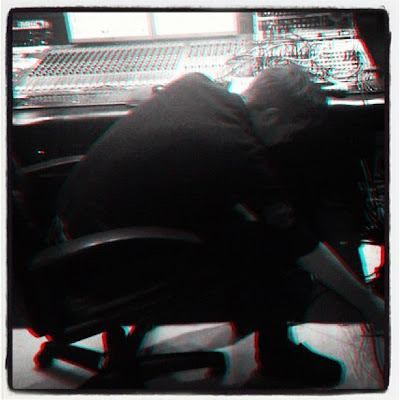 We love hanging out in the studio.
The process involves a lot of experimentation and a search for the right
sound.  However we don’t have a purist
approach to the process so the result is the most important thing, I
guess.  We also try to not think too much
about it all.  So if we’re onto something
good, we don’t let small mistakes or a minor flaw destroy the groove we’re
in.  The bigger grand picture is more
important than every little thing being in perfect time, pitch etcetera. 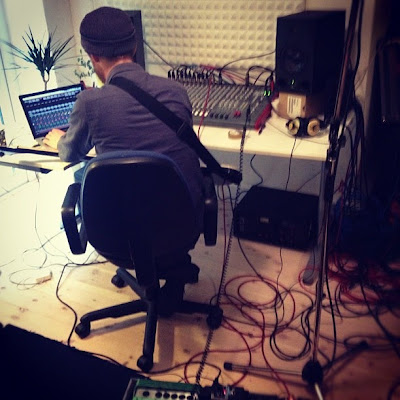 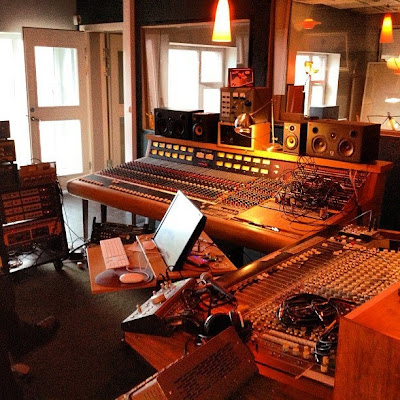 Let’s talk about the recording of your debut Pick-up, Lift Off, Space,
Time a little bit.  Where was that
recorded?  When was it recorded?  Who recorded it? 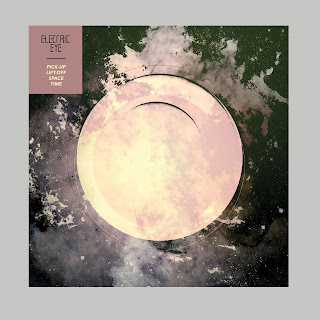 We did it ourselves in our studio in an old slaughterhouse in Bergen
during the summer and fall of 2012.  We
had a pretty good idea of how we wanted it to end up, so doing it ourselves
worked out pretty well.  We mixed it on
our own too and Sir Duperman mastered it at Duper studios, also located in the
slaughterhouse.  So it’s a pretty local
affair. 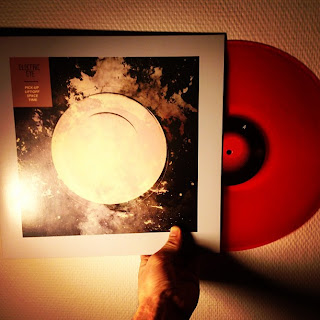 I
know Fuzz Club Records is handling distribution to part of the globe but
someone else was involved with the release of Pick-up, Lift Off, Space, Time,
who was that?  Many of the Fuzz Club
releases are very strictly limited, is that the case with Pick-up, Lift Off,
Space, Time?
Klangkollektivet handled the Norwegian part of the release.  They are a pretty new Bergen-based label
focusing on vinyl and quality bands.  Be
sure to check it out!  Yes, the Fuzz guys
love to make limited runs.  If you want
it, you need to move!  We made
two-hundred copies on see-through white vinyl and word is they’re running
pretty low. 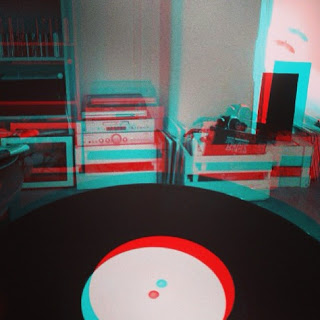 Fuzz Club Records is batting a thousand in my books these days, it seems
like about ninety-percent of what they are putting out is some of the most
amazing stuff I’ve ever heard!  How did
you get hooked up with Fuzz Club Records?
How is your relationship with them?
Do you plan to continue to work with them on future releases?
Yeah, they’re pretty cool guys, one-hundred-percent dedication to
spreading the psychedelic revolution.  I
just thought they put out great music, so I contacted them.  Turns out its run by a fellow Norwegian
spacehead and they liked our stuff.  We
haven’t really thought about the future yet, but I see no reason why not.
With the insane international postage rate increases where is the best
place for our US readers to purchase copies of your music?  What about overseas and international readers?
I know Permanent Records and some other stores in the States have got
some copies (here:
https://shop.permanentrecordschicago.com/lp-electric-eye-pick-up-lift-off-space-time-import/dp/76287).  Otherwise the Fuzz Club webpages would be a good
place to start.  There are also some
Norwegian stores who ship worldwide.
Check out www.tigernet.no or www.robotbutikken.no
What do you have planned as far as touring goes for the rest of the
year?  Is there any chance of seeing you
in the US?  We’d love to have you!
We’re doing a Scandinavian tour in September and a tour of Portugal in
October.  We’ll probably do some more
touring after the winter.  We’d love to
go overseas, but have no plans as of today.
Would be awesome though!
Where’s the best place for our readers to keep up on the latest news
from Electric Eye like upcoming shows and album releases at?
We’re pretty up to date on our Facebook page
(https://www.facebook.com/electriceyeband) and we have a blog we post stuff on
www.electriceye.no.
For me, there’s something irreplaceable about physically released music.
Having something to hold in your hands, liner notes to read and artwork to look
at, it all makes the listening experience more complete, at least for me.  Do you have any such connection with physical
releases?
I totally agree!  The case is an
important part of the release and we spend a lot of time and thought in making
it as good as possible.  I can still
remember the magical feeling I got the first time I opened a gatefold cover of
Atom Heart Mother by Pink Floyd as a kid, awesome and mystical at the same
time!
Do you have a music collection at all?
If so can you tell us a little bit about it?
Sure!  When I was a kid I mainly
bought CDs, nowadays I mainly buy my music on vinyl.  It’s mostly 60’s and 70’s rock like Led Zeppelin,
Pink Floyd, Cream etcetera, some prog, King Crimson, Can, that kind of thing
and then more modern psych stuff.  I
listen to a lot of different music and try to stay on top of what’s going on.
I
have to admit, no matter how much I love my albums I can’t take them with me on
the go and I do love having a digital copy of an album as well.  Digital music has changed a lot of things and
the internet has only served to further complicate the matter.  On one hand it’s undermining decades of work
and infrastructure in the music industry, but on the other hand it giving a lot
of bands exposure that otherwise would never have received such attention.  What’s your opinion on digital music and
distribution?
It’s a great way for people around the globe to check out our
music.  It empowers the bands and the
listener, and a lot of dead weight is left behind which is a good thing!

In the hopes of keeping up with the never ending tide of amazing music
that is out there, who should I be listening to from your local area or scene
that I might not have heard of before?
Check out Serena Maneesh, The Megaphonic Thrift, The Low Frequency in
Stereo and 120 Days; awesome Norwegian stuff!!
What about nationally and internationally?

Just saw Dirty Beaches live in Oslo.
That was an awesome gig!  Try Man
At The Moon by Swedish duo Hansson och Karlsson!  I like to try and find old LP-gems. 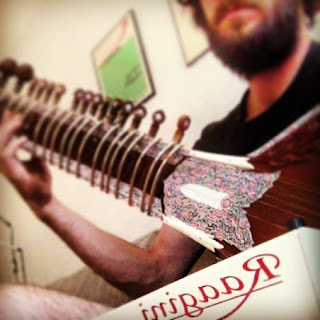