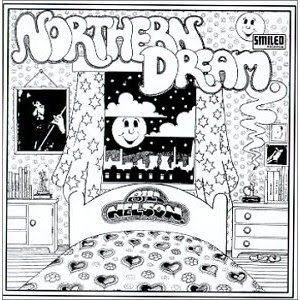 Bill Nelson – “Northern Dream”(Cocteau Discs, 2011)
Bill Nelson – musician, producer and
painter, who gained a commercial success during the 70s. His work was compared
with many musicians of that time, but he always managed to create without
turning back and went forward upgrading his music. Famous for his experimental
albums, with progressive music and deep lyrics, Nelson continues exploring the
creative, hidden corners of his mind until present day. One period of his
artistic career was marked with the band “BeBop DeLuxe” with whom he recorded
and released five studio albums during the seventies.
His debut “Northern Dream” from 1971, was
supported and financed by local record store from Wakefield, England. The
success came after the record got into the hands of famous BBC DJ John Peel,
who was one of the first broadcasters of psychedelic and progressive rock.
First of all, this album has unique charm
made by his playing style and beautiful voice.
Starting with a short message intro
“Photograph”, albums goes with fantastic gems like “Everyone`s a hero”, “House
of sand” and psychedelic diamond “End of seasons”. The energy of “Rejoice”
combined with progressive and folk sound is something a true good music fan
must hear, as it is a true classic. “Love`s a way” questions “…Have you see the
many faces / of the Lord / In between the empty spaces / Of any key or chord…”.
Nelson showed on his debut that he is a serious poet with straight and pure
meanings. Besides being a great poet, Nelson is a great guitar player.
Instrumental “Northern dreamer” and songs like “Bloo Blooz” (that`s actually
Blue Blues) and post hippie “Sad Feelings” surely prove it. “See it through” is
another confirmation of his great poet ability. Album comes to an end with
extended progressive “Smiles” and short acoustic outro track “Chymepeace (An
Ending)”.
The album sounds naive, gentle, pure and
avant-garde at the same time. Probably it was the best way to start a long
lasting music career.
http://www.cherryred.co.uk/
Review made by Andrija Babovic/2013
© Copyright
http://psychedelicbaby.blogspot.com/2013
Andrija BabovicBill NelsonReviews