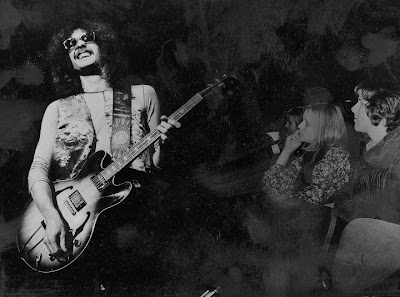 1. Hi John! I’m really happy you agreed to this interview. I would like to ask you first what can you tell me about the start of your music carrier. When did you first pick up the guitar and what was some of the early influences you had?

I was 8 years old and ask parents for an accordian…couldn’t afford one, so got me a guitar….a les paul junior for $149 worth $ 30’000 today….but I had to trade it for the bright red one…..stupid if I got the accordian I’d be playing electric barmitzfas !!

2. Were you in any bands in the 60’s? Any releases perhaps from then?

In junior hi and hi school I had a very successful teen band called ” the Barons “…. at 16 had bad acid trip, walking around ft. worth, walked into a studio, recorded two songs ” plastic windows “…” the life of john doe “…produced by T-bone Burnett who today is #1 producer in Hollywood….

3. You are known for writing 5 songs for Bloodrock. Can you tell me more about that?
Jim Rutledge, lead singer for Bloodrock walked into a gig I was playing at ” the Cellar ” and ask me to write songs for them….I wrote half of 5 albums, which lead to me signing with capitol….and a gold album.

4. Tell me about the One Foot in History. Here we have another killer release by you. Earth Eater track is the dope! I really enjoy it a lot. 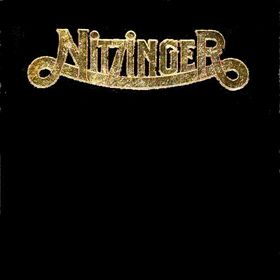 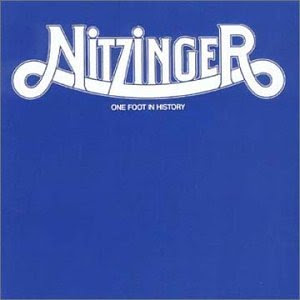 Nitzinger and One Foot in History came from that and I toured opening for ” Leon Russell ” on the infamous ” Carny tour “….played some tour with Bloodrock for ” Grand Funk ” toured with B.B. King….Freddy King…..Sly and the Family Stone…then on 20th Century Fox….live better electrically “…..I played most of the instruments…..then I joined Carl Palmer after ” Emerson ,Lake , and Palmer broke up, with a band called ” 1pm ” hand picked five guys from around the world to be the perfect band….we hated each other !!….five chiefs, no in dians

5. I heard you are very active lately. A new book, a movie, a new CD….Please tell me more about it?

You filmed DVD Live at Munich right? How was it?

I have a new DVD movie just released, premiere will be march 25th in ft. worth……cameras followed me around for 6 months everywhere I went …from wedding to funerals……i’m hald through writing a tell all book that will blow you away !!….a new album called … ” Nitzinger-nibbled to death by ducks “…..more movies of the movie type in store and my albums of course. 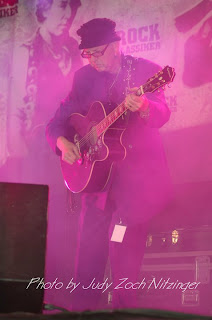