Hans-Joachim Roedelius interview about Kluster and beyond

Hans-Joachim Roedelius interview about Kluster and beyond 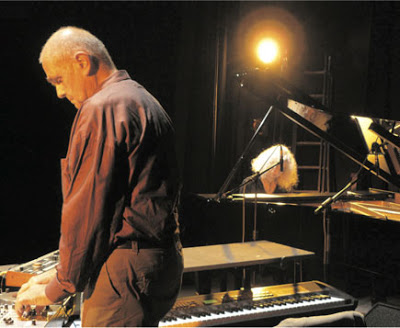 I would like to start with your childhood. I know as a child you acted in UFA films. Would you like to tell me more about it?

How did you first got involved with the music?

As an animator for tourists in a naturist camp at the isle of Corsica where I organised and played drum sessions at the beach at night.

Around 1968 you co-founded the music commune known as ‘Human Being’ and co-formed ‘Zodiak Free Arts Lab’, the centre of Berlin’s Underground Culture. Was it difficult to start?

Not at all hard because I only was involved in the process. The main spirit behind the idea of the Zodiak was Conrad Schnitzler. He found out about the venue and rented it from the city of Berlin. I came into the game when most of the work like refurbishing the rooms was done, I started there of course as well as all the others doing kitchen work, selling beer and such, but I was also from the beginning involved in the program, playing music first with Schnitzler, Boris Schaak and others there, but he left the lab soon after its foundation and “Human Being” overtook the responsibility.

‘Zodiak’ had probably the most important role in history of German experimental music. How did the concerts looked like at ‘Zodiak’?

It all happened in a big black room. There was the stage in the middle and the audience sitting, or standing around, but we had small stages at the sides of the room and sometimes several bands / musicians played at once.

It must have been really fantastic to be a part of such a creative time and place?

It was most interesting from the beginning, it was THE meeting place in town, everybody came and joined what happened there, there was program almost every day / night, not only music also, free theatre, dance, readings etc. Klaus Schulze when he still was a drummer/percussionist joined the club, Edgar Froese with Tangerine Dream when they still were a rock band, Ash Ra Temple, Michael Hoenig and many others also from outside the city, such as Guru Guru, Sven-Åke Johansson and many others.

In ‘Zodiak’ you met Dieter Moebius and Conrad Schnitzler and you started ‘Kluster’.

‘Kluster’ didn’t start in the ‘Zodiak’, ‘Kluster’ was founded at the end of 1969 by Schnitzler and their first concert happened in the University of Fine Arts and the second was a 12 hour length’ concert in a gallery before Kluster left Berlin for a tour that went on for about two years. I met Moebius in the ‘Zodiak’ but he was there only as a guest, but Schnitzler was the main founding member of the club along with Boris Schaak, Elke Lixfeld and myself. Schnitzler persuaded Moebius to become an artist, getting him out of a restaurant where he worked as a chef.

‘Kluster’ was active from 1969 until mid-1971 when Conrad Schnitzler left and the remaining two members renamed themselves ‘Cluster’. You released two albums. In 1969 ‘Klopfzeichen’ and a year later ‘Zwei-Osterei’.

The concept behind was improvisation with whatever was making noise, from kitchen gear to alarm clocks to self made little tone generators and such, but the two LPs we did, we already were using three organs, two cellos, one knee-violin, a guitar, (all with pick ups), echo machines, reverb etc. playing a concert in a studio of about three hours length’ from which our producer took the material for the two vinyl adding poetry from the oecumenic movement on each of them.

‘Cluster’ has been active since 1971, releasing a total of 13 albums. I would like to know, if you can tell me what are some of the strongest memories from producing and releasing your first four albums?

Of course the ones we produced in rural Forst where we’d settled down after constantly touring for years (‘Zuckerzeit’, ‘Sowiesoso’) and the ones we did with Brain Eno and some others we did in different places. All these are connected with nice and sometimes weird memories relating the beauty of the countryside and/or the interesting personalities of our collaborators.

On ‘Cluster I’ and ‘Cluster II’, the droning textures, the symphonic structure are really incredible…’Cluster’ then joined ‘NEU!’s’ Michael Rother to form the side-project ‘Harmonia’, before making ‘Zuckerzeit’, a marked change in the ‘Cluster’ sound.

All our collaborations happened by chance. We haven’t been at all after all the guys who finally did some work with us. They came to meet us interested by what we did at the time and asked whether we would like to join them in some collaborative projects. We didn’t join ‘NEU’, we worked with Rother from NEU, who came to meet us in Forst to ask whether we would like to work with HIM. We never did any work with Klaus Dinger, we once in the past joined Kraftwerk live before they got famous with ‘Autobahn’.

You also worked with Brain Eno.

He came once (1974) to listen to a ‘Harmonia’ – concert in Hamburg. He jammed with us at some part of it which we liked a lot and we asked him afterwards whether he would like to come to our place in Germany to do some real work. He agreed and appeared two years later and stayed and worked with us for about ten days. The product came out twice, once via ‘Rykodisc’ and ‘Sony’ in 1997 and again with bonus tracks in 2009 via ‘Groenland’.

There is not much difference in the way I work/produce, it’s all about improvisation, but there’s of course a difference in ingredient, instrumentation, arrangement and such.

Two of your latest albums are ‘Fibre’ and ‘Ex Animo’ and you started ‘Qluster’.

There is no change in the way I approach music at all, neither when I’m doing real solo work such as on “Ex Animo”, nor when I’m playing with the Fratellii Brothers as on “Reverso”, nor in Qluster on “Fragen”,”Rufen”,”Antworten”with Onnen Bock, nor on “Stunden” with Stefan Schneider (‘Torococorot’) nor with Pakistan Zahra Mani on “Damals”, nor with the many others I’m collaborating in the moment such as with Indian Chandra Shukla, US-Americans Tim Story, Dwight Ashley and Simeon Cox (‘Silver Apples’), Italian Fabio Capanni, Croatian Jurij Novoselic, Suisse Clementine Gasser, French Jean Benoit Dunckel and Christoph Mueller, Belge Alain Benisty and others.

My future is now.

Thank you for your time and effort. Would you like to send a message to It’s Psychedelic Baby Magazine readers?

Stay awake, join the Occupy movement at least mentally. Be careful, think about the miserable, help as much as you can anybody who needs help, take care of your parents, family and friends. Merry Christmas. 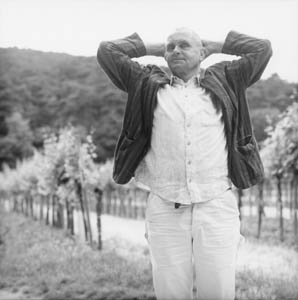