Sam Andrew is founding member and guitarist of Big Brother and the Holding Company.

Where did you grow up? What do you consider to be your first real exposure to music?

I love the blues, of course, always have. And all music that has gone before us. The music of John Dowland, Henry Purcell, William Byrd, all of the fabulous lute players of Elizabethan times, J.S. Bach, definitely Mozart, rhythm and blues, the great singing groups of the 1950s. The Louis. Louis Armstrong, Louis Jordan, Louis Prima, Miles Davis.

Cool Notes was your first band. Did you record anything or was it just a school band?

We recorded, but I don’t know where that record is today. We were serious and we had a lot of fun.

I was going to school at University of San Francisco which was quite near the Haight Ashbury. Then I started graduate school in linguistics at University of California, Berkeley. I heard Peter Albin playing guitar one day in one of those beautiful San Francisco Victorians, and I just had to see who it was. I proposed that we start a band, did that immediately.

Our friend Chet Helms was a visionary dreamer who saw everything that was going to happen before it happened. He believed that a better life was possible and he wanted to convert everyone to his belief. When he saw Peter Albin, bass player, and me playing, he had the idea of forming a band with us. He brought us a guitar player, James Gurley, and he brought us a singer, Janis Joplin. I always think of Chet Helms as the real “big brother” in Big Brother and the Holding Company.

What are some of your favorite memories?

Let’s say that the next gig we play is the most memorable. That will be San Rafael, California, 26 November 2011. I love playing in small towns to really appreciative audiences. They get rowdy and loud.

Debut album by Big Brother & the Holding Company was released in August 1967.

We were in Chicago playing and we decided to record there. The record company Mainstream was a jazz label and there was a very old school feel to the recording sessions… nothing like today which is all digital. 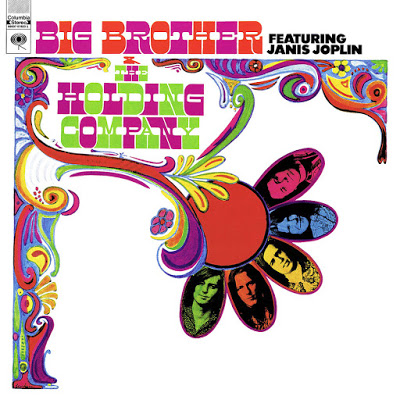 The idea was to do Cheap Thrills live but it didn’t turn out that way. It turned out to be a mixed artifact taken from bits of tape here and there. It’s definitely a manufactured product and I think really a brilliant job done by producer John Simon. We recorded a weekend at the Grande Ballroom in Detroit. We took the tapes back to New York and the band almost broke up right there, I mean the music was terrible. We were having a bad weekend. I came into our manager’s office and said, “Does anyone have a joint?” The manager said, “No, no smoking” and I said, “Oh shit, here we go he’s going to rap our knuckles” and he did. We all sat around and had to listen to this very terrible playing. So, it was kind of unusable. So what wound up happening was that we recorded a lot of live shows and then we also went into the studio and recorded and John Simon mixed it all in such a way that it all sounded live and in one place. But it was not. It was a total illusion. He put the room sound on, audience clapping and that. There are lots of mistakes, especially from me, but we were young and that’s how we looked then.

We made Cheap Thrills with Columbia Records who was part of CBS who also owned Fender guitars, so a lot of our equipment at that time came from Fender, amplifiers and guitars.

Robert Crumb did the cover. He’s a genius.

What are some of your favorite memories from touring?

I remember so many great gigs with Big Brother and the Holding Company, and I have written about many of them. In 2005 or so, we did a series of engagements in Ko Samui, Thailand, with Joel Hoekstra, where we recreated the How Hard It Is and Be a Brother albums. Joel did his homework and really learned the tunes and it was so much fun to revisit that period and to play those tunes that we hadn’t played since 1970 or so.

Another memorable evening was in Paris only last October 2010. Ben Nieves, guitar, Mary Bridget Davies, vocals and Jim Wall, drums, flew over to join Peter Albin and me on the very day we were supposed to play at La Boule Noire. I was worried about how they would feel. Would they be exhausted, would there be a tentative “first night of the tour” feel? Would the Parisians be just too cool to have a good time? None of that. From the first song, Jim Wall pushed the band to the limit. Mary sang her absolute best, Ben was happy and free flowing in his solos and Peter and I were laughing from the sheer joy of being in such a band. The Parisians knew they were seeing something special and there was a lot of yelling and screaming. No one wanted to leave afterwards.

Any gig with Janis Joplin was special. We played with B.B. King down in the Village at Jimi Hendrix’ club, Salvation, the weekend that Martin Luther King was shot. I have written at length about that gig, so I’ll just say here that Mr. B. came out and talked to the audience as a preacher might, and then he played the most sanctified blues. James Gurley and I were in awe of his playing, always, but that night he was something else.

We played at a Columbia Records Convention in San Juan, Puerto Rico, on the same bill with Blood, Sweat and Tears. Janis was really in top form that night. Big Brother had been performing almost daily for a while, so we had all the riffs down tight and polished. This was our only offshore gig in our entire time together with Janis. (I went on to play in Europe with her in The Kozmic Blues Band.) Big Brother were very happy this night and we did our best for all the record company executives.

Be a Brother was released without Janis. How do you remember her?

Many, many bright moments. Janis was very talented. Intellectual. Funny. Very quick. Original. Creative. Hungry for everything. I wrote a piece about Janis that I believe it’s the real Janis:

I played with Janis more nights than any other musician in her life. You don’t get much more lively than playing with someone, especially Janis, onstage in front of thousands of people. Compared to that, anything else is a step down, although I really enjoyed riding home in the car with her after the gig. She was a great conversationalist and we had a LOT of laughs.

In 1970 you released Be a Brother and a year later How Hard It Is. 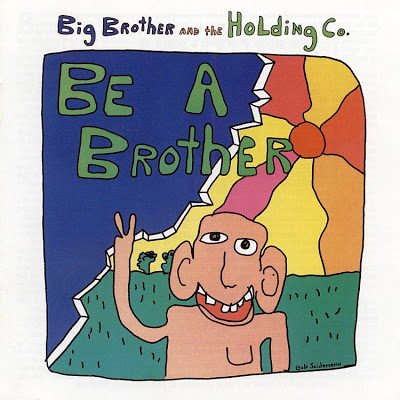 We had learned to play our instruments and this was the beginning of the time that we learned to hire excellent musicians to play with us. Mike Finnegan on keyboards and David Schallock on guitar were just such great musicians. Kathi McDonald and Nick Gravenites were fine singers. I started writing music in a lot of different styles. 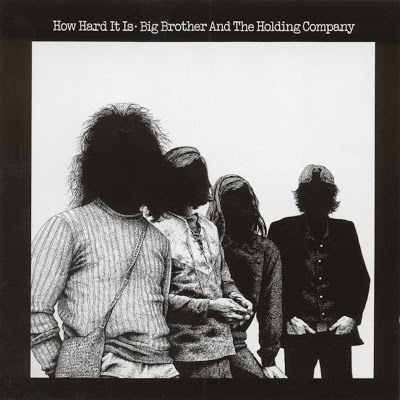 Big Brother stopped playing in 1972 or 1973, so I moved to New York, studied harmony and counterpoint and began to write “serious” or classical music. Then I came back to San Francisco and finally we reformed in 1986 and have been together since. 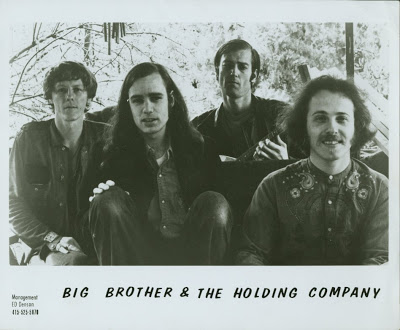 One of your latest projects was as a music director of the play Love, Janis.

This was very rewarding and educational for me. Talk about re-editing your life. It’s like you can go back to your twenties and teach somebody else how to play these songs but take out all the mistakes!

For the musical Love, Janis we hired real good singers. It’s a good play, that’s the main thing. All the words in the play Janis wrote, there’s not a word in the play that she didn’t write. So, they can’t screw it up. Even if they got it out of order, which they didn’t. Randal Myler, the playwright, did a real beautiful job of putting it together.

Love, Janis is mainly about the letters that Janis wrote to her parents. There may be some connecting material, some interviews where she answered questions but it’s all her talking. She will read a letter, and many times a letter I actually watched her write at the time, and the actress will read a letter in Janis’ voice and costume. Then the band will play a song from roughly that same time as she wrote the letter.

Powell St. John will be re-making the vocal tracks on “Right Track Now” and you will be part of it. Are you excited?

Yes. I’ve always liked and respected Powell St. John and it’s an honor to do this project with him.

Do you have anything else to share for It’s Psychedelic Baby Magazine?

Don’t be afraid. Don’t worry about what you think might happen. Develop different parts of yourself and have fun doing that. Stay open to new ideas and practice your instrument. 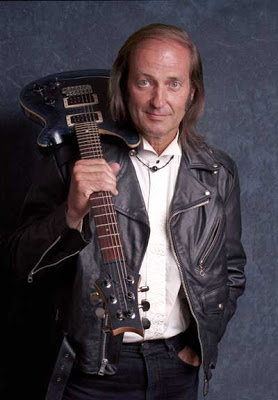