Velpo Robertson: Thanks for the interview. I grew up in a very rural area about 12 miles east of Richmond, Virginia called Bottoms Bridge. Sandston was about 5 miles away and at that time it was a very small town, more like a community. I always loved music and listened to whatever records my parents and older sisters were listening to. My first real influences, like most players my age, were The Beatles and all the British Invasion bands of that time. My oldest sister was a huge fan of soul music and R&B so I was exposed to a lot of that music as well. I didn’t realize at the time how much soul music inluenced me but I’m currently playing with a 8-piece soul band. Of course, we all loved Jimi Hendrix, Cream, Jeff Beck, Peter Green’s Fleetwood Mac and all the San Francisco bands, particularly Moby Grape. I think the first big influence on my band was Deep Purple, “Hush” and “Kentucky Woman”, because of the big Hammond organ sound. Then along came Led Zeppelin. That first Zeppelin album and King Crimson’s In the Court of the Crimson King changed our whole way of looking at music. One of the biggest influences that we regularly saw in person was Steel Mill. A band from New Jersey with some guy named Springsteen on guitar. I can’t overstate the impact that Steel Mill had on us. Even then it was obvious that Bruce was a star. 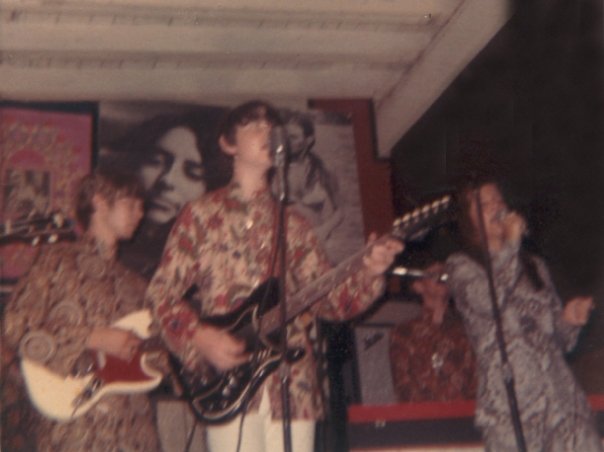 At first you were called The Hustlers.

The Hustlers was a pretty typical neighbourhood band trying to play the hits of the day and learning to play our instruments at the same time. We went through a lot of personnel changes and ended up with myself, Gray McCalley, Butch Owens and Dudley Sharp. Dudley left to get married and we replaced him with a friend of ours, Steve Hicks. This was the summer of 1970. We had already decided that we wanted to do some original material and go for a “heavier” image, so we thought this would be a good time for a name change and a different approach. So, The Hustlers and Short Cross were really the same band. The Hustlers never released anything. All we have are homemade tapes that we made just to hear what we sounded like.

Well, I’ve already explained how we became Short Cross. Finding a name was exactly like the scene in the movie “That Thing You Do” where they sit around and throw out names until everybody agrees on one. I think we chose it just because it had a nice sound to it. Much later we found out that a short cross is actually some kind of ancient British coin. 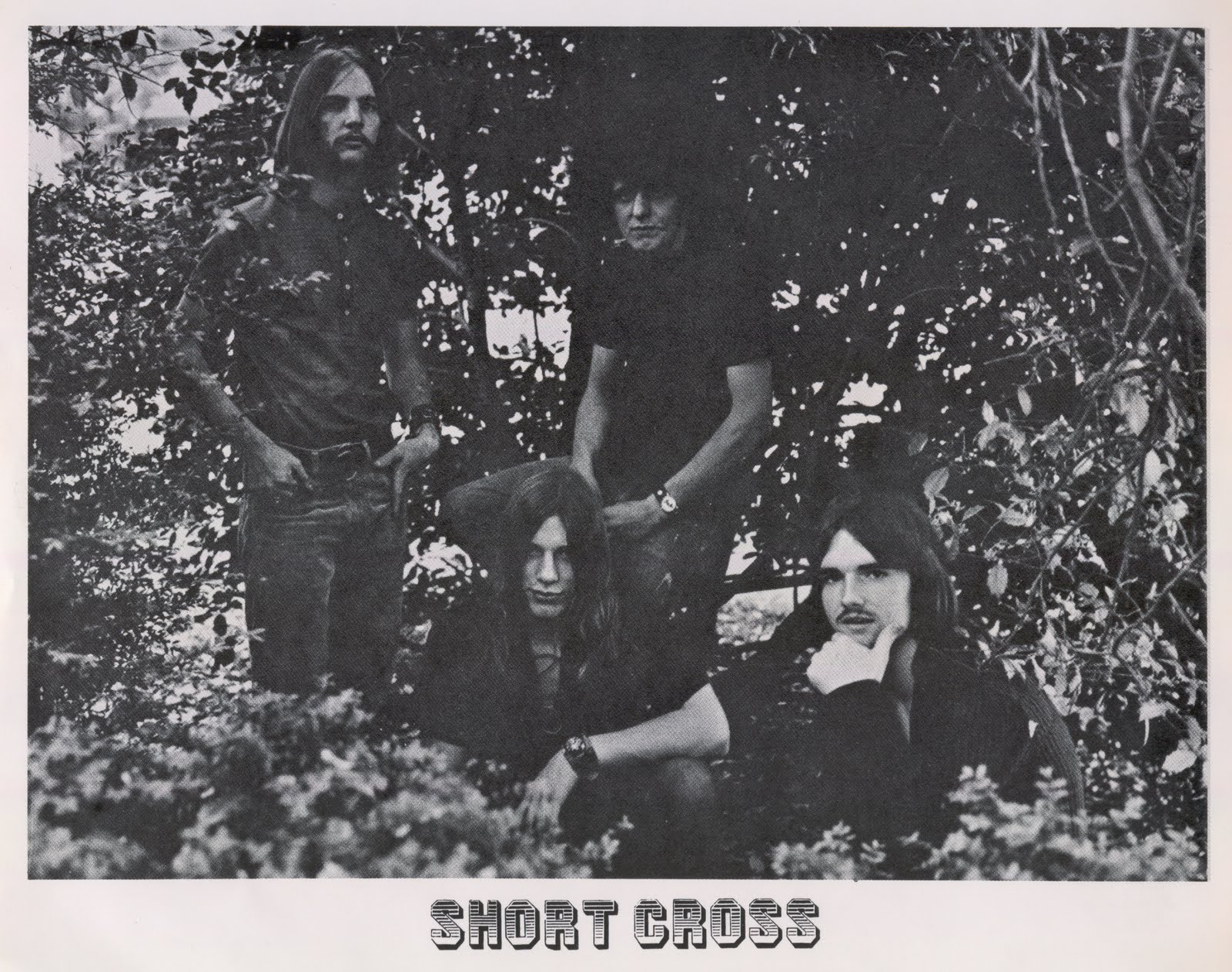 In 1970 you released “On My Own/Marching Off to War” single via Colpar Records.

September 1970 to be exact. We made some home recordings of some of our original songs and took them to a local booking agent who couldn’t wait to get us out of his office. Fortunately, Nick Colleran, who would produce the single, had been listening from his office and caught us on our way out. 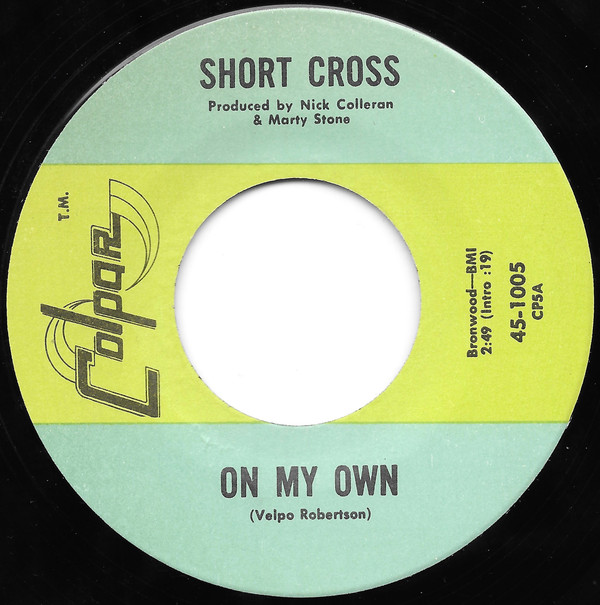 He explained that he had a small label that had some distribution and that he would like to produce something for us. This was huge to us because we all knew that Nick had been the leader of the most successful band in town, The Escorts. (The Escorts that recorded the LP Bring Down the House and released several singles on the TEO label.) We had heard them on the radio so we thought they were big time. He explained further that we would have to go to Sigma Sound in Philadelphia to record because at the time there was no proper multi-track recording studio in Richmond. So, Nick came to several of our rehearsals and rehearsed us until we could play the songs in our sleep in order to save money on studio time. We all went to Philadelphia, cut four sides and mixed in one day. It was a great adventure for a bunch of 15/16 year old kids. I went back to Sigma with Nick a few weeks later to re-cut the lead vocal on “On My Own” and re-mix. Two weeks later we were on the radio.

Two side notes: Nick Colleran played the slide guitar on “On My Own” and my friend, Bill Coon, should actually be credited as co-writer. Somewhere in filling out the copyright forms his name didn’t get added so I’d like to correct that here.

In 1972 you released Arising via Grizzly label. What can you tell me about Grizzly Records?

It was released in March 1972. We had recorded it December 23-27, 1971 at Alpha Audio in Richmond. I remember recording on Christmas Eve and Christmas Day. Nick Colleran, who had produced our single, was the majority owner of Alpha and the Arising LP was the first record recorded there before they opened for business. I should mention here that Steve Hicks had been replaced by our original bass player, Dudley Sharp, sometime in the summer of 1971. The Grizly label was not really a label at all and ours was the only record released on that label. 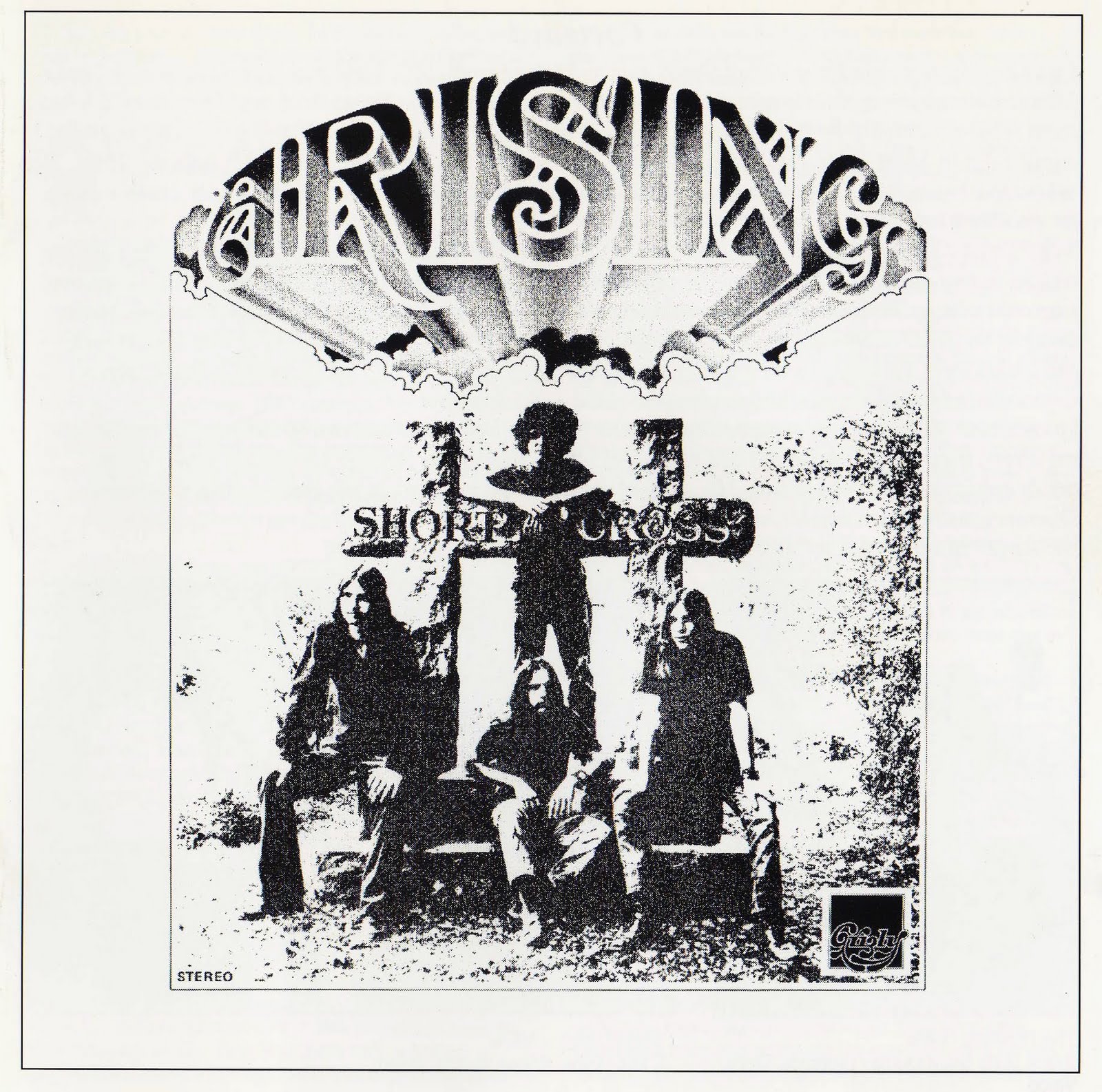 What are some of the strongest memories from recording your album?

I have three strong memories. One was learning the process of making records. This is a critical memory for me since I now engineer and produce for other people. That’s the positive memory.
Two was the addition of horns to “Nothing But A Woman”, the opening track. We thought it was very Chicago-like and that was definitely not what we wanted to be. When we listened to the first mix the horns were featured prominently and we got into an argument with the producers, Dave Herren and Nick Colleran, and ended up walking out. We later cooled down because we realized we really wanted to make the LP and if this was the only way to do it, so be it. We did get them to turn them down! We liked the horns on “On My Own” because we thought it had a kind of funky, Memphis sound.

Three was the argument over the inclusion of the song “Ellen” and to this day I regret not fighting harder to leave it off. It didn’t belong on this LP and we had much better songs that were left off. In fact, at the LP release concert we were supposed to play the entire album but we played an Ian Hunter song in place of “Ellen”.

What can you tell me about the cover artwork?

Not much. The front and back cover photos were shot in Hollywood Cemetery in Richmond. The little drawings inside were drawn by a guy named Jack Amos who is still living in Richmond. That’s all I know.

1000. However, 500 of those were destroyed by our producer, Dave Herren. Not out of anger, he just needed the space. I think about 300 were sold and 200 ended up in the cut-out bins. In those days we didn’t think it was “cool” to sell our own album at gigs. Silly, huh?

Did you do any shows?

We actually stayed pretty close to home because we were still pretty young to be off touring. I was still in high school. We played a lot of free festivals in Monroe Park in Richmond on the VCU campus and elsewhere in Virginia. Probably our biggest show was opening for Black Sabbath at the VCU gym. We also opened for Black Oak Arkansas in Radford, VA.

Are there any funny stories that happened on the road?

Too many to mention and few that are fit to print. Most of them involve getting into fights and nearly getting into fights. You have to bear in mind that in those days, in the South, the “good ol’ boys” didn’t care much for “long-haired hippies”. That was another reason why we stayed close to home. 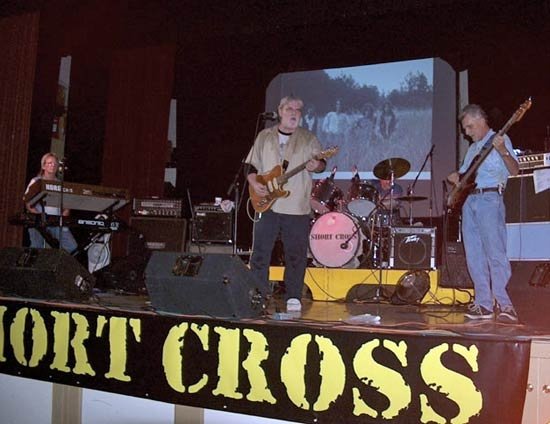 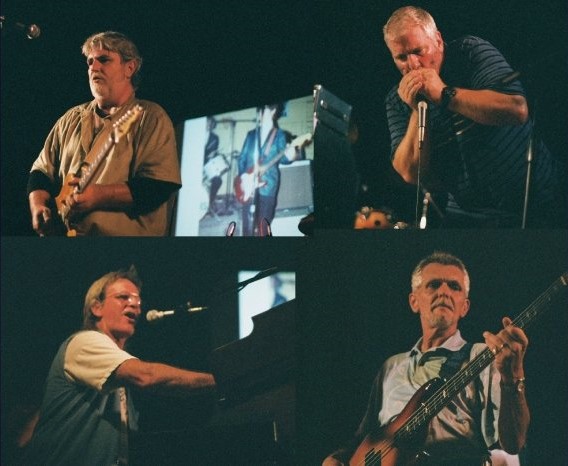 We went back into the studio in late ’72 and cut basic tracks for “Before It Rains” and “Bomb” which are included on the Gear Fab CD reissue. We didn’t have the money to finish and, truthfully, we were all losing interest. Same old story of getting jobs, getting married, wanting to play different music.

We played together until mid-1973 when our keyboard player, Butch Owens, announced that he was getting married and wouldn’t be able to play anymore. We limped along as a trio and finished out the contracts we had, playing our last gig in early 1974.

Since then our drummer, Gray McCalley, has been playing with, and now leading, a 17-piece swing big band called The Continentals. Dudley Sharp is a journeyman bass player who plays with a dozen different bands. Butch Owens is still playing, as well.

These days I’m still playing and producing music. I never stopped. I played with The Robbin Thompson Band from 1979 to 1983 and got to do some of that touring you asked about. I’m currently playing with Julius Pittman & the Revival, a blue-eyed soul band. I just finished producing and mixing a live CD for them called Live Tonight. I recently did some reunion shows with the Robbin Thompson Band which produced a CD and DVD called Live at The National. At 56 years old, I’ve finally found the time to start working on my first solo CD. In 2004, Short Cross reunited to play our annual high school reunion and it went so well that we did it again in 2005. I doubt that we’ll do any more Short Cross shows but I’ll be playing somewhere until I can’t do it anymore. I can’t help it. I love it.

I would like to mention that I’m on Facebook and I have a YouTube channel, velpo123, where there are videos of the Short Cross reunions and a few of my other bands, including a Robbin Thompson Band video with me doing the lead vocal. Also, the Robbin Thompson Band Live at The National CD and DVD are available on CDBaby as well as our earlier CDs. The new Julius Pittman & the Revival CD will be available September 1st. Velpo