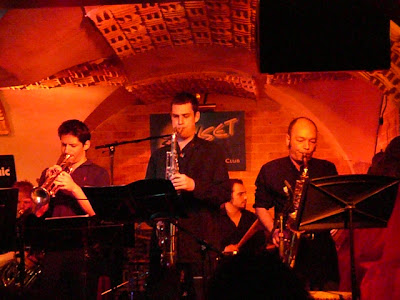 Interview:
When and where was Fractale born?
Fractale was born four years ago in my apartment (!) in Paris.
I was actually looking to do this since my last album, creating a group for the long term and not just stringing together studio albums.
Tell us about the beginning.
To begin this project, I had the incredible opportunity to have real work days (like anyone who heads to the office) and also the fortune of heading in the wrong musical direction. In fact, I initially had something else in mind. I wanted to form a brass band but not just any brass band! But rather, a band oriented towards “Dirty Dozen brass band ,” with shades of Pink Floyd from the “Atom Heart Mother” period and with a sprinkling of the Bach cello suites (just that …!). However, I quickly realized that I was heading for disaster, it had already been done and better!
Meanwhile, I was lucky, or unlucky, enough to fall in love twice at the same time: a book and a woman … but we’ll talk about the book, it’s less risky! It deals with a twentieth-century Spanish author, Javier Marias and one of his books, “Tomorrow in Battle, Think of Me”. For me, it was a real discovery due to the book’s construction, barely any punctuation, as well his own sense of time. This book and this author (I have since read all of his works …) were the genesis, the starting point of Fractale.
Why the name Fractale?
In fact, the name has not immediately imposed. Only when I had thirty “first draft” compositions did I realize I was working on time. “The black back of time” in the words of Javier Marias.
The word Fractale comes from Mr. Mandelbrot, the father of a mathemics branch which means irregular or broken. Thus, the idea of ​​forms that are infinitely repeated and form a whole, appeals to me. By extension, it’s like an obsession that spins and spins…
What are some of your influences?
In no particular and especially not chronological order : Magma, Soft Machine (Third), Miles (Silent Way), Pink Floyd (Wish You Were Here), Niels Petter Molvaer, John Surman, Michel Portal, Michael Nyman, Bach, Ravel, and Indian music. But also a lot of literary and film influences. Through my music, I try (humbly!) to build bridges or paint “sound pictures”.


Were you in other bands before forming Fractale? I know you produced 3 solo albums and I would be really glad if you can share a few words about them.
Yes, I was part of a lot of big band jazz and rock bands when I was younger (but it was whoever played the loudest who won … much ado about nothing!).
My first self-produced album was released in 1998, it’s called “Tupperware et bibelot (Tupperware and trinket).” At the time, I worked a lot with a string quartet and percussion (djembe, gong). 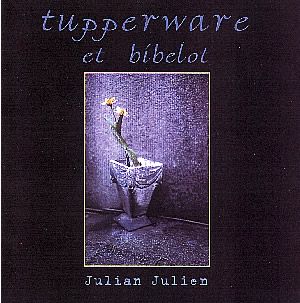 My choice was already made on instrumental music. It was my first album, so it wasn’t perfect but served as a stepping stone for the rest of my work.
My second album was released in 2006  under Priskonovenie’s label, it’s called “Terre (Earth)”. They are also instrumental pieces with a string quartet, percussion and piano. The titles are evocative enough to tell stories in my manner, like in the titles “L’attente” (The wait), “Promenade” (Walk), etc. 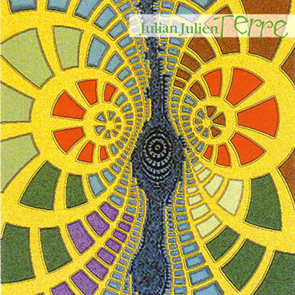 The third album was released in 2007 under Crystal Records’ label, called “Strange.” It draws as much from comics as from photography or film. For this project, I integrated a lot of Indian instruments like the sitar and tablas in an attempt to wed them to other instruments like the electric guitar or strings. One also finds a few veiled references, such the song “Cosmos” which is dedicated to the series “Space 1999” (I know that brings us back…) or “Indian Night” which refers to Tabbuchi’s book, or the beautiful soundtrack of Wong Kar-Wai’s “In the mood for love.” Finally, as for the title “Strange,” it’s inspired by the world of comics with the use many voice samples.

You have an album out called Suranné. Can you present us your new album (how do you like it, how it was produced and recorded etc.)?
“Suranné”, released in 2010 under my label “A Bout de Son” (The Edge of Sound)  is a live album from one of our concerts in Paris (at Zebra of Belleville). It consists of five songs and two bonus tracks.
The group is composed of two trumpets, a tenor, a baritone saxophone electrified with effects pedals, an electric tuba also with effects pedals, a drummer and myself on alto sax. Onstage, I also use the computer for more organic textures.
With Guillaume, my sound engineer, (the eighth musician in the group, he did a great job!) we made choices and selected only five songs for the album. I chose the title “Suranné” (which means outdated, outmoded) precisely because I wanted a ride that is fractal in time, without constraint, without time or mode, or power: in other words, outside of time . 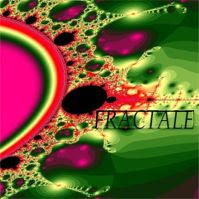 Would you also mind telling us about the songs. If you can share a few words about the songs on the album?
The pieces are parts. About twenty parts were written to form a whole. Within this set, the parts interact, respond, or take an intro from another part to go in a different direction. Part XV, for example, is based on a bass line repeated in a scene from Brian De Palma’s “Phantom of the Paradise.” Part VI is dedicated to the poor computer Hal 9000 in Kubrick’s “2001: A Space Odyssey,” but it can also be any of the 70 Italian films such as Ettore Escola’s, “Ugly, Dirty and Bad,” for example.
How is touring going for you? Are you satisfied with it? Share an interesting experience you had from concerts…
We had a great opportunity to do a tour in the United States – a dozen dates in just 15 days. It was a particularly grueling uphill battle, but we were able to play in Baltimore, Richmond, Atlanta, Washington, Chicago, Cleveland, and New York. The welcome was very warm and during our tour we often jammed with American musicians and the standard was incredibly high! So I keep a very fond memory of this because I think it’s always formative to rub elbows with others in your field. This can only be enriching. 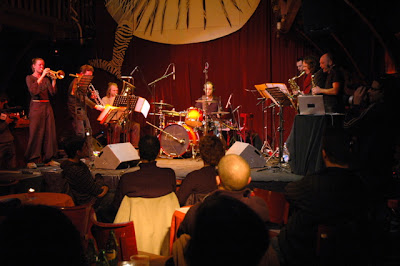 How about some future plans for the band?
Just to finally go the studio in time (!) And tour in France and abroad. 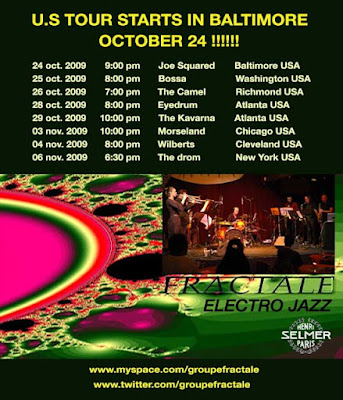 Thank you very much for your time and effort. Do you have anything else to say about the band or yourself, that I didn’t ask?
Yes, I particularly wanted to thank all the musicians and the sound engineer who participated in this adventure. I’m hoping it’s just the beginning … 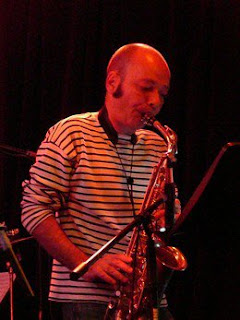