Felt formed in Alabama and released their only album on the Nasco label in 1971. Their music is a mixture of blues and psychedelic rock.

Mychael John Thomas: Like everyone my age, I listened to Elvis, then later one I became a huge Beatles fan. I also liked the ‘guitar gods’ of the day, like Eric Clapton, Jeff Beck, and of course Jimi Hendrix. In 1970, while we were writing and recording the album, I discovered several bands: King Crimson, Yes, and Led Zeppelin. The emphasis was on ‘Heavy’ music at that time, so I guess we just followed that road. My favorite band became Yes, but I was surprised that not having ever heard the band we (Felt) were already doing progressive music on our own. I loved classical and jazz music, which had a definite influence in my arranging…

Were you or other members in any other bands?

Can you elaborate the formation of Felt?

Mike Neel and I had played in a band together in High School named ‘Everyday Lyfe’. He moved to Florida then came back home wanting to start an original music band. We met Tommy through a friend and jammed at a free festival. He said he knew a guitar player, Stan Lee, so we got together and jammed, and that formed the core of Felt. Later on, Mike, Tommy, and Stan met Allen somewhere and brought him into a rehearsal. I had really wanted to stay a four piece guitar band, but Allen was so good, and it really did give a fuller sound, so I go onboard with it.

Oh my gosh…lots of pot… We rehearsed in an upholstery shop owned by Mike Neel’s dad. On night a local TV guy, named Lynn McCrosky, heard us and came down to talk. He became our ‘manager’ and took us to a studio in Birmingham (Alabama) where we recorded a five song demo. We had this one ballad called “Sweet Miss Lawerence”, my girlfriend at the time. It had this really nice three part harmony all the way through. The engineer kept telling us, “Guys, it’s not quite right. Can you do it again?” We said sure and wound up doing it three times. When we went into the control room to listen we got this big, big triple tracked vocal sound… we were blown away! That was my first and best memory of the whole recording process…

How did you decide to use the name “Felt”?

It was past tense, actually. We would always talk about how we wanted people to ‘feel’ our music, and that it came from the heart. On night we had this deep discussion about music and life and all that, and someone said, “man, I felt that…” I think I said, “Felt! That’s what we should call the band.” So it just stuck. We told some of our friends the name, and everyone said, “cool.”

Did you release any singles?

No. The Felt album was a first for all of us. Nasco just put the album out there with “Look At The Sun” as the first cut, because it was the most commercial song on the album. The whole thing was kind of unorganized really.

My uncle lived in Nashville. He was the president of a company that acquired The Cresent Corporation, which included Nashboro Records. After we did the original five song demo I sent it to him. He gave it to Bob Tubert, who loved the songs. So we went from there. Bob starting getting us into the studio on a regular basis. When we got the songs where we wanted we decided to go with Nasco, which was Nashboro’s attempt to get into the Pop market.

Colombia, United Artists, and A & M I think, had expressed an interest in me separate from the band. They wanted to use studio guys around me. But I probably wouldn’t have even gotten to play on my own record. And it was the 60’s… we were brothers, you know. So we decided to go with the smaller label where we could stay together and also have more creative control of our music, because it really was a team effort. Mike and I wrote the songs, but everybody did their own thing to make the music unique…

Well, first we went to this little studio in Tupelo, Mississippi to do some preliminary recording, you know, to just get the feel of recording. I think we did four songs and all but one would up on the album. We kept rehearing till we thought we were ready, then we went to Nashville and recording the entire album in two days. We came back in early January 1970 to do the final mixes. We mostly recorded everything together, vocals and all. We were in the A studio, which was very big, so we got to spread out for sound separation (of a sort), but we could still see each other. We added a few ‘overdubs’ but not many. Several of the songs we did the music first then added the vocals afterward. I do remember “Look At The Sun” and “Weepin’ Mama Blues” being recorded live with no overdubs. That’s probably why those were the most popular at the time… they had that ‘live performance’ feel.

“Music was the language of the day”

Ha ha… back then it was Chicks and Drugs… not a good combination. No, seriously, I think I was just a deep thinker and had to express it in some way. I used to write short stories and paint, but music was just the language of the day. And I had grown up in Nashville, so I had early influences of music business and songwriting… I had this vision that one day I would change the world with music. Like most musicians in the 60’s, I was a dreamer…

“Look At the Sun”
After a breakup with my girlfriend…very deep, philosophical take on it from a 17 year old

“Now She’s Gone”
Mike wanted to write a song about his sister, I think, who had really struggled with drugs. We kind of looked at what would happen if a person never got a handle on it…

“Weepin’ Mama Blues”
Oh wow… a lot of imaginary situations about my mom’s real life. My dad was an alcoholic, and we moved to Alabama to get away from him; he was very abusive. I had a younger brother, and I watched my mom struggle to support two kids as the sole bread winner of the family. I literally cried some nights watching her go through it…

“World”
The outcry of the soul for peace, personal and global…

“The Change”
This was my two-part epic about the results of a revolution. A lot of people at that time wanted to overthrow the Government violently. I thought some things were wrong, still do, but if you’re going to tear down something, what do you have to put in it’s place? So I suppose I was painting a picture of the destruction that happens in and after a revolution… loneliness.

The production was well done.

Well, not bad for a bunch of kids… thank you. In hindsight it sounds pretty rough to me, but it had that sincerity and urgency to it, so I guess that’s why people still like it. 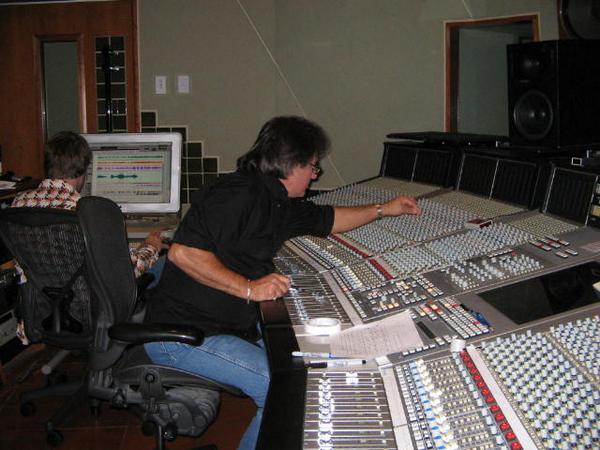 We were mostly a ‘free hippie’ band. We did get paid for a few shows. Before we could really get out there I got arrested for possession of marijuana and spent seven months in jail. When I got out it just wasn’t the same. I really separated myself from that lifestyle after that.

I do remember this one show we did at an amphitheater on a mountain in Huntsville. It was fall and a little cool. There was only about 20 people waiting to hear us play that afternoon. We almost cancelled the show, but we decided to play anyway. As we went on stage a big cloud of fog rolled down the hill toward the stage. The theatre was in a park and surrounded by trees. When we started to play people came out of the park through the fog… it was like a scene from a movie. Anyway, we would up playing for over 1000 people… our best performance as a band. We did the album plus some cover songs. That’s my best memory of the performing Felt…

How many copies were pressed? What’s the story behind the cover artwork?

I only have one copy of the album. And the artwork…yuk!! When the two guys who did it described it to us it sounded really cool: a naked chick painted with tempre paint laying on a white background… cool! I didn’t get to see it until it was already done, and I was in jail. When I opened it up and saw this scary looking ‘monster’ chick with all this pink background I said, “Oh my God! What happened?” To this day I still hate the cover… 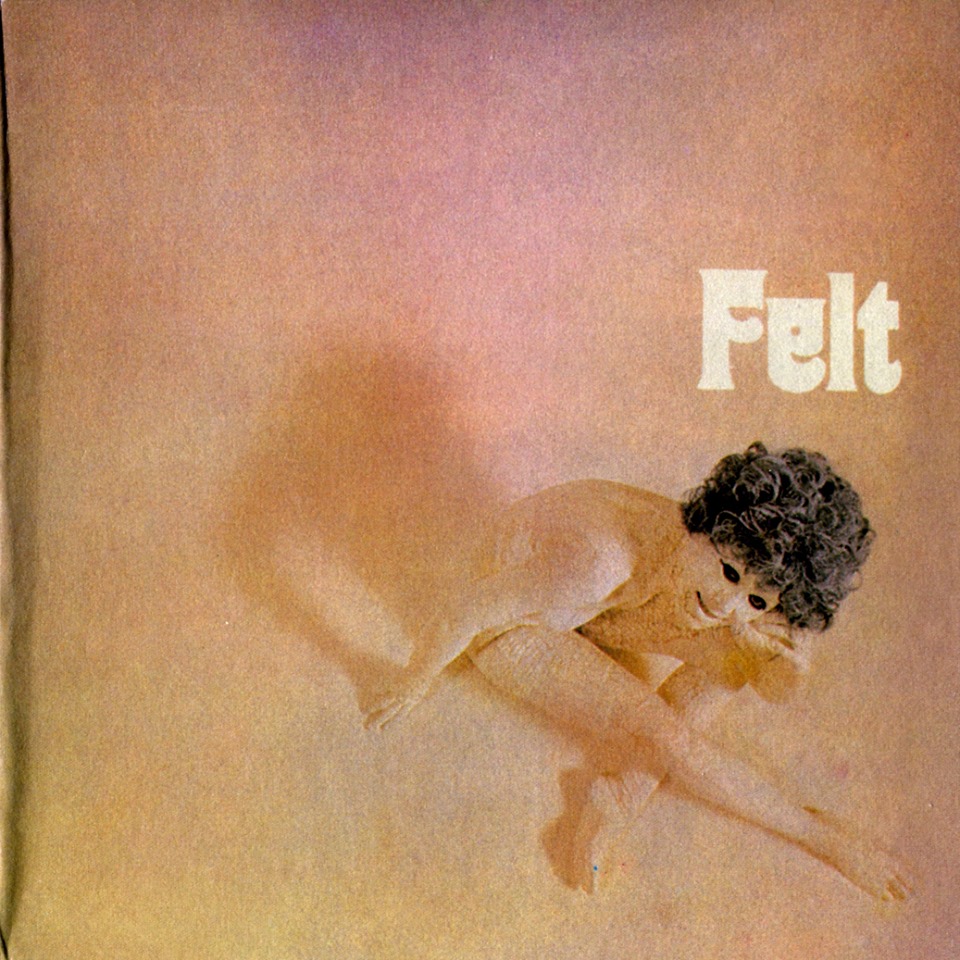 I was the only one who didn’t want to get high anymore… I was scared. So Mike, Tommy, and Allen went on for a while. Stan went to college. I got married and went to work, playing music as a sideman at night.

How about your solo albums?

In 1976 I went on the road with this 50’s band. We had this Elvis impersonator whose wife worked at a publishing company in Nashville. Her boss, Cliff Williamson, came to hear us. He signed two of us as writers. I was trying to write country music then. One night I demoed a song called “Crossfire” and he just flipped. He said, “If you’d write a bunch of songs like that I could get you a record deal.” So we spent a year in the studio and produced Neon Dreams the album. I became Mychael as my artist name. My name was Mychael Jackson, so I was trying to avoid all the jokes that went with it… in 1987 I legally changed my name to Mychael John Thomas, which had worked very well since then. 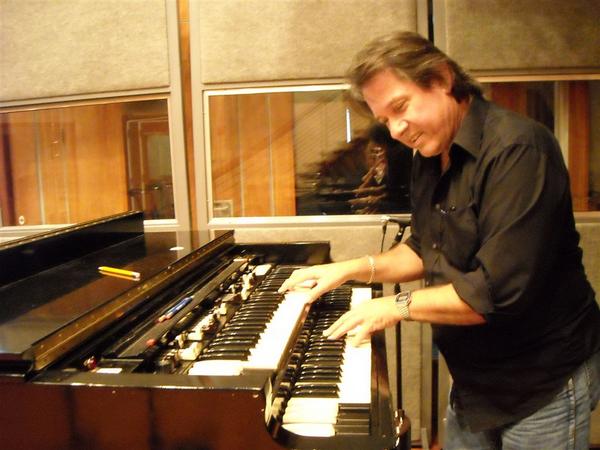 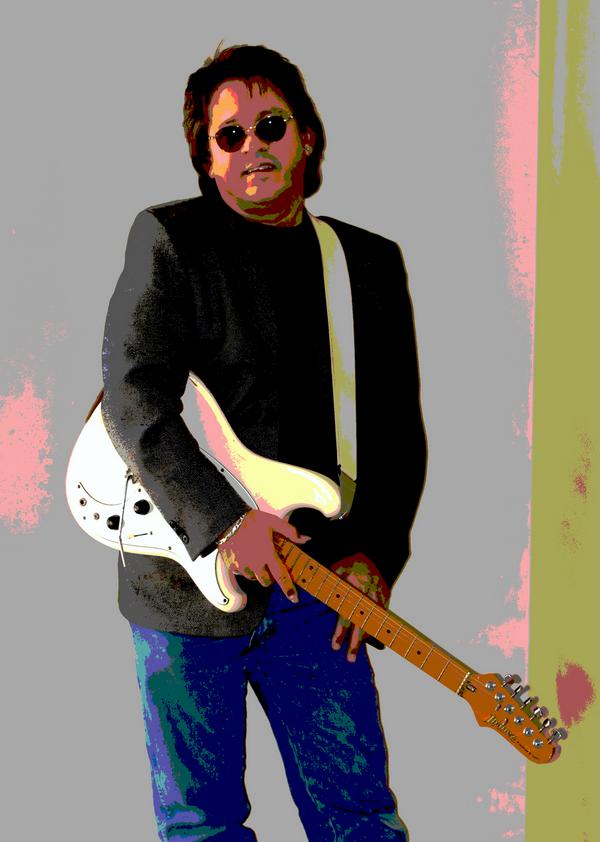 I wrote and recorded a bunch of stuff trying to get another deal. In 1983 I came very close to landing a deal at Atlantic Records, but I only had one song they were hot on… it just wasn’t enough. I also did session work and worked as a musician at Opryland theme park for six years… 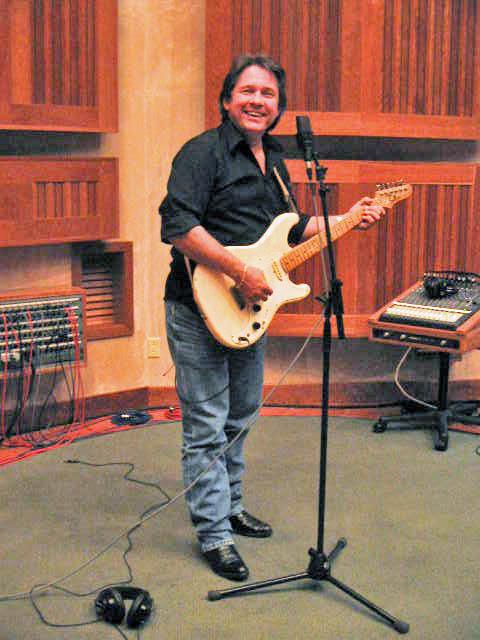 In 1987 I became a Christian and moved back to Alabama (had moved back to Nashville in 1975) where I’ve been ever since. I did and still do Christian music, and I went country about five years ago. My wife and I are completing a CD of our music due for release in a couple of months on my own label… Thomastone Records, Inc.

Maybe just… follow your creative heart. You never know when you will write something that will come back forty years later. If you’re creative, express it. People will decide what they like… in the end it’s about love and how you can offer that to people around you. Maybe YOU will be the one to change the world… Thanks for your interest,
Mychael John Thomas