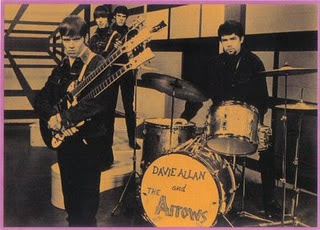 For the start of this interview I would like to ask you what can you tell me about some of the influences you had as a young kid?

That’s an easy one. Seeing Elvis Presley on TV did it! I knew that I wanted to get into music. My first guitar idol was Duane Eddy followed by Nokie Edwards.

Were you in any other bands before starting Arrows? Perhaps any releases from then?

Just bands playing at parties. A little recording but nothing released until 1963 when a couple of records were released under pre-Arrows’ names such as “Slip-Stream” by “The Streamers” on the Dot Records label. I re-recorded “Slip-Stream” for my “Moving Right Along” CD in ’08.

What can you tell me about the beginning of the Arrows? How did you meet with other guys?

The early “Arrows” were Drew Bennett on bass, Larry Brown on drums Russ Viot on rhythm guitar and vocals replaced by Wayne “Mickey Mouse” Allwine in 1967.
Would you like to share a story about Mike Curb, who released your first single War Path on Cude Records in 1963?

We met in the choir at Grant High School in Van Nuys, CA. We started co-writing and recording many tunes together with some ending up in various films such as “The Wild Angels”, Devils’ Angels”, etc. More on my “Curb Story” can be found in Dick Stewart’s book “11 Unsung heroes of Early Rock and Roll” (available on Amazon, etc). 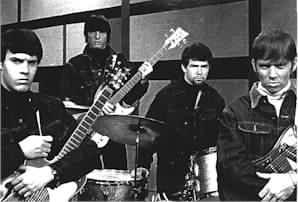 How do you remember some of the first sessions you had with The Arrows? Apache ’65 is your first LP from 1965. The album is not just surf music, but it contains some very early psychedelic touches in your playing. Where did you get that sound? What can you tell me about recording sessions from this album?

These two questions go together in that the first official sessions were for the “Apache ‘65” single and then the album. At that time there wasn’t a band except for me and Larry Brown. I played electric rhythm on some of the tracks and then overdubbed my leads, Harley Hatcher played acoustic, Andy Andrews from “The Hondells” played bass on some tracks and Curb was on electric piano. 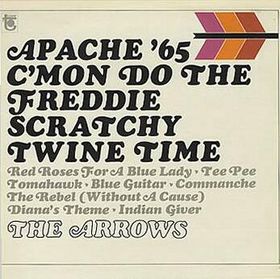 How did you get into making soundtracks for biker films? The Wild Angels movies from 1966 contains several of your songs and the The Wild Angels, Vol. 2 is completely your work. In 1967 you did a soundtrack for another biker movie, Devil’s Angels. How do you remember recording sessions and producing these two soundtracks?


“The Wild Angels” was totally “Arrows” except for Barbara Pittman’s vocal on our “Theme From The Wild Angels” track. “The Hands of Time” tracks were all “Arrows” with my rhythm guitarist Russ Viot doing the lead vocals with Drew Bennett and I doing the harmonies. That was a great couple of sessions. Except for the vocals, all the tracks were recorded without overdubs. There was one overdub: Peter Fonda’s bike on the intro of “Blues Theme”. The negative parts to this were that the recordings are mono! “Devil’s Angels” was recorded a little differently. The “Hollywood Wrecking Crew” of studio musicians (Hal Blaine, Carol Kaye, Larry Knetchtel, etc…) were on many of the tracks with Drew Bennett on rhythm guitar and Larry Brown engineering. A couple of the tracks such as “Devil’s Rumble” were just Drew, Larry and me. “Devil’s Rumble” reared it’s ugly head again in 2008 when it appeared in Quentin Tarantino’s “Inglourious Basterds” film. 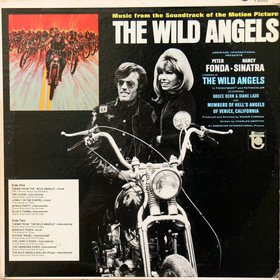 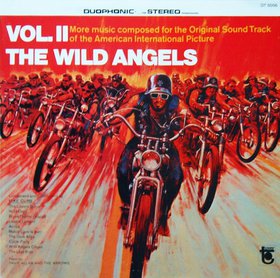 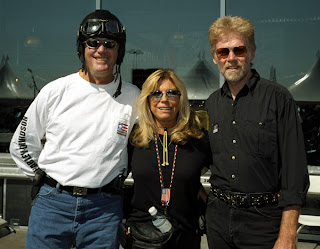 In 1967 you released legendary Blues Theme LP. What can you say about it?

I’m not too thrilled with it since most of the tracks were recorded years before and they didn’t work well together. 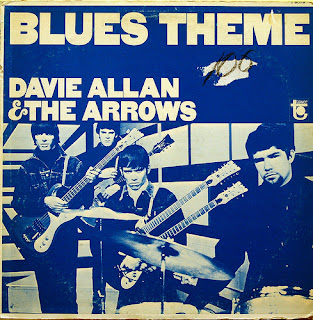 One year later in 1968 you released another really amazing album called Cycle-delic Sounds. It’s a mixture of instumental surf and psych, but this time, lots of psychedelia going on. What do you remember from producing and recording this LP?

For the most part, this one made sense. Except for a few older tracks, that album was put together as an album and not just thrown together like the “Blues Theme” LP. Tracks like “Cycle-Delic” and “Mind Transferral were actually thought out and not jam sessions as some might believe. “Cycle-Delic” had been put together on our ’67 tour and recorded when we returned home. Of special note on that track is my rhythm guitarist Wayne Allwine (also on harmonica and the sax mouthpiece solo). 10 years later, he became the 3rd official voice of “Mickey Mouse”. He passed away in ’09 and left behind some great kids and his wife Russi Taylor who is the official voice of “Minnie Mouse” (yes, Mickey and Minnie did get married!). 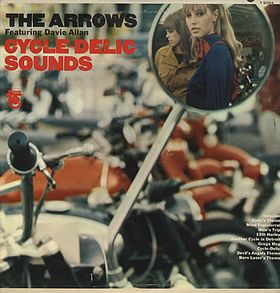 Wild in the Streets was your last soundtrack album from 1968. What happened next?

It appeared that “The Arrows” were finished so I played in “Top 40” bands until I tried to resurrect “The Arrows” in 1982 with a medley titled “Stoked On Surf”. It actually started a fairly good run with some of my best recordings (ok, my opinion) coming in 2003 and beyond. 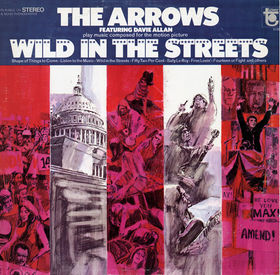 If we go back a little bit, what does inspire you the most to play in the way as you do?

If we are talking about “biker rock” and “melodicgrunge”, once I got into the fuzz, there was no turning back. 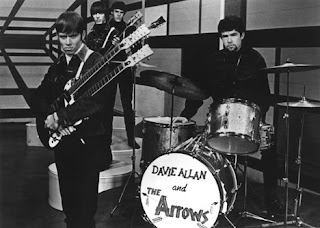 In 80’s you were back with releases like: An Arrow Escape, Arrow Dynamic, From Paradise To Hell and Fuzz For The Holidays. Would you mind telling us a bit about these releases?

“An Arrow Escape”, except for my liking many of the songs was a big mistake. Nobody wanted to hear me sing and especially not “country”! “Arrow Dynamic” had it’s moments but it was too slick and “From Paradise To Hell” was a comp from France that featured a sampling of my 80’s work (and “Arrow Dynamic” was part of that album). “Fuzz For The Holidays” came in 2004. 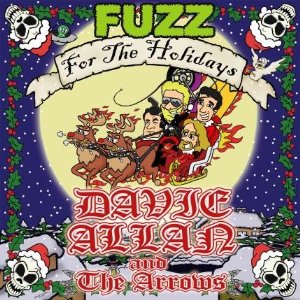 Then came the 90’s and you released Old Neck And Strings which is back to basic surf psych kind of sound. Later you released Loud Loose and Savage, Fuzz Fest and Bykedelics. What can you tell me about this releases?

The “Old Neck and New Strings” LP featured more tunes from the 80’s and “Loud , Loose and Savage” was a CD version of that album with extra tracks. “Bykedelics” was a new album released in Germany in ’99 and then re-released in the U.S. as “The Arrow Dynamic Sounds of…”. The biggest happening from these albums is there was a new tour….three weeks on the east coast. Exhausting but what a trip! 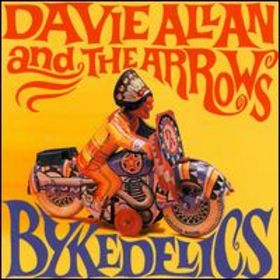 Restless in L.A. is another really great album. Would you like to tell me something more behind it? 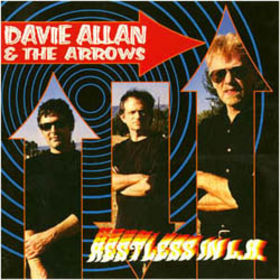 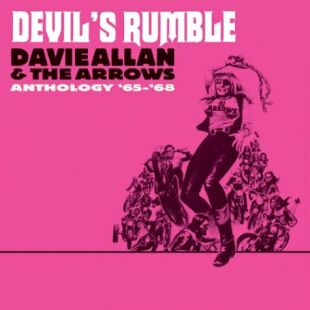 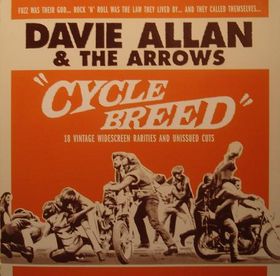 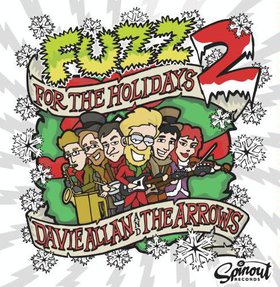 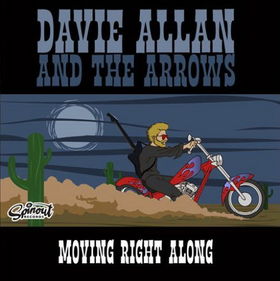 If we go back a little bit, can you share some concert experiences you had back in the 60’s? What festivals did you play at?

There was a ton of traveling in the 60’s. Teenage Fairs for a month in ’67 plus trips to various cities sharing the bills with the likes of “The Grassroots”, “The Leaves”, “The Seeds”, Van Morrison, “The Strawberry Alarm Clock”, “The Music Machine”, “The Turtles”, “The Standells”, Freddy Cannon and many others. 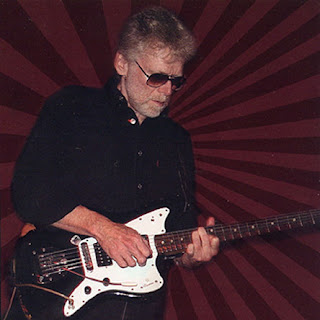 What are you doing these days Davie? 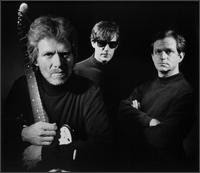 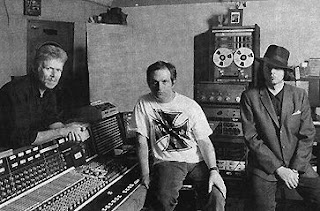 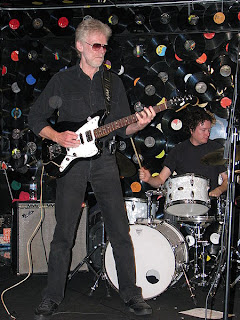 In the works right now is “Retrophonic 3” which features more “home demos” and previously unreleased tracks. Also, I am part of the 75th birthday celebration of Buddy Holly (September 7th): http://www.buddyhollyguitarfoundation.org/ 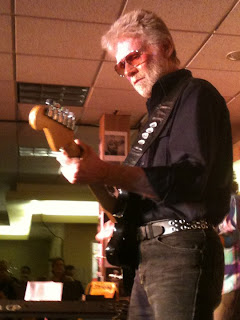 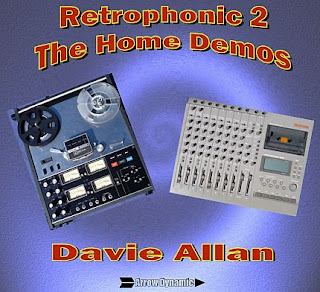 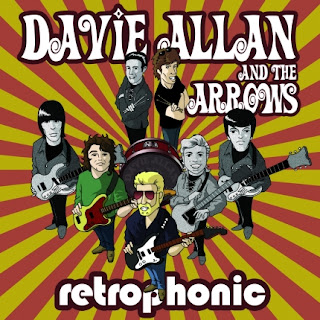 I would really like to thank you for taking your time and effort. I really appreciate it a lot. Would you like to add something else?

I want to thank you for this interview, great questions, by the way!
Also, I would love to hear from you readers! My email is melodicgrunge@yahoo.com and my website is www.davieallan.com 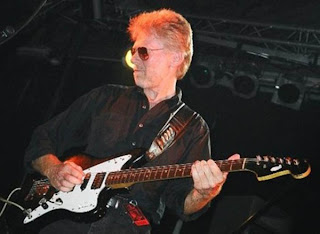