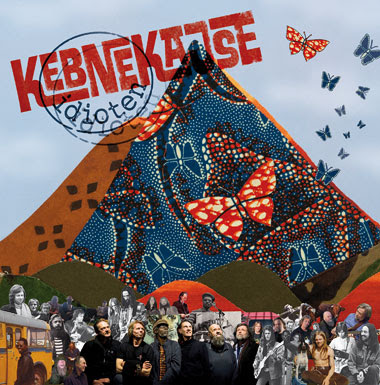 Thank you very much for agreeing to do this interview. Kebnekajse is really an amazing band and I’m really honored we can talk about your music. 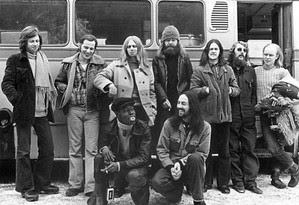 I know you were in bands before forming Kebnekajse. T-Boones was your first band. Then you formed Baby Grandmothers in 1967. You released Somebody Keeps Calling My Name/Being Is More Than Life in 1967. You also opened for some very interesting bands.
This band existed for a short period, but is yet one of the most important in my time as musician. Not because we were sub – sub for Hendrix, but because this was a period of experimenting and exploring possibilities of how to play for two – three hours without any written songs. 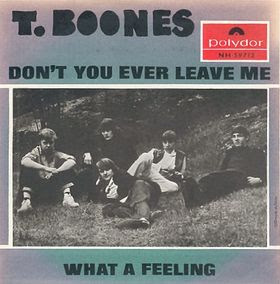 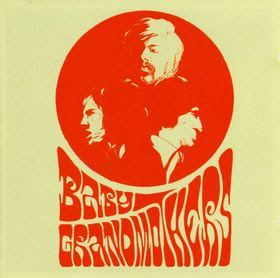 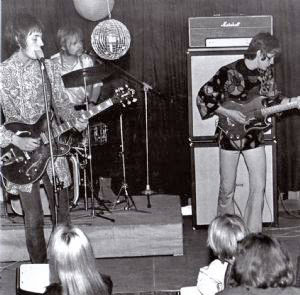 What can you tell us about material presented in the Subliminal Sounds release?
As I said in the first Q, we didn’t have any songs, so we just played on.
After that you went to join Mecki Mark Men for a short while.
Yes, this was also a very good and interesting time of my life. Mecki was a very special musician, with his own way of handling the Hammond. 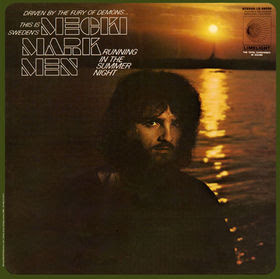 He could create some space sounds with the organ no one had ever did before him. And he had songs. With melodies and lyrics. With him put in our B-Gm we became a psychedelic dream band, you could say. Mecki with his spaced out organ, and B-Gm with our ability to freak out musically, was a group of that time. 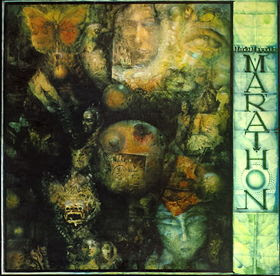 Formation of the new band.
After MMM broke up, we sort of stagnated, I wanted to form a rock band with songs in Swedish and instrumental music. I contacted a guitarist that was also a good singer, hoping this would be a good formation. 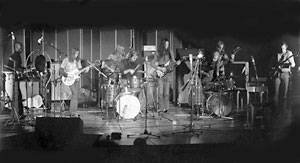 You released several albums in the 70’s.
We had a lot of fun in the studio, playing with the tape recorder, changing the speed and overdubbed a.s.o. New for us, but it had been used before us by i.e. Les Paul already in the 50’s. 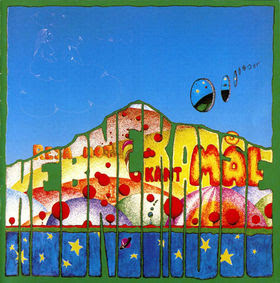 II was your second album from 1973. Its probably the most well known album from the band.
This album had another sound, but actually not so very different in music from my intentions with the first album. The most significant difference was, there were no vocal tunes. And as I had just been aware of the Swedish folk fiddle tunes, we used some of those tunes here. This did put us into the group of bands that were called “proggbands”, meaning “progressive music band”. This album also helped starting growing a new interest for Swedish folk music all over Sweden. 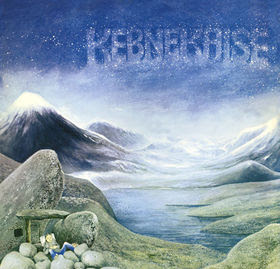 Later you released III in 1975, jus från Afrika in 1976, Elefanten in 1977 and Vi drar vidare in 1978. You also recorded your solo album in 1978 called Spelar springlekar och gånglåtar.
Kebnekajse III is like the number II, just some more tunes, but “Ljus från Afrika” is with an African touch kind of music. Our percussionist was born in Guinea, and arrived in Sweden late 60’s, and joined Kabnekajse some months before Kebnekajse II. He brought with him a lot of cassette tapes with African music that he played constantly in our bus during tours, and we all loved it. Elefanten was an attempt to move forward. It had a lot of influences from Mahavishnu Orc. with McLaughlin, Ponty and Stanley Clarke and such, but it didn’t come out as good as we intended. Kabnekajse was in a time of insecurities and changes, which were more significant in the last album, where no one from the original Kebnekajse any longer were present. “Springlekar & Gånglåtar” were tunes that Kebnekajse didn’t play, but was in my system, and had to come out. It was recorded between 8pm – 9am one week in 1976, on an eight track tape recorder with nothing but guitars plugged into the mixer board. 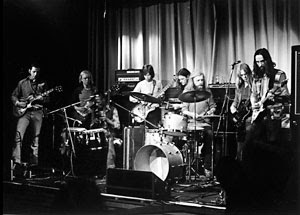 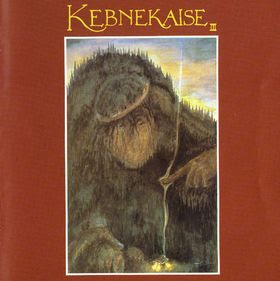 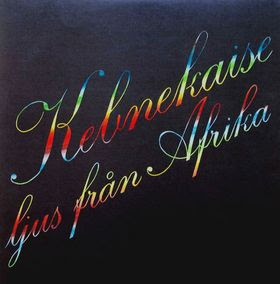 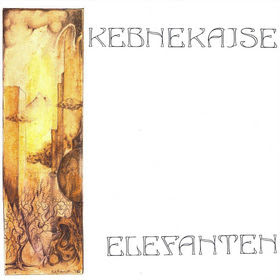 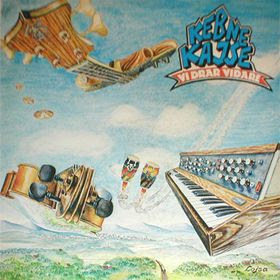 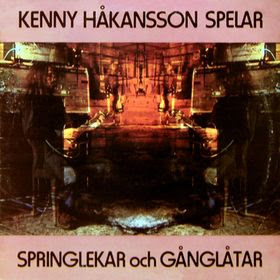 In the late 70’s you were involved with a band called Dag Vag. Another project was called Bill’s Boogie Band.
One member of Dag Vag called me September 1979 asking me if I would consider starting playing in their band, I said – “Yes, with pleasure”- I didn’t have anything going on at the time, so I was really pleased to be asked. This was a good chance for me to be active again, after being a bit off track for a while. I stayed for two years, Aug 1979 until Aug 1981. I felt I had to do something else, something to make me go further. I guess that is one of my “problems”, I get bored if I feel I can’t develop my music “skills”. 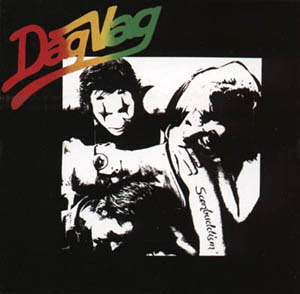 Bills Boogie Band was a kind of blues band. We did play blues, but not “by the book”. The singer and bandleader, Bill Öhrström, was more or less brought up with pure, original blues, being a son of a purser flying all over the world already in the 50’s. He saw and heard original jazz and blues artists as a nine years old boy, and he just couldn’t resist the power of that music. Anyway, he made us play blues genuinely, with the “right” feeling, if it is possible to say so. 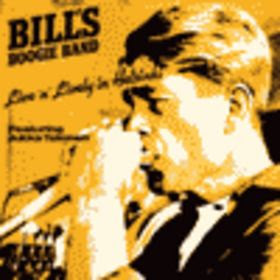 New recording of Kebnekajse.
It is like being with your family. You don’t have to introduce your self. Everybody knows each other, for good or bad.
We had our first gig 2001 since the last, 1977. That gig gave us a hope for the future, for Kebnekajse that is. Since our reunion it took eight years to produce this album. Much of the pre-work for this was my doing. I don’t really know how the others feel about it, but for me it was as we had to find our musical direction. One of the reasons we quit in 1977 was loss of direction, as I saw it. 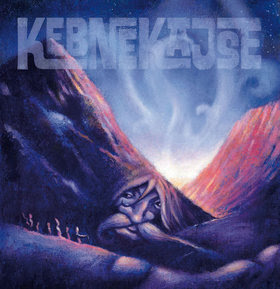 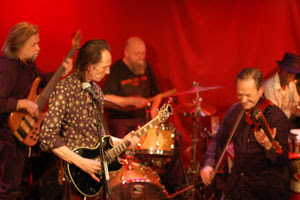 In 2010 you released your new solo album called Psychedelic Dream.
This is something I have wanted to do for a long time. I started approximately ten years ago, not with any album intentions, but merely as a live band. This band never actually was “a band”, but rather a group put together for every specific occasion. The songs on the CD have been growing and changed with every change of a member. The final result is a combination of the drummers, also co-producer and studio owner, and my work in his studio. And also I came to the conclusion that if this album should ever be released, I had to start my own record company. So I did, and so it was. My record company’s name is “Bluecolorstone”. And this is my first release, but not the last. 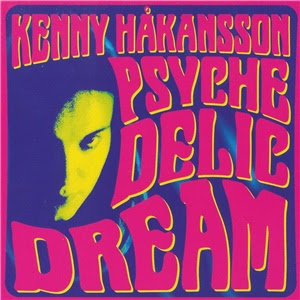 How about Idioten?
Yes, with Kebnekajse it is. Now that our direction is set, folk fiddle tunes of Sweden, we broaden our view a bit. This CD contains also a Bosse Hansson tune, “Tax Free”, and a jam-like African-like tune, “Senegal beat” where Hassan Bah has been given a little more room for his Jembes. Else there are mostly tunes from our Swedish soil.
I’m very pleased that you’re back together as a band. What are some future plans?
Oh, thank you for that. Our plans for the future are simple – keep playing for as long as we can. If you mean more specific… a new album as soon as possible, try to reach outside of Sweden, and of course play as much as possible in Sweden.. 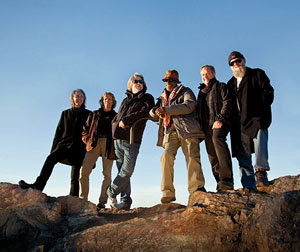 Thank you very much for your time and effort. Do you have anything else to say about the band or yourself, that I didn’t ask?
No, I think you have asked good questions, and I hope you are pleased with the answers. Thank you for being interested in my/our music life.
Best wishes
Kenny
– Klemen Breznikar 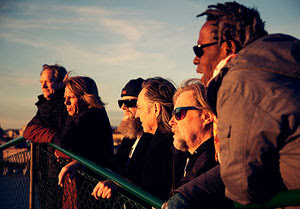