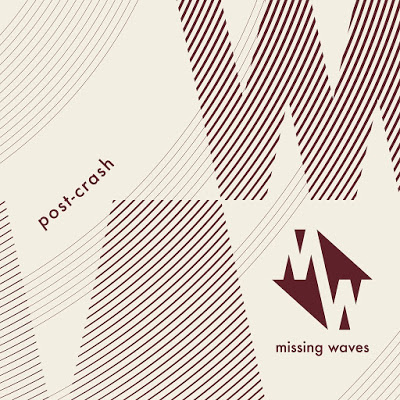 Missing Waves – Post-Crash (Brocoli, 2018)
https://missingwaves.bandcamp.com/album/post-crash
Missing Waves explained their choice of album title by saying, “Crash refers to when a computer unexpectedly stops functioning, where in that process, destroying its memories.” This by extension, indicates that a post-crash would surround the time and experiences after that crash, where if that crash were of a specific magnitude, then assembling the past is a cumulative and often dissociative process, where rather than having entire clips of memory restored, we’re left with bits and pieces to be reassembled into some sort of meaningful music dialog.
This is a great concept, one I thoroughly enjoy contemplating. In effect, what Missing Waves have done here on Post-Crash, is to draw the most treasured and imaginative aspects from across the musical spectrum, where these visions from the past are reassembled, rearranged and kindled with a new warmth, a new life, breathing forth new visions from things entirely recognizable, yet surfacing them with insightfully new, lightly bewildering, fascinating and entirely emancipated perceptions. It would be far too easy to employ the label of ‘experimental’ onto this wayfaring band, as their sound moves delicately into the realm of jazz, conceptual, avant garde and even post-psychedelic music, pursuant to the vast array of accompaniments, directions and musical imagery they express.
I would certainly not suggest that this dream laden music is not elusive by it’s very complexion, though that being said, these sounds are rather sophisticated, highly polished, deeply considered, nearly magical and surprisingly very accessible. Post-Crash is entirely worth your time, an adventurous album that unfolds easily, one laced with many of those ah-ha moments that not only keep listeners interested, but have them returning for more, as the depth and personifications found within this collection are entirely welcoming in their nature.
This is the point where I’d like to make musical comparisons, though here, that’s all entirely unnecessary and irrelevant, as Missing Waves have set out to purposely infuse their breathy music with the characteristics and romance of far too many influences for me to mention. Yet it would be remiss of me to imply that one aspect sounds like one band, while other sounds and conceptual aspects of other songs can be traced directly to another band, because that’s the wondrous nature of this recording, the simple fact that Missing Waves have intentionally set about to draw so much into one space, that out of old memories Missing Waves have created new ones to stand in their place … and this I find totally rewarding.
– Jenell Kesler
Jenell KeslerMissing WavesReviews