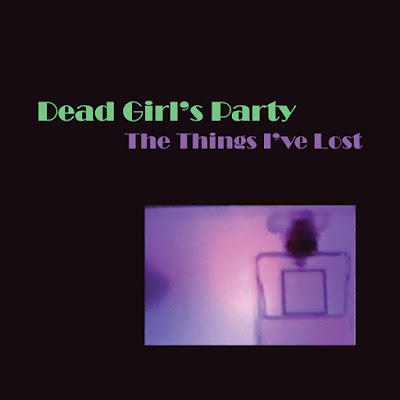 “A cross between Dome and Roxy Music”
Matt Krefting and Scott Foust, both key figures of  the Western Massachusetts underground, but from a different generation, made one record together, 2010s post punk/no wave album The Things I’ve Lost. At the time released by Entr’acte, now re-released by Feeding Tube. 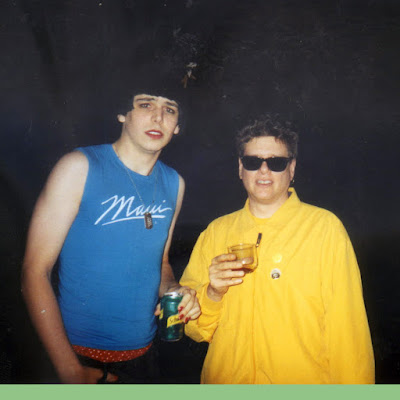 The CD-R version of this record got a very nice picture of the both of you printed on the on the CD-R. Where and when is this picture taken?
Matt Krefting: This picture was taken in Scott’s driveway during one of the many magnificent evenings that were routine there during that period. I was a full-time student when the photograph was taken, and we taught each other a great many things.
Scott Foust: In my mind that picture was taken a bit before I came up with the name for the band when Matt was at my house for a get-together. (Sometime in 2002.) I was on my daily Health Walk, when I saw a balloon rolling in a fenced in yard. The phrase Dead Girl’s Party popped into my head. I immediately thought this would be a great name for a band with Matt and me. We both always liked that picture, so we used it for the LP as well, although we are both a good bit older now.