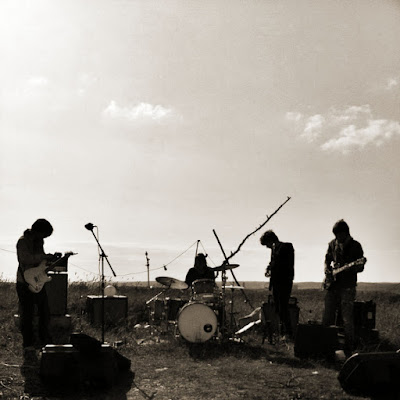 Who’s in Lamagaia and what do you all play? Have you all made any changes to the lineup since you started or is this the original lineup?

Lamagaia is Carl on bass, Tobias on guitar and synthesizers, Tore on guitar, organ and occasional vocals and Micael on drums. This have been the core line-up for many years. Inviting more people to jam, do live shows or do more serious recordings is always fun though, so we have some great fifth members out there.
What do you consider to be your first real exposure to music?
Tobias: I’ve loved music in one way or the other since I was a little kid but when I heard Ænima by Tool in 1996 it totally consumed me and over time it played a big part in drastically changing my view on what music is, can be and what playing music meant to me back then. Changed my life, changed my whole way of thinking.
Micael: I’d say the 90’s skateboard movies I saw over and over again in my preteen years. Some of them had some really great soundtracks with Pink Floyd, DJ Shadow, Sabbath etc.
Carl: Early 21th century, sitting on a train between Gothenburg and my hometown of Arvika, listening to a newly bought CD by the name of Sabbath Bloody Sabbath.
Tore: A friend of mine showed me Velvet Underground and Nico in high school. I didn’t get it at all at first, but when I finally did, it hit hard. It turned out to be a turning point for how I would come to approach music from then on.

When and how did you all originally meet?
Micael and Tore realized they both liked the song “Moonshake” by Can whilst on a roadtrip and decided to start jamming together. Tobias showed up at a bar and started talking about the blues, and that was it. A friend of ours then said he knew a bass player that would fit our gang, and, voilà! There was Carl, and our band was complete.

When did you decide that you wanted to start writing and performing your own music?
After some time jamming it felt natural to look around for some gigs and recording those jams we liked best. When our present line-up came together in 2012 we started to rehearse and record more, which led to us finding a more solid sound.

What does the name “Lamagaia” refer to in the context of the band name? Who came up with and how did you go about choosing it?
The name “Lamagaia” refers to a supreme aerial maestro – the Lammergeier. Back in 2010 Tobias had been watching BBC:s documentary “Life” and was mesmerized by David Attenborough’s presentation of this magnificent creature, hence the name “Lamagaia”.
What’s the songwriting process like?
We jam, record, listen, talk, jam some more, listen, talk, etc. When we rehearse we usually record most of what we are playing, then bring it home and listen, searching for what sounds good. Most of the time we find a riff or beat we like which we then use as a starting point for new jams. Eventually these might turn into songs (or not). We like to take our time with this process
Can you share some further details how your latest album Lamagaia (Sunrise Ocean Bender/Cardinal Fuzz release) was recorded and released?

The song “Aurora” first saw daylight in the late summer of 2012, actually during the same period as “Lamagaius” was created. Around Christmas the same year we started mixing “Aurora” and that mix is (almost) the same as the one we eventually released with Sunrise Ocean Bender and Cardinal Fuzz.
When we agreed on a release with Dave and Cardinal Fuzz, we took a look at some of our most recently recorded jams. We found two nice pieces which we decided to merge together and form what is now called “Paronama Vju.” Both were the first and only recordings of these particular jams and next to impossible for us to play again with the same kind of feeling and sound. 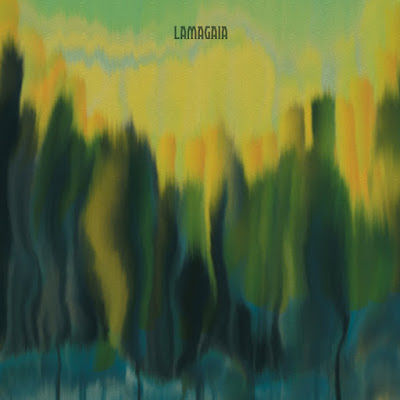 What kind of process do you have at mastering material for the release?
Dave at Cardinal Fuzz put us in touch with Chris for the mastering of the S/T album. At first we were a little hesitant since we couldn’t be directly involved for obvious reasons (Chris not residing in Gothenburg) but after some mail correspondence on how we wanted it to sound it ended up great!
What about your first album Lamagaius? How would you compare it to Lamagaia?
Lamagaius went a long way from being recorded back in 2012 to finally ending up being released by ourselves in 2015. We had a long time to think about how we wanted it and releasing it ourselves meant we had full control of everything – for better and for worse. The S/T album came about differently since we had the backing of Cardinal Fuzz and Sunrise Ocean Bender who know more about the business and how to do things properly – may it be mastering or marketing, getting people to review it and so forth. In terms of what songs to include on the S/T album it was a challenge. We work slow so we knew that if we were to record new stuff it would take quite a while, so we decided on digging through jams and songs we’d already recorded and pick stuff we liked. It ended up taking a while anyway, but I think we all agree it was worth it and the album turned out great. 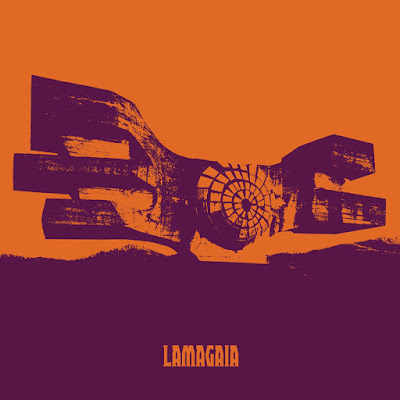 There is a reissue with remastered sound available…

Indeed there is, courtesy of the great Sound Effect Records in Greece. We got in touch with them through Tobias who runs the label Kommun 2 and the process went very smooth. Since the original release of Lamagaius was unmastered it got a much needed polish in terms of the sound. We were and still are very satisfied with the original cover and design so we decided to keep it with only minor differences. Huge shoutouts to Yiannis and Emilios at Sound Effect for doing great work and for being awesome people in general.
How about “Space Normal Speed” / “Seabass”?

Recording the “Space Normal Speed” / “Seabass” 7” was the first – and thus far only – time we knew beforehand what the recordings would be for. With Lamagaius and the S/T album the tracks were recorded without knowing if and how they would end up being released. There are pros and cons of both mind sets. However the limitations of a 7” is a little difficult when it comes to how we usually play. Being restricted to 7-8 minutes is hard when we usually produce 20 minute jams. Still, it was interesting and forced us to think differently, so it might be something we return to in the future if we feel like mixing it up. Looking back, we learned a lot doing “Space Normal Speed” / “Seabass”, both in terms of our internal process of making music and the importance of cooperation and communication when it comes to the actual release. 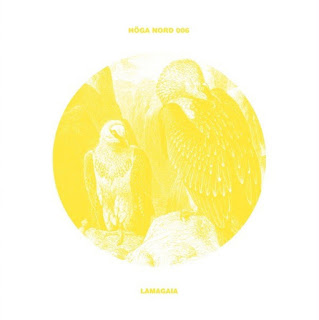 Who is behind the artwork?
For the latest album (S/T) we brought in our good friend and the fifth member of Lamagaia, Rommel Valgart, to do the design. He’s got the feel like no-one else and has joined in on several of our live shows doing visuals – one time constructing a pyramid with a projector inside it. That was awesome. Please do check out his work at http://art.studionunc.com/.
Who are some of your personal favorite bands that you’ve had a chance to play with over the past few years?
We had the chance of supporting Cosmic Dead for their Gothenburg gig on their Psych Is Dead tour in May which was lots of fun – great band and good people. Looking back a few years we’ve organized a few gigs ourselves with good friends in bands such as Growth and We Are Wood – both of them absolute favorites!
What are some future plans?
Nothing particular in the works at the moment. We’re doing some mixing and adding some stuff on yet another lengthy jam that we recorded this spring. Nothing is decided on what will become of it in the end though. Otherwise, getting our asses together and just jam it out more is always on our to-do list!
Let’s end this interview with some of your favourite albums. Have you found something new lately you would like to recommend to our readers?

Tobias: Been listening to an old Cocteau Twins compilation I bought years ago while taking my afternoon naps. Good stuff. And if you’re into space/drone stuff: Infinity Window – Artifical Midnight
Micael: Not new but oh so good: Phase 3 and Deluxe by the Swedish electro/kraut/kosmische/etc band Skeppet. New discoveries albeit by known bands would be Hasta La Victoria by the Myrrors and Watter’s new album History of the Future. Great albums.
Carl: Jazz på Svenska by Jan Johansson and the Babylon EP by Fontän

Tore: Check out the band/artist Shitkid if you haven’t already. Raw stuff straight to the head!

Thank you. Last word is yours.
Huge thanks to you Klemen! Here’s to hoping for a great 2018 when it comes to good music! Do check us out online once in a while, we might end up releasing something sometime.