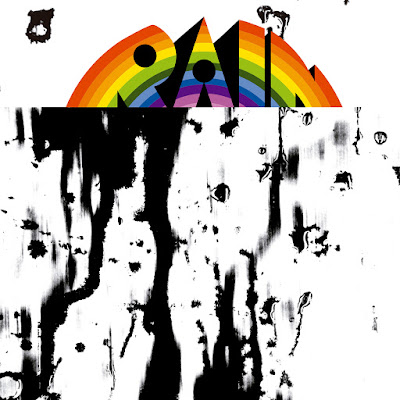 Album reissue on Out-Sider (2017) / Originally released on Project 3 (1972)
Guerssen
The lone album from Philadelphia’s Rain is an interesting melting pot of harmonic pop (‘Let Our Hopes Run Our Dreams’ prefigures Supertramp’s prog/pop and ‘Can You Help Me Sing My Song’ could easily have featured in a Partridge Family episode on American TV), hard rock (‘To A Dreamer’ features imaginative synth AND organ solos (!) from keyboardist/songwriter/vocalist Cobb Bussinger), and intricate jazzy prog (‘Mother’s Evil Child’ has some tasty guitar licks from Michael Kennedy). Perhaps the amalgam of styles hurt its chances of finding an audience who couldn’t quite make out what the band’s musical intentions were.
I also liked Kennedy’s Spanish-styled guitar solo on ‘Love Me Still’, which might have had a chance at the charts if Project 3 had a little more oomph in the marketing department. The actual singer, ‘You Take Me Higher’ is a galloping singalong verging on ragtime vaudeville, what with cowbells and clip-clopping percussion. [The non-LP flip side ‘Springtime’, an America-styled harmony pop tune is added as a bonus track.]
Thankfully, the longer tracks resist the temptation to wander off into aimless grandstanding (there’s a nice Yes-meets-Genesis vibe to ‘All Your Days Are Long’ and the gloomy, doomy ‘He Could Have Known’ allows the band to stretch out and hone their jamming skills).
Unfortunately, too many bands were churning out similar sounding albums and there isn’t too much here to make Rain stand out from the pack. Still, it’s a harmless, and occasionally very pleasant album of easy listeners, perfect for a  – wait for it – rainy day! Bussinger’s informative liner notes tell us the whole story, and also inform us that drummer and co-writer Frank Schallis died in 2000 and Kennedy succumbed to cancer in 2006. Bassist Ric Criniti spent a decade in the spotlight as the touring/session keyboard player (!)  in hairband, Cinderella, and Bussinger himself now composes music for film and TV.
– Jeff Penczak
© Copyright http://www.psychedelicbabymag.com/2017
Jeff PenczakRainReviews