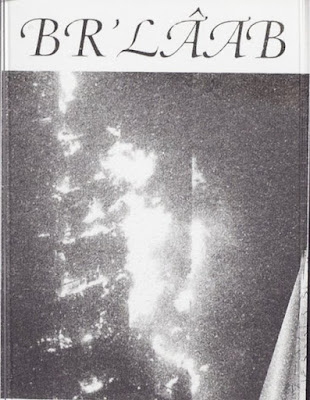 “Sound like speech”
Br’lâa B’s Molochville is a crude 22 minute collage tape, released on the German Ana Ott label.
How did you make this tape? Did you dig into your own archive of used and unused recordings, and mix this with other recordings (old vinyl and VHS tape material)? And in this sense, is this kind of a mix tape, a collage record?
All Br’lâa B tunes are a combination of my own recordings and found sounds. Montage is what it’s all about. Montage means to look for a sort of narrative drive. And everything is up for use, if it fits – it can be a strange wobble on an old VHS that I find attractive for a background sound of a tune I already have, it can be Lenny Bruce on vinyl saying “4 in the mornin’,” a feedback tone, anything.
When is a track finished?
A track is finished the moment I feel that through the combination of sounds, a certain psychology is established.
Can you give me an example?
For example, the track “Molochville”, I wrote and recorded some time ago, but it was not finished until I had found those brass notes that start it. And then the “Molochville” tape as a whole felt really finished once I had the juxtaposition with the other tracks around it.
If you mix your own material with that of others, does this help to look at your own work in a more objective way? Or is this an impossible thing, to look at your own work in an objective way?
The thing that works for me to objectify is that for a lot of tunes in this context, I am not working with any instrument except for the mixing desk. Which leads to my perception of a Br’lâa B song as a grid of sounds that need a certain order, a certain division or progression, to make sense. For me this feels a lot more objective than playing an acoustic instrument, where the sounds derive from your own physical actions and come from a place close to your heart or gut or lungs. 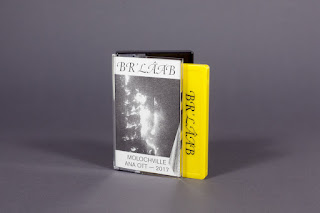 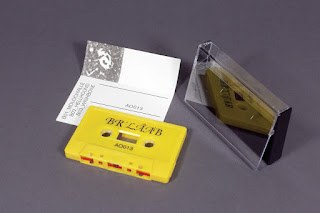 The sampling and editing is primitive. On purpose?
On purpose, yes in the sense that this grainy dusty sound is a sound I like listening to. But on purpose, not necessarily, rather it is dictated because of the source material: electro-acoustic music recorded on tape, the stutter tapes that sounded crude already and have aged a bit, and my own not really sophisticated way of sampling and splicing.
Tell me about the stutter tapes.
Not so long ago, I noticed that it was possible to see a connection between speech impediment and repetitive music. My mother was a speech therapist and she would often be listening to tapes of her patients, which fascinated us when we were kids – by the way my mother got rid of all of the old tapes she still had, because she knew that I was dying to use them for my music. And recently I stumbled upon some cassettes that I had once recorded, and they all figured some kind of impediment, like a sort of loopy stutter, exactly like a speech patient trying to pronounce the same phrase over and over again. I discovered that if I combined fragments of these old stutter tapes with some other music I had been working on, it created a type of sound colour I was looking for.
You called Br’lâa B a series.
It’s a series because my early loop experiments tie it together, and the stutter tapes are a finite number – they will only provide a certain row of usable sounds. 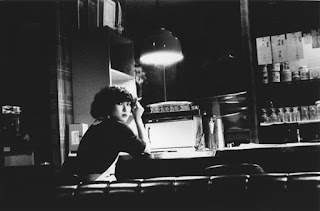 Besides that, it’s a series because the tunes contemplate on a couple of themes I want to explore. One of these is the idea of making music with a certain year or date in mind, such as “1937” on the Boogie Throb album, another idea is the notion of armor. The armor on the Cobraxine tape is “Wicker Armor”, something only a dope fiend or the chief of a primitive isolated tribe would strut around with – armor that does not really protect you, except in a world of magic and fairytales. The armor on Molochville is  more metallic, it’s armor welded from metallic junk, to the point of being unwearable.
Is there a final goal with this series? 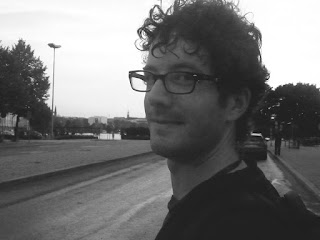 I have a fixed set of titles, or albums for lack of a better word, that I am working on, and I do feel that bringing all of these to a point of closure is a sort of necessity. But maybe I will say “Now it’s enough” sooner than that, for example when it turns out there aren’t any good sounds anymore to be found among the stutter tapes. Or when I’m really done with running myself ragged. Each time when I am finishing a tune from the Br’lâa B world, I tend to get into some sort of hyperventilation-manic-overdrive, meaning that it becomes totally compulsive, “I have to keep on working at it NOW even though I know I have to pick up the kids from school…” kind of thing. This seems to be the only way it functions, once I get at this music, the process speeds itself up just short of the breaking point.
http://blog.anaott.com/
– Joeri Bruyninckx
© Copyright http://www.psychedelicbabymag.com/2017
Br’lâa BJoeri BruyninckxReviews