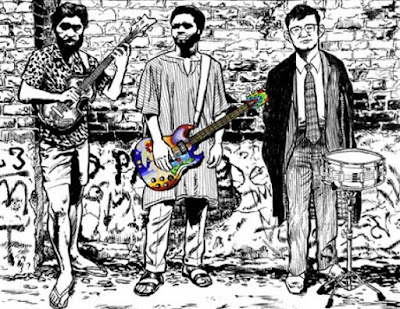 © Jeffrey Lewis
Anti-folk is
among the new breed of authentic, organic counter cultures. Some people call it
acoustic punk. It wasn’t until 2004 I decided to explore the genre, having time
on my hands after being released from the hospital after an unexpected skull
fracture. I heard about it as an updated form of folk music whose name was
coined after somebody got ousted from an ivied folk club for allegedly playing
a punk song at open mic night.
When asked how she remembers it, co-founder
Cindy Lee Berryhill, whose exemplary latest CD, The
Adventurist, was just released on Omnivore Recordings, says, “I was taking
a trip around the US on a Greyhound Bus … landed in NYC and fell in love
with the city at first sight. I found my way that first week, to the Folk City
open mic night, a contentious exercise in rubbing the old guard of folkies
(mostly songwriters from the 70s) up against this new generation of souls that
were sprouted on punk rock and 60s folk rebellion. I met Kirk and Lach, then called the Folk
Brothers. A month later I was still in town and hanging out with them and the
other disgruntled up and comers … One day Kirk and Lach and I met at a cafe
and talked about, even made a sort of to-do list of things we could do to get
our burgeoning scene of music friends more sort of gelled into a cool scene. I
tossed in the name Antifolk, which was a take on an LA club called the Anti
Club. Lach had another name but Kirk and I rallied for Antifolk and we didn’t
even find out that Lach agreed until it showed up one of his fliers that
month.” 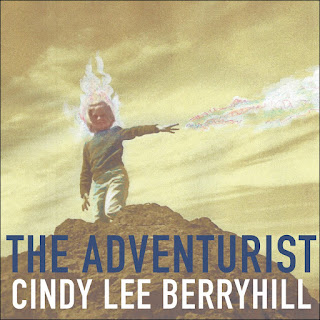 My first connection to the genre was
through Michelle Shocked, though I hadn’t heard the phrase yet, when I saw
her refuse to play along with David Letterman’s showbiz smarm when appearing on
his show to promote her first big hit, “Anchored Down in Anchorage” in 1983. Shocked went on to disgrace
herself years later by making homophobic comments during a show, or possibly
some 2nd or 3rd person comments misinterpreted
as having been homophobic—there’s some controversy regarding this; see this article by investigative satirist Paul Krassner for more of the dirt.
I’m hoping she’s innocent, who knows.
Cindy
Lee Berryhill was approximately my second connection to the genre,
via Teletunes, the bygone alternative-slanted weekly video program that
formerly appeared on Denver’s PBS Channel 12, one of the first bricks in my
staircase to musical identity, and my introduction to punk rock, with her first
blockbuster, “Damn, I Wish I Was a Man.”
Considered retroactively, anti-folk can also
be said to include decades of precursors like lo-fi pioneers The Roches, and Jonathan Richman, whose
assumption of a staunch anti-fame stance following early success with
the Modern Lovers—including a preference for more intimate audience-performer
relations and lowered volume—may be seen as a precursor to the same
contrariness which gave birth to punk rock and its latest offshoot anti-folk. A
lot of anti-folk artists I won’t go into here due to a lack of familiarity, but
here are some names: Diane Cluck is great, Loudon Wainwright and Suzzy Roche’s
daughter, Lucy Wainwright Roche is great—I don’t know what she’s
calling herself, is it anti-folk?—and let me take this opportunity to say: a
bygone Denver band called Pee Pee is one of
the best I’ve ever seen (Doo Crowder’s one to watch for sure, good music
lovers). Anti-folk might be seen as the cousin of cowpunk, a genre blending
punk sensibilities with old school outlaw country nuts and bolts, a genre
including Arizona’s Meat Puppets, Giant Sand, Tex and theHorseheads, and, at times, Los Angeles stalwarts X (founding member
DJ Bonebrake plays drums on Berryhill’s latest), a genre which perhaps found
its fullest expression as a blend in the works of Chicago’s Waco Brothers, itself an
offshoot of London’s Mekons collective, most of whose members were heavies when
punk hit UK in the late 1970s, and which genre has been tweaked still further
by Albuquerque, New Mexico based “Southern Gothic” duo, late of Chicago, The Handsome Family.
Some anti-folk artists I know fairly well:
Kimya Dawson—formerly one half of the Moldy
Peaches, possessed of a hauntingly clear, sweet voice and sharp, insightful
lyrical mind. Dawson’s “My Mom”
is about the most heartrendingestly devoted and tenderly powerful song I’ve
ever heard, while her seemingly extemporaneous but surely not entirely so free
ramble “The Beer” is among the most joyfully inventive ones. Dawson is also
known for her extensive collaborations with children and one mainstream moment
was having a song or two featured in Juno. The last album of hers
I’ve heard was 2011’s Thunder Thighs, featuring the masterpiece, “Same Shit (Complicated)”.
One man band Ed Hamell, or Hamell on Trial,
plays a battered acoustic guitar from 1938, I think he said it was, whose
repertoire spans from the acoustic punk edge of “Disconnected” to the epic Nat
King Cole tribute “Big As Life”
to more recent “Happiest Man in the World” and his very latest, a collection of
spoken word a la Lenny Bruce and Bill Hicks combined with his musical
soul-punching called, “Rant and Roll”. A dedicated father, Ed’s got a tattoo of
the word “Detroit” across his chest. That’s his son’s name. Detroit Hamell is a
frequent poster on YouTube. He needs your likes.
Ed Hammel’s caught a skull fracture due to a
car crash some years ago, and is well past recovery into a strengthy revival.
Jeffrey Lewis, another anti-folk exponent,
reminded me very much of the early Jonathan Richman when I first heard him,
more because of his manner than any commonality of sound exactly. The
resemblance was strong. 2014’s A Turn in the Dream: Songs was one of the greatest albums of that
year, and his latest with the Junkyard, Manhattan, which came out in
2016, is also a great one. Besides being a musician, Lewis is a graphic
artist, amateur historian and social commentator—check his lessons on YouTube. There
was another guy who came to the v shows at Mutiny named Andy something who said
he knew Jeffrey Lewis (who I tried to get a show at Mutiny Info.Café last November or so, but he ended up playing across Broadway at the
Sputnik, which performance, I’m sorry to say, I missed—he’s great). 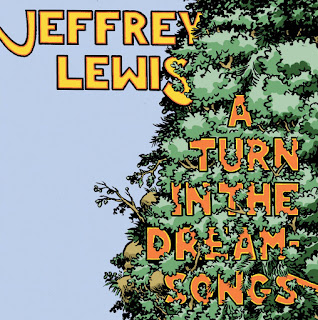 So the one about anti-folk having been founded
in reaction to some kind of prohibition by the straights turned out to be fake.
But American history is rooted in conflict. Beginning with a conflict
between pilgrims and the redcoats. Then colonists and Indians. Then the Civil
War, North vs. South. Racial bias of every imaginable nature and gender bias
and sexual preference. Old versus young. Counter culture versus culture. It’s
all still happening. Republicans and Democrats. People with multiple luxury
estates, and homeless people rousted from tent cities and tiny houses.
Underdogs and upperdogs. Different races. Men and women. All those struggles
are real. Living veins of discontent over different causes running through the
dumbly blissful, peaceful Greater Body. Anti-folk is folk music grown into
negating its ossified nature and name to get back to the freshness and freedom
that started it. Which is the same thing punk was in the first place
anyway—Clash frontman Joe Strummer’s own first greatest influence having been
Woody Guthrie, of “This Land is Your land” and “This Machine Kills Fascists” written
on his guitar.
– Zack Kopp
© Copyright http://www.psychedelicbabymag.com/2017
Anti-FolkArticlesCindy Lee BerryhillJeffrey LewisKimya DawsonZack Kopp