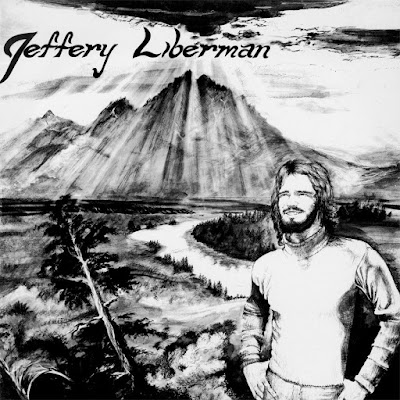 Chicago born Jeff Liberman is a guitar player in the best tradition of ’70s guitar Gods like Hendrix, Trower, Clapton or Zappa. The perfect mix between virtuosity and feeling with a gift for brilliant songwriting. Between 1975 and 1978, Liberman self–released three albums on his own Librah label which were some of the first private pressings to gain recognition amongst psych collectors in the ’80s. Guerssen reissued Jeffery Liberman, Solitude Within and Synergy. Preorder available here:
http://www.guerssen.com/
https://guerssenrecords.bandcamp.com/music

Jeff Liberman was born in South Side of Chicago in 1954. Coming from a place where Blues and Jazz music has a strong scene, he got inspired by a few local musicians, including Charley Wolfer. “He was great and taught me such songs as ‘Suzy Q’ by Creedence and ‘In-A-Gadda-Da-Vida’ by Iron Butterfly. Just a great player. Other influences are Phil Upchurch, Leo Pucinakis and Ron Seroggin.”

His guitar playing is mostly based in Jazz, Rock and Blues music. Jeff was spending many hours practising Blues and Jazz scales. He likes to integrate all of them into his own phrasing style. When asked about his impressive and unique guitar style he replied that he really tries to keep it simple but look for unique phrasing. “Playing fast can be cool at times, but often loses impact as it’s hard to comprehend the statement. The reason greats like Clapton and B.B. King are so classic, is because of their coherent phrasing.” He was influenced by many but especially by Clapton and Zappa. “My tone is very important to me. Probably born out of Clapton’s tone when he played with Cream. And Frank Zappa’s ‘Overnight Sensation’ album”
Liberman already wrote his first song when he was 12 years old and began playing guitar only a year later. “I wrote a song about Batman and Robin but it was never recorded.”
His debut album came out in 1975. “When I first went to PS Recording Studio in Chicago, I called in the best of musicians that I could to play on my songs. Phil Upchurch was one of those people. Phil was a great guitarist, he kind of befriended me and certainly went on to be one of the great guitarists in the Jazz field. Phil played Bass on my first album. Tom Radke played Drums. Tom had been playing with such bands as Uriah Heep.”
The album was produced by Paul Serrano, who has been working with Ramsey Lewis and Earth, Wind & Fire. “Paul tolerated me. He was always kind and enabled me to record stuff on a shoestring budget. He was a great trumpet player and philosopher.”
Liberman used Gibson ES 341, Gibson L65, Martin D35 Acoustic. Pignose and Ampeg. “It was recorded in 3 hour sessions at a time. Tight budget, great players.”
Dave Clark was a friend of Jeff who made the cover artwork for his albums. Dave drew the cover as an idea. He was thrilled when Jeff decided to use it. “It was really typical of his creativity. I was sickened to learn of his passing soon after. Dave had some mental health issues that fell through the cracks. It’s quite a societal issue that we all need to address sooner rather than later! I believe that we all have mental issues of varying degree. We need to accept that and keep working at improving people’s lives.”
Highly motivated, playing music he decided to donate all the money from album sales to the local hospital. It was a very honourable thing to do for such a young man as Liberman was at the time. He recalls: “I was highly motivated to work at improving my playing skills through my desire to generate revenue. This revenue was to help people that were in need of help. Especially children. I wanted to make a difference. I thought that I could help others if people found value in what I did.”
“Jeffery Liberman”was self released in 1975 on Librah Records. It was just a simple variation of the Zodiac sign. “Nothing clever”, as Liberman recalls. 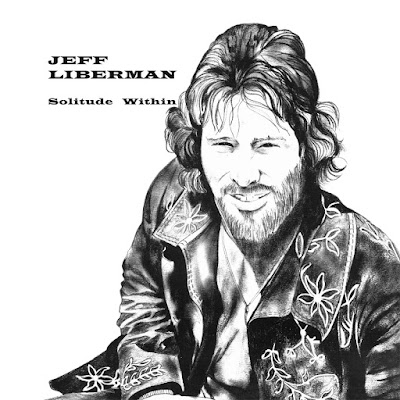 That same year, ‘Solitude Within’ followed in the same manner as his first album. These two first albums are highly regarded among psych collectors and the late Patrick “Lama” Lundborg was also a fan of Liberman’s music. 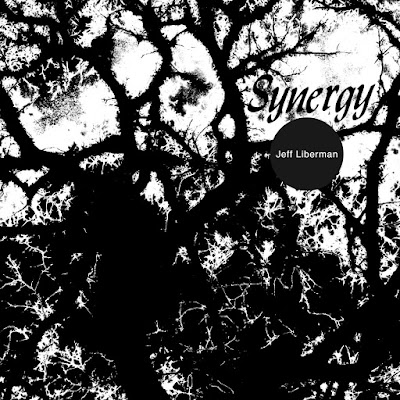 A third album, ‘Synergy’, was released in 1978, placing Liberman more into the jazz-funk-rock genre but still with some brilliant psychedelic / prog-rock flashes.
More releases in a jazz-rock style followed and Jeff is still involved with music today.
“I have been really fortunate to have been able to pursue my musical endeavours and continue to do so. When I was 13 years old, I heard Eric Clapton with Cream. At that moment I knew that I wanted to play the guitar like that and have a sound like that. To this day, I still love feeling and soul in the creation of my own style but the roots of my playing evolved around: early Clapton, John McLaughlin, Carlos Santana and Frank Zappa.
I put a lot of effort into my music and guitar playing. People can hear some of my current work at CD Baby.com.”
“I suppose I am still writing simple love songs. And playing guitar solos. But I enjoy it and it’s a great therapy working with so many great players.”
– Klemen Breznikar
© Copyright http://www.psychedelicbabymag.com/2016
InterviewJeff Liberman