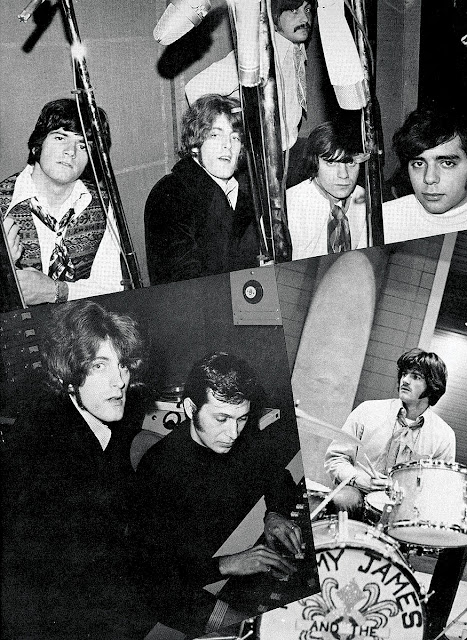 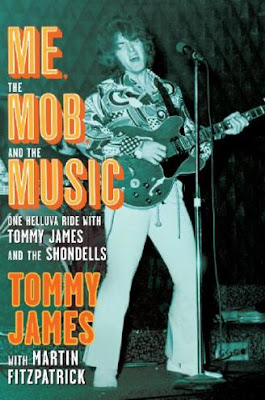 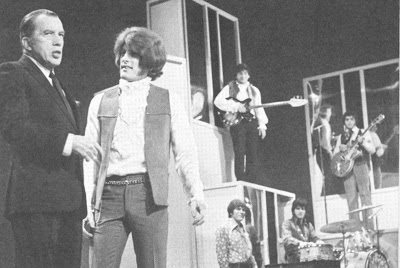 Ed Sullivan & Tommy James
What can You say, as the spectator and
contributor, what happened to the hippy movement back in the 70s? Have the
hippies grown up?
Yes! (laughing) And they started losing
their hair! But what basically happened is that music changes with the times
and it`s a generational thing. We were lucky to keep going to as long as we
did. We had hits from 1966 to 1981 and we were very fortunate to have that long
run. That allowed us to have a big fan base. But I must say that the whole
hippy movement was always pretty silly. You know, most of the people that were
involved in hippy movement were really full of shit! But the bottom line is
that music and the times will always be remembered by anybody who loves music,
and I`m one of them!
So why after the resignation of Nixon
everything stopped? Although USA fought a lot of wars in decades after and many
soldiers died just because of the same ideals and money profit the Government
had then? Have those hippies become the Government now? For example Hilary
Clinton declared herself a hippy back then…

Right! I gotta tell you that one thing I
continuously being against is all the war hunger. And it never seems to stop!
This is one area that I feel very strongly about. For almost 45-50 years we had
been involved in a war after war after war, and absolutely for no reason and
I`m sick of it and so are the American people. To tell You the truth, in some
point here the line is going to get crossed and people are going to have their
say. You know in many ways I`m very conservative guy from the Mid-West, I`m
Christian, I believe in God and I feel very strongly that about ninety percent,
of what we are doing as a country is just all wrong! I feel that for a very
long time! We have a lot of rights in this country, a lot of wonderful people,
but it almost seems that the Government and the people are bumping heads…
I have read very interesting stuff about
You refusing to play on Woodstock. Your agent told You that it`s a “pig farm”,
so it didn`t sound tempting? Do You think that it might have changed Your
career to some other way, if You played there?
Well it`s hard to say… You know we were at
the Hawaii and I got asked if I would like to play this “pig farm” in upstate
New York. I was like: “What did you just say?!” Finally I said to forget about
it. Of course by that Friday we all knew that we screwed that pretty bad
because Woodstock was going to be a historical moment and nobody dreamed that!
I really wish that I made the effort gone, but listen you cannot make up for
things. The funny part is that last year we played on Woodstock that they have
in a large outdoor theater and I announced to the people that we got lost and
we needed forty-three years to get us there! (laughing)
Actually we can say that Your destiny was
the same as John Lennon`s, Joni Mitchel`s, Rolling Stone`s … They all refused
to play on pig farm in order to do something else. Bob Dylan actually refused
to play because he hated hippies?
Yeah, that`s right! (laughing) But
everybody wishes that they had gone, believe me!
I surely do. What about modern day albums?
Do You listen to new albums of Bob Dylan, or Neil Young, or anybody of Your
colleagues who releases something new? Do You follow their work now?
Sure! Sure I do. It`s always interesting to
hear how people`s music changes with time. Because every record that we made
was the snap shot of what we were feeling right that moment. So I`m always very
intrigued to hear what kind of music artists from the past are making now. It`s
a real insight into a people`s soul.
I would like to discuss about the period
You were banned on BBC. That was in the end of 60s and the beginning of 70s.
You know, many people, especially in Europe, think that “Mony Mony” is actually
Billy Idol`s song?
Yeah, you know, “Mony Mony” was put out in
the States just before it did in England and it was one of the big records of
the decade in England. Well what happened was, I was supposed to come over and
do the “Top of the Pops” but I was asked by the vice-president (of USA) Hubert
Humphrey if I would go on the road with him. So I decided to go on the road
with him and I had to cancel my appearance on “Top of the Pops”. Well, BBC
never really forgave me for that. My next four records weren`t played in
Britain, as the result, or in Europe. I had number one records over here but no
play over there because the BBC was very upset with me. That`s how that
happened. Gradually, that all works itself out and all of the records ended up
being heard and I was happy about that.
Do you tour in Europe?
I haven`t toured in Europe for a very long
time. The last time it was the early eighties when I came over, and I was with
PolyGram and I did television, Holland and Germany. So that was the last time I
was in Europe and I would definitely love to come over again!
Are there any particular reasons, why man
who wrote “Mony Mony”, “Crimson and Clover”, “Crystal Blue Persuasion” and many
other hits, hasn`t played in Europe for thirty years?
Well I wish there was a good reason, but
there really isn`t except that schedules never worked out. I would like to come
over, I truly would and I think it would be really great to come and play in
Europe! 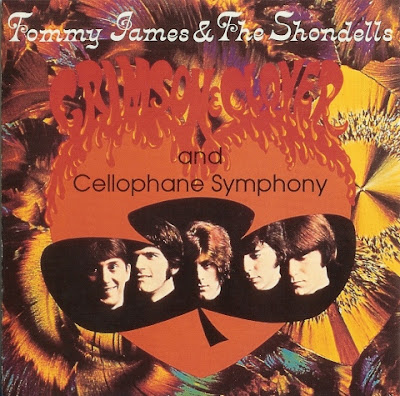 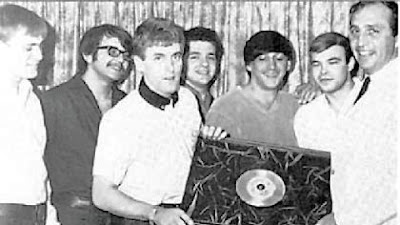 Tommy James and the Shondells — Ron
Rosman, left, George Magura, Tommy James, Vinnie Pietropoli, Mike Vale and Joe
Kessler — receive their first gold record for “Hanky Panky” from
Morris Levy in 1966.
Well it definitely was a miracle to become
popular with a pop rock song and then to change Your music from period to
period. You played many types of rock n roll – psychedelic, hard rock, pop rock
and other rock n roll sub genres.
Yeah, we went through all kinds of changes
but we were also very lucky to have public`s attention for so long, because
today you don`t have public`s attention long at all. This is a business that
maybe gets you two years, if you`re lucky, and we`ve been doing it for almost
fifty, so I got to tell you I`m very blessed.
Your last solo album “Hold the fire” has
been released in 2006. Are You planning new solo album, maybe writing songs or
recording it?
Yes we are. Actually right now we are
writing songs for the movie. We are going to be writing new music for the
movie, but also I brought the original three surviving members of the original
Shondells, up to New York and recorded them on brand new version of “I think
we`re alone now”. It`s slow and very different from the original record and it
just came up beautiful. That`s probably going to be our first single released
from the movie.  It`s gonna be the
closing credits for the movie, and we can`t wait to put it out because it
really turned out beautiful!
To conclude our interview I must ask You:
what is the most valuable thing You learned from rock n roll?
Well it`s got to be the relationship with
the fans. Because the relationship with the fans is what makes everything go
and work. It`s so lucky to have three generations of fans. You reach a point
when You feel like it`s an extended family! They are the ones who`ve been
putting food on my table for like forty-five years and have stuck with me for all
this time. We are lucky because on the concerts we keep making new fans. So I
really believe that relationship with the fans is really the only thing that`s
important. I mean you can have a lot of global records and statistics and
everything, but if you don`t have relationship with the fans you don`t have
anything. So, that`s what I`ve learned…
Tommy, thank You for the interview and the
fabulous book You wrote. I hope our readers will buy and read Your fantastic
story.  Also good luck with the movie and
the musical!
Thank You. By the way if anybody wants to
check out what we are doing just come to the website www.tommyjames.com.  Thanks and take care my friend!
Andrija Babovic and “It’s Psychedelic Baby”
crew would like to thank to Tommy and his associates Carol Ross-Durborow and
Ira Leslie for arranging and helping this interview to happen! 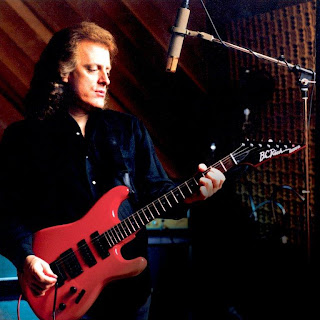