Janko Nilović (born 20 May 1941) is a Montenegrin pianist, poet, and composer, who has lived in France since 1960. Nilović has published many works, most of them on library labels not available for sale to the public. Nilović creates poetic musical images by bending the edges of styles, cross-pollinating them.

It’s always a pleasure to become acquaintance with new fellows all over the world, particularly with young people. I feel good, never considering my age and always working on plenty of projects.

You were born in Istanbul in a French residence to a Greek mother and Montenegrin father. Where did you grow up and what inspired you to get involved in music?

Some people wrote wrong information about me. You are correct! This is the real story. Mother Katina was Greek, father Prenca was from Montenegro. He lost his first son in MNE. My father leaved MNE and went to Turkey where he was called by his brother (Luka). Luka was working at the British Embassy in Ankara. My father rejoined his brother around 1918. He found a job immediately at the French Embassy (Istanbul and Ankara ). He worked there for 35 years. That’s why I was born in Istanbul in French territory. Four sisters were born before me. Father (born in 1893) was playing all flutes and gusla; the Montenegrin special instrument. He was playing and singing at the same time. I grew up with this image. At five, he gave me a pan flute and harmonica. I played it by ear. At seven, he offered me a violin but I forsaken this instrument! Father died when I was about 12 years old. My elder sister saw my sadness and offered me a piano. My god, it was great! I started to play (self-taught) and took lessons from Marthe Papazian, a great player and teacher. In the meantime, I was fascinated by dance, especially the tap dance and academic dance. Later I won the first price on dance competition with my partner, my younger sister. At the same time, I was captivated by literature, particularly by poetry (Croatian, Serbian, Russian etc.). At 15, I was poet, musician and dancer. Things changed suddenly…

While persevering on those three disciplines (Classic music, poetry and dance), I started to play boogie woogie and blues on the piano and entered at the Istanbul Conservatory studying oboe and percussion. I didn’t stay a long time. The reason was big stroke of luck! One day I heard Elvis Presley, Bill Halley, Fats Domino and some others on the radio. I was astonished by this new music! I couldn’t buy the records because my family was poor; but high school friend of mine lend them to me. You cannot imagine my joy! 1955 what a year! It’s done, I immediately create my first band. Me, as pianist and singer, 4 saxophones, guitar, bass and drums. After that, I left the school and became a professional pianist and singer at the Jazz Club of Istanbul, with one of the best bands. The repertory was jazz and afro cuban. At 17, I took up a new career, composing and arranging on different styles from jazz classic to rhythm’n’blues. All world music influenced me from then on. At 19, I left Turkey for France (Paris). 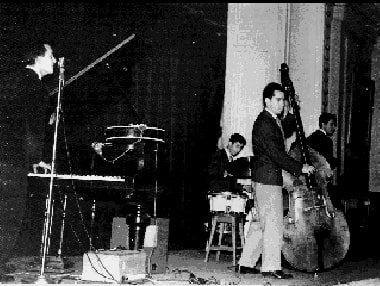 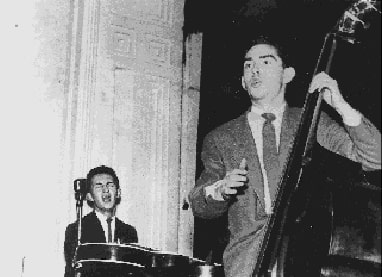 You moved to Paris?

1960 Paris! The first six months were really hard. I accompanied several singers on the piano, gave lessons (piano & singing) and finally played in different clubs in Paris. In the meantime, I took lessons with a very known teacher (harmony, counterpoint, fugue, composition ) Julien Falk. I started serious compositions and arrangements (classical and jazz) but this consecration was not paying enough to live in Paris. While accompanied singers (French-Americans), I tried to get in show business and by chance, I met some people. Davy Jones (American singer and writer) with whom I created my label; “Ju Ju” Records and produced several records. After that, I met the owner of Montparnasse 2000 and this was my new career in Musical Library. I composed about 60 LP’s. My first record was Psyc Impressions. 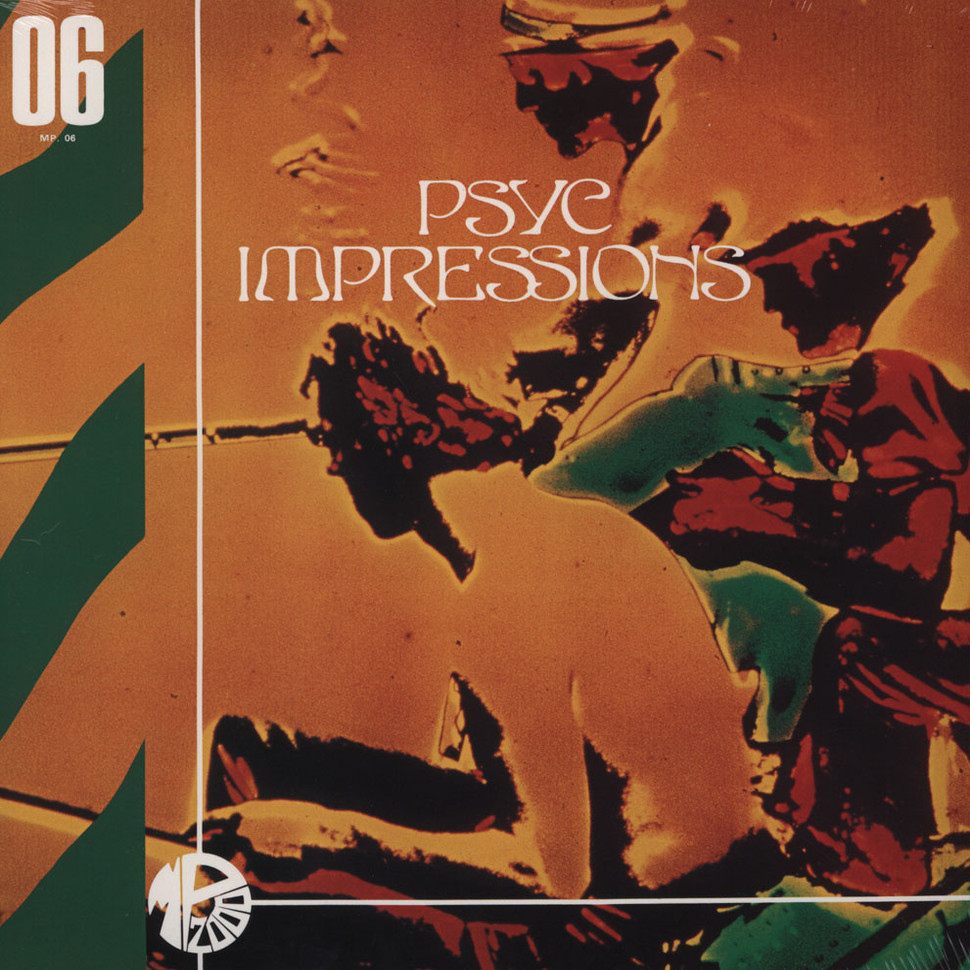 At the same time I was playing Hammond organ and percussion every night in the Musical Hair in Paris. The musicians and the singers of the company collaborated on this album. At that moment, everybody was exclaiming “Psychedelic”! So, on the spur of the moment (big mood) I composed this music.

You had quite a success.

Yes, Psyc Impressions had a large success. The Radios, TV’s, movies and advertising people seized the music. Believe me, it was a HOLD-UP! I was really happy. My wife, my two sons Sacha and Jovan and me were in heaven! I can tell you that I bought my first house six months later.

“During my contract with MP 2000, I was completely free concerning the choice of the style, compositions and the arrangements. That was a real advantage.”

You had freedom to do what you like on Montparnasse 2000.

From Vocal Impressions to Supra Pop Impressions I used all my musical knowledge. I know why those records had a success. It’s because in 1969 the ‘background music’ was a back and old numbers. When I arrived, I quietly revolutionized this kind of work. After my last record Balkan Impressions (Belgium), I stopped because a lot of musicians and composers copied my works and saturate the market. During my contract with MP 2000, I was completely free concerning the choice of the style, compositions and the arrangements. That was a real advantage. 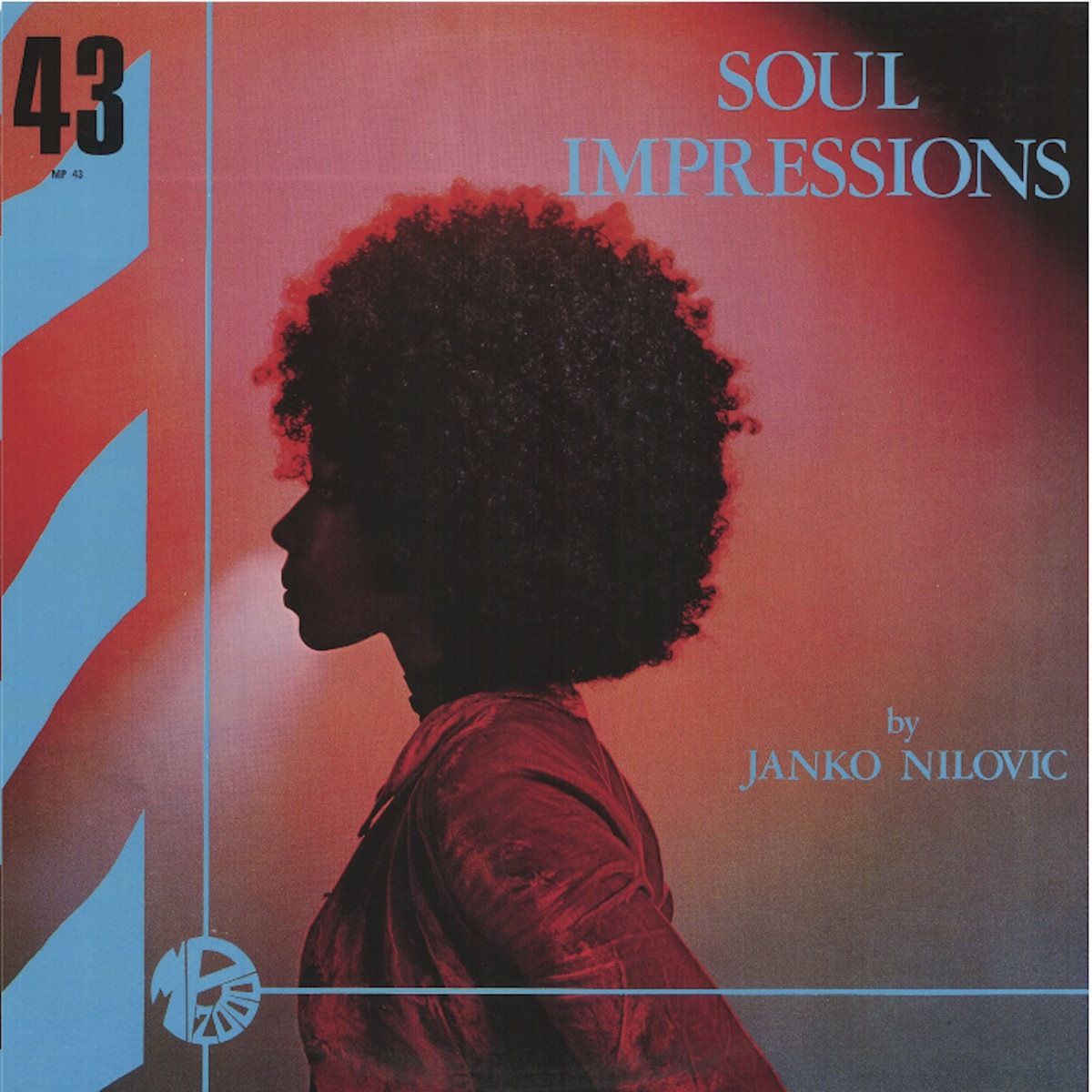 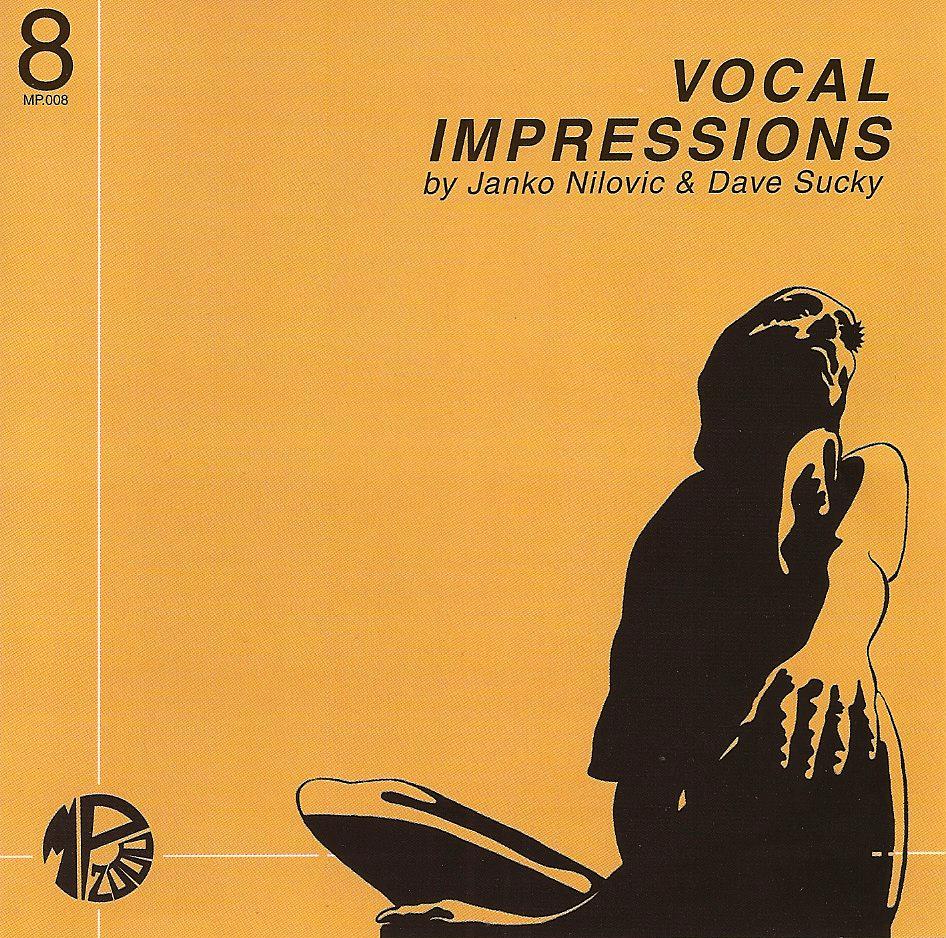 In 1970, I yearned for a Big Band Jazz. I composed, arranged and conduct this band called Janko Nilovic Band – Giant (45 musicians). We had a good success on concerts and finally we recorded the LP in 1972. Giant and later titled Rythmes contemporains by MP 2000. This record was a big international success. I bought a bigger house and a sport car! Once again, I used my eclectic experience. However, my impressions was present in any kind of music (classic, jazz, rock…). 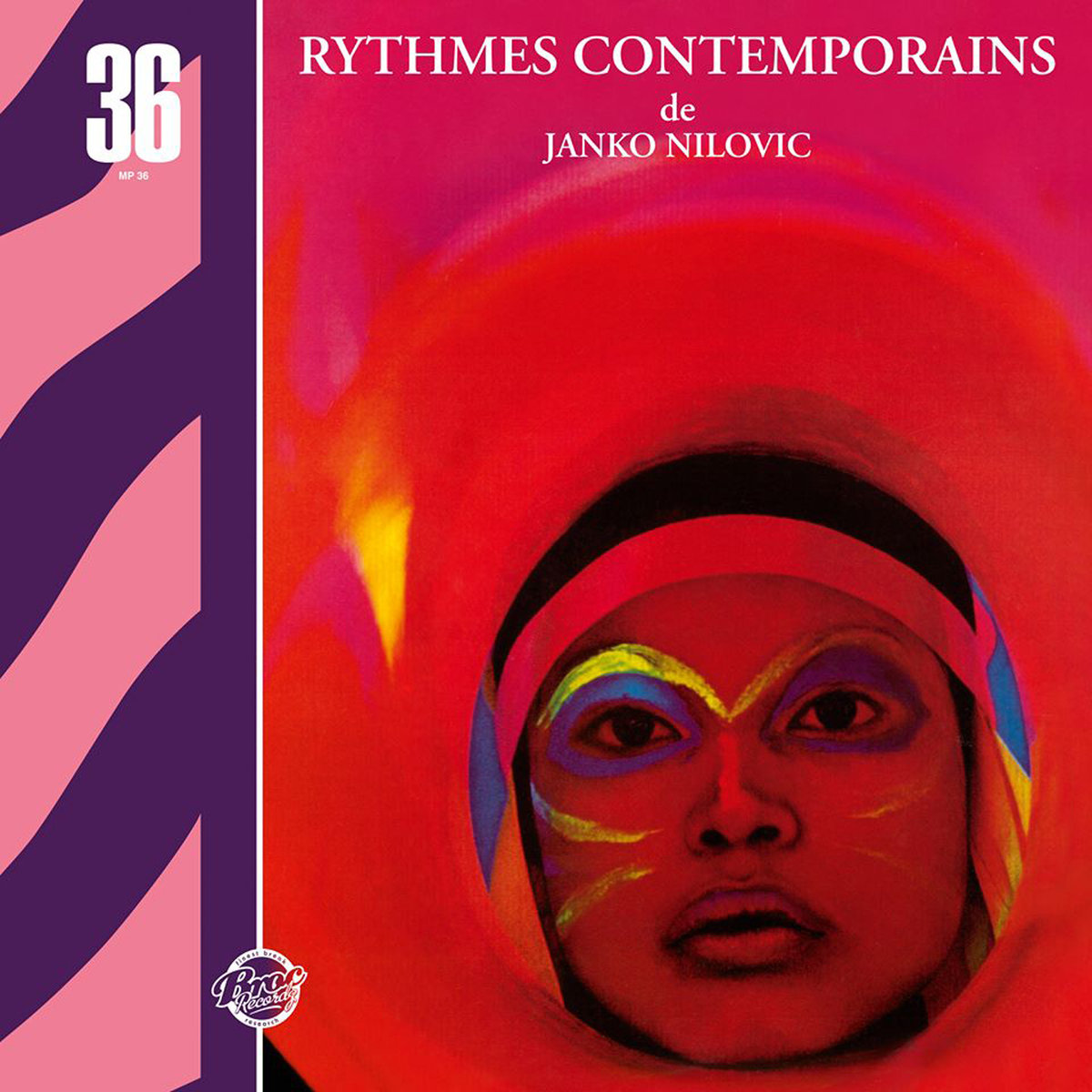 Is there a concept behind your albums?

The conceptual idea is my way of work, my origins and my total freedom of thoughts. Other thing; I’m not a fervent listener of music. My favorites are classical, jazz, ethnic, but I never have a time to listen. I’m a strenuous worker on my piano and desk.

What was the scene in Paris?

1960s and 1970s were a beautiful springboard. All kind of feelings gave birth at this epoch: rock, funk, groove, jazz rock, r&b, blues etc. The melodies were on the top! I’m happy to have some great LP’s at home like Elton John, Gino Vanelli, Supertramp, The Who, Pink Floyd, King Crimson, Stevie Wonder, George Duke etc. The melodies and the arrangements are sublime. I was IN! 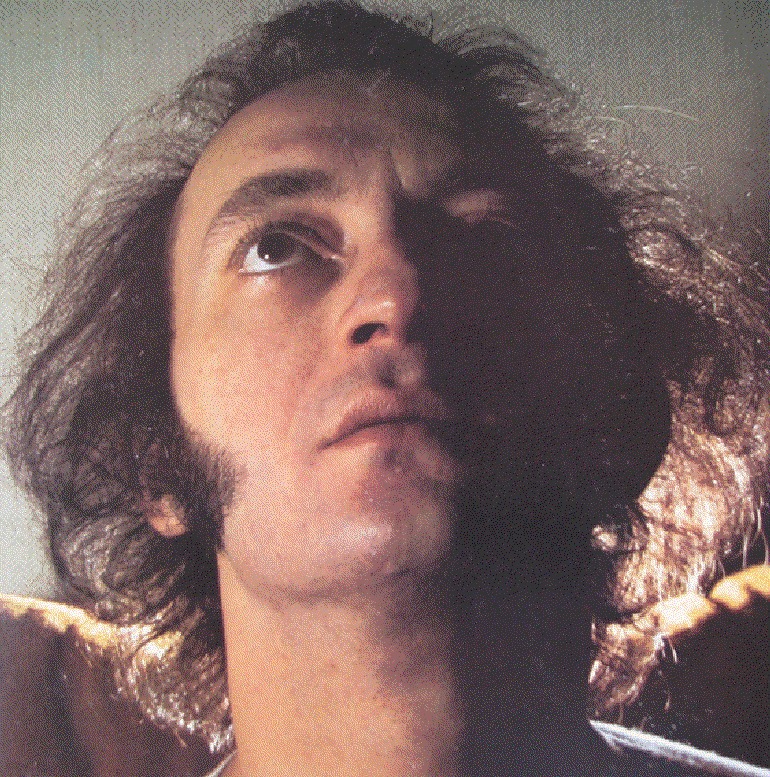 All I can say is that I gave all my energy to produce the “Impressions”. It was a big job but I did it very seriously. Unfortunately, the Boss sold the company to incapable persons. Now the owner is Universal.

One of your most famous pieces is “Drug Song”. Did you experiment with psychedelics?

No. I just amused myself by doing this kind of pieces.

How about Funky Tramway?

A Belgian group called me saying that they want to record an LP in Brussels with my compositions. I agreed and composed Funky Tramway. It was really amazing. The musicians were fantastic. The cover was illustrated by my wife (Yohana). I produced six records in Belgium. 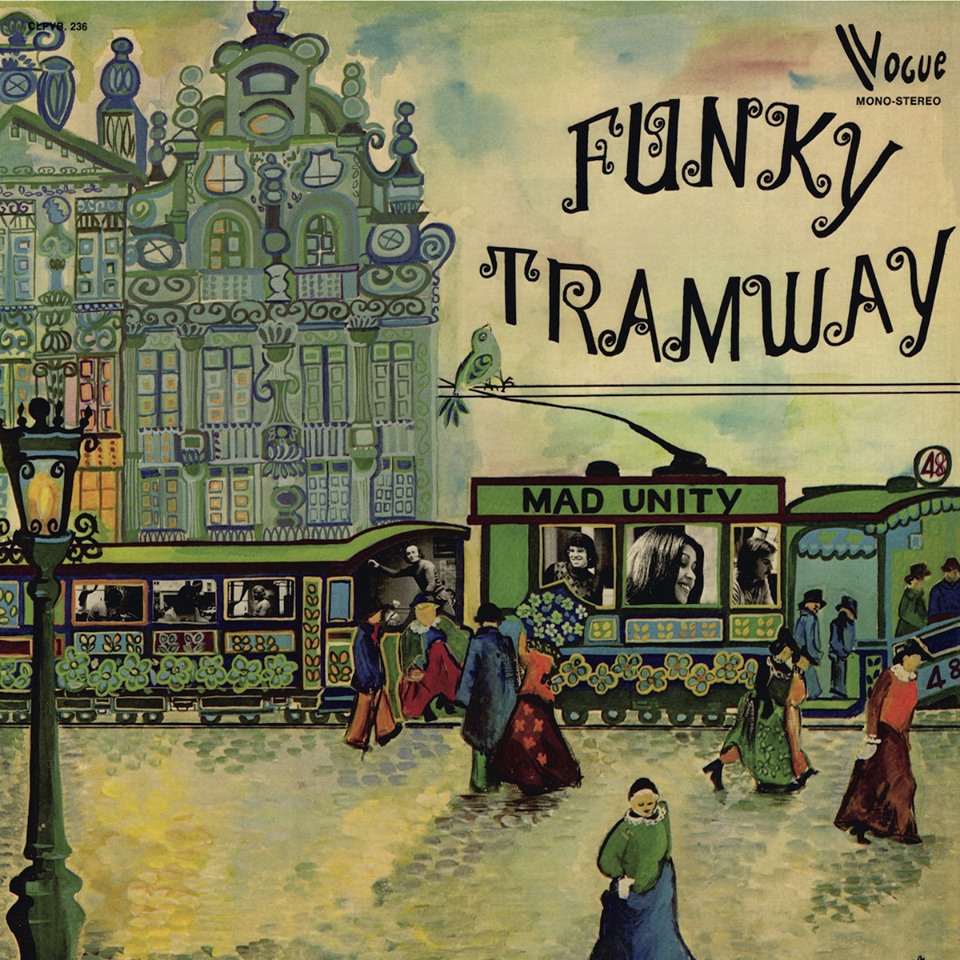 Who is behind all those beautiful cover artworks?

Most of the covers were realized by different persons. It was not my special preoccupation. My wife painted some like Un Couple Dans La Ville. 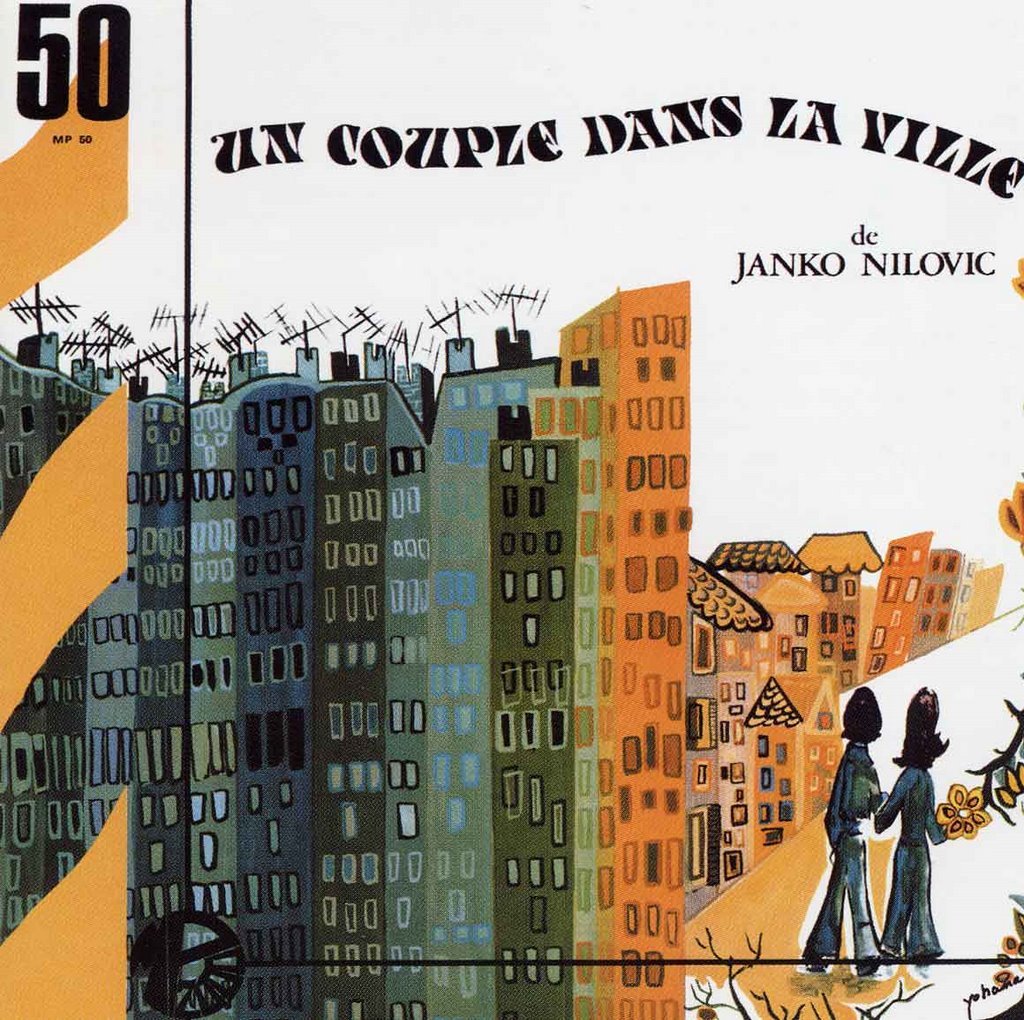 In the 1980s I decided to write exclusively classical music and my Big Band Jazz. I created my publishing company Symphony Land in Paris. After that, I wrote a fiction, a novel titled “A Piano In Space”. I went to Hollywood trying to find some producers for an eventual movie. I also tried Canada, Japan, New York but the project didn’t lead. Actually I modernized the manuscript. This subject have a different facets: Novel-movie-musical-animated cartoons-fomics. I am very patient and enduring. I am waiting the right person at the right time.

Right now I have some concerts and festivals with my Jazz Trio. In the meantime I’m composing. I recorded CD with Paul Godfrey (Morcheeba) which will be released soon. I composed a song named “Days After Days” for Beyonce; I am waiting for the recording. 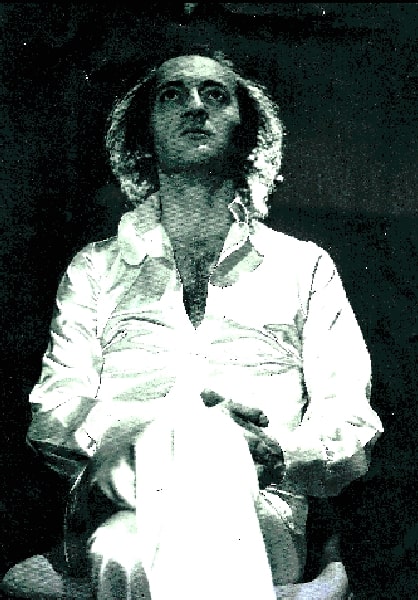 Future plans:
1. A Piano In Space
2. Concerto for Piano & Orchestra
3. New CD for my Trio
4. Musical Book Method (3 tomes) – A Jazz Club in MNE Budva. Jay Z (Universal – D.O.A) send me my money (I’m waiting that for 2 years! SACEM, French and America lawyers try to help me.) We will see!

What is on your turntable/CD player and what are you reading?

I’m listening to Dave Brubeck and Paul Desmond, which I met in Istanbul in 1957. They were preparing the legendary LP Jazz Impressions of Eurasia (“Take Five”, “Blue Rondo a la Turk”…). The trumpeters: Arturo Sandoval who played once in my Big Band, Jon Faddis, a friend of mine, James Morisson, a fantastic Australian player, The Piano Concertos of Sergei Rachmaninoff, Cuban music etc. As I told you, I am swimming between all kind of music and styles. Resolutely I am an eclectic composer! Anyhow I am a world citizen. Reading Bible, Different international novels, historic works. Actually I’m studying the ex-Yugoslavian languages.