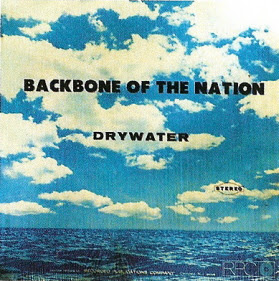 Drywater was an unknown band from Pennsylvania. Originally there were only 25 copies released. Today we have a reissue out and I was lucky enough to talk with two members of the band. Enjoy their story.
Interview:
Thank you for taking your time for It’s
Psychedelic Baby. We are really pleased to have your band here. ‘Drywater’ LP was
reissued on ‘Time-Lag Records’. How do you feel about that?
Dennis Cheplick: I was quite surprised when
I was contacted by Nemo, mainly because the album is almost 40 years old, and
it certainly (and understandingly) does
not showcase the current level of my musical “chops”.
Jack Sarvis: Overall, surprised but excited
to have the opportunity for our music to be heard by a wider audience.
Did you imagine, that after all this years
people will still find your music interesting?
Dennis Cheplick: Not Really. 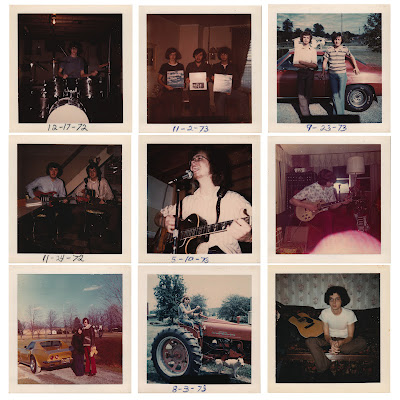 in the making of “Backbone Of The Nation”  album.
7.
Kathy,  My sister and now married
to Ken. standing next to Ken’s 1969 Corvette.
8.
Denny’  driving  His Uncle Henry’s tractor on his farm.
9.
Denny in his one room Nashville apartment, before 1st Nashville session.
How was the LP distributed if it actually
was?
Dennis Cheplick: It was “distributed” by hand to
relatives and friends. And the few remaining copies were sent to major
labels in hope of a deal. How naive, huh.
Concerts?
Dennis Cheplick: We played no shows. (The band dissolved
shortly after the recording).
What happened to ‘Drywater’ and when did you
disbanded?
Dennis Cheplick: I went to Nashville 4 months later to pursue
my own music. I recorded a few
demo’s there, which are on the
“Nashville Sessions” bonus CD, which can be purchased with the
“Backbone” album.
Jack Sarvis: I went to work for a company called “Packard
Electric”, now called “Delphi Corporation”.
Were you part of any other bands after the ‘Drywater’?
Dennis Cheplick: I collaborated with other musicians on song
writing and recording, including, some material with Jack.
Jack Sarvis: I played in a band on the
weekends and continued to write music.
There is also a single out these days
called ‘Like a Vine’ / ‘Deception by you Danny’ and also a compilation called ‘The
Nashville Sessions’. Would you be so kind to tell us about this two things?
Dennis Cheplick: As I mentioned earlier, I went to Nashville
where I spent all of 1974. As I soon found out, the Nashville scene was very
“lyric oriented”, whereas I was very “music oriented” so
“Like A Vine” and Deception” were my attempt at more “in
depth song writing. “The Nashville
Sessions” is a compilation of of
the two sessions I did at castle Recording Studio’s there, including the above
mentioned songs plus a few others, some of which were written around the time
of the “Backbone” session. In fact, one of the songs, “The
Moment I Met You” was co-written with Jack (We had considered recording
it for “Backbone”, but passed). There are also four “Backbone” songs on the compilation with
alternative vocals, meaning I over dubbed stronger vocals to these songs
because I think the vocals on the originals are too weak.
Do you still own the original master tapes
of your LP?
Dennis Cheplick: Yes but unfortunately they are
unplayable. The ‘Time-Lag’ release was
made directly from an original “Backbone” album I still had.
What occupies your life these days?
Dennis Cheplick: Music continues to occupy
my life. Over the past two decades I’ve
recorded many
instrumental tracks (two sessions were at
Soundtrack Studios in N.Y.C.), some of which have been used on TV and radio (as background music). A song Jack and I recently wrote and recorded, “Going Green”, is currently being re-mixed at Soundtrack in N.Y. to be
pitched, hopefully, to current recording artists in the country/Pop
genre. I currently live with my wife,
Angie, in a small rural area of western
Pa. U.S.A Check my videos on you tube, “Dennis Cheplick” 5 & 10 Films.
Jack Sarvis: I retired from Delphi
Corporation after 30 years and now am pursuing my music full time.
Writing songs, some of which Dennis and I have
written together. I have a song on You Tube, Jack Sarvis  “You Are A
Keeper”.
Thank you very much for participating in
this interview. We are really happy to share your story. Would you like to send
a message to It’s Psychedelic Baby readers?

Dennis Cheplick: Thanks for your
interest in our music. “Better Late Than Never” as the saying goes.
Jack Sarvis: I would like to thank, It’s Psychedelic Baby
Magazine and all it’s readers, for listening to our story after almost 40
years. For what we lacked in experience at the time, we gave our all. 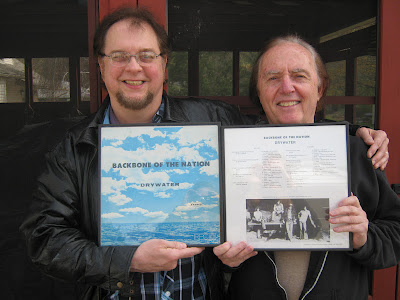