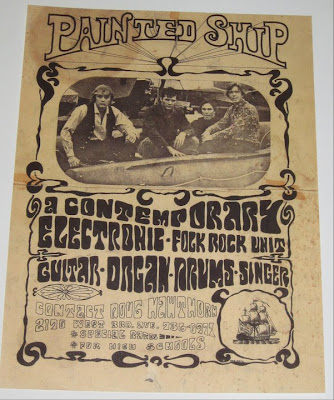 In many ways my musical ideas were reactions against what I was hearing on the radio. I want bands to put new colors in my ears. And I want loud, bright colors. Instead, top 40 radio was churning out a safe,bland sameness.I heard different sounds in my head.

2. You were first called The Wee Beasties and started playing around 1965. I would like if you could share some memories of the early sessions you had together and if you could tell us how did you come together to start the band?

I met Rob Rowden at the University of British Columbia. I was writing a lot of poetry( mostly bad) at the time. Rob was playing in a commercial R&B band. We became friends over the period of a few months and I told him that I was thinking of starting a band. We talked about it ;I warned him that it would be unlike anything that he’d done previously. We decided to collaborate and recruited his brother Barry(R.I.P.) as the drummer and Ken Wain on keyboards.This is the first of what would become many different formations. I called this band The Wee Beasties. This was the name the inventor of the microscope gave to the “animals” he saw through that instrument.

3. When did you changed your name into Painted Ship? I really like your name! Would you mind telling me how did you choose this name?

While we were practicing and learning our material I told the guys that I wanted to call the band The Painted Ship. I wasn’t reading the Rime of the Ancient Mariner at the time but, as I mentioned earlier, I was really into poetry at this period of my life and I had read this poem many times. The name must have come from this poem:” …like a painted ship upon a painted ocean” 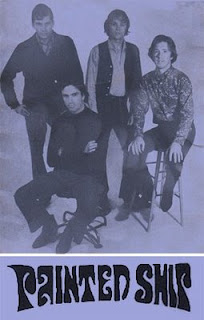 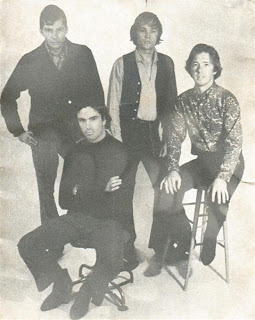 4. I’m very interested in how many singles were released, on what label you were and I would love if you could comment each song you released in few words.

We recorded on the London/Mercury label. We released two singles through them.

a) Little White Lies: I decided to write a song about the way relationships REALLY are as opposed to the usual bullshit we get fed. The world is built on lies( cultural fables, politicians, lawyers,relationships etc. etc.) No? Well, let’s see. Gentle readers,hands up if you’ve never lied to your significant other. I’ve got my binoculars out and I still don’t see a single hand!!! 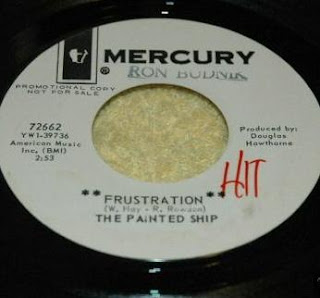 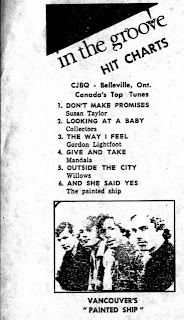 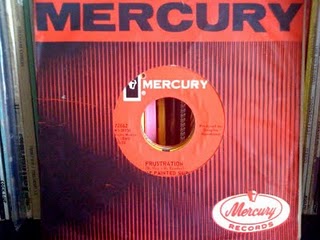 b) Frustration:One day I was pondering the important things of life when it suddenly struck me that there is this inevitable and yet essential push-pull between enculturation( the way that every culture molds its citizens to conform to that culture’s beliefs) and individuation( that spark within each of us that encourages our uniqueness). Thinking about this push-pull was the wellspring for this song. Frustration is a song of hope.That’s why it ends with “bye,bye,people”. Don’t let other people fill your mind with their limitations. Just turn them off.
c) And She Said Yes: I wrote this song as a love song. That’s right , Klemen, a LOVE SONG. Not one of those ridiculous,trite,idiotic and sappy love songs that you hear on the top 40.This is a love song sung to women by men with testosterone in their veins. Men who like to bite women’s thighs—a sure sign of love 😉
d)Audience Reflections: Some people have told me that this song is just tooooo weird. A dj at the time told me” that it might make the top 10 on Mars but it was way to weird for earth”. Actually, it was my attempt to capture the experience of a particular altered state of consciousness that I had experienced using quartz crystals as my refractory focus. For those who care I NEVER use drugs. Drugs limit and enslave. I’m looking for growth and freedom. 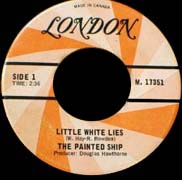 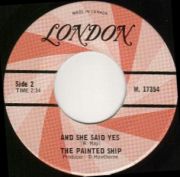 e) You’ve Been Laughing. In one of the incarnations of the band a musician had this gorgeous girlfriend.( she was at least a 17 out of 10 . maybe an 18). When you saw them together they presented themselves as the perfect couple–holding hands–kissy-kissy. When he wasn’t around things were much different. She was constantly putting him down. Her behavior inspired the idea for this song. 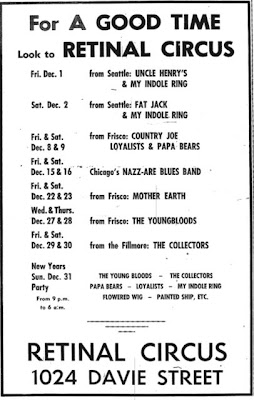 5. How do you remember recording and producing this songs?

When it came to recording we preferred to work with Robyn Spurgeon in his small studio in Vancouver. He was a good guy. He told me that he didn’t really understand some of the music that we brought him but he was very open minded and very good working the board. He allowed us to be ourselves. 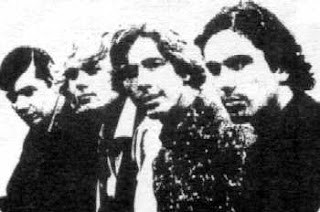 We had the pleasure of sharing a stage with many good people( The Yardbirds, The Grateful Dead, The Jefferson Starship, Janis etc etc. I’ll tell you a fun story. One night, unexpected and unannounced, The Who and Herman’s Hermits came to see our show. We were playing at a nightclub and they all sat a few feet away center stage. About thirty minutes into our set they all stormed the stage and we collaborated on a long, raucous version of Satisfaction. Damn,I wish I had a video of that. Afterwards, John Alec Entwistle gave me the name of a friend of his who was a producer for Polydor records in England. A few months later we recorded an album of original songs and sent the master to London. The producer loved the stuff and wanted to work with us but he was told that North American acts had to be handled out of a North American office. To get around this he asked me to leave the Vancouver band and come to London and he’d set me up with some ” super musicians”. This was a fabulous offer but I just couldn’t abandon ship. Since I wouldn’t move to England the master was sent to Mercury’s Chicago office. It never arrived. To this day no one knows what happened. 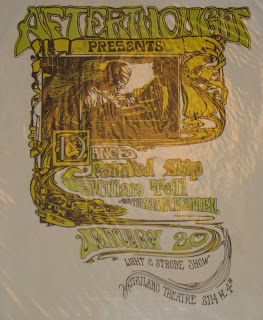 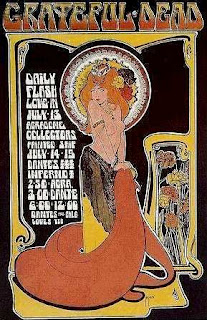 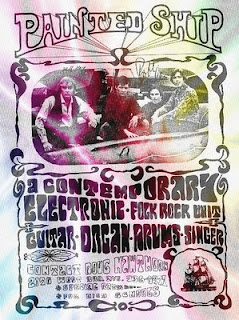 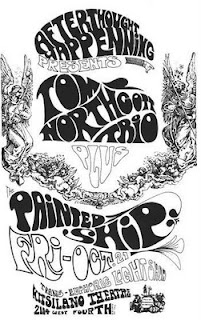 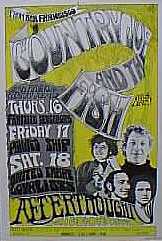 7. What was the scene back then?

When we first started Vancouver was a traditional R&B town.We were warned that we were wasting our time. That no one wanted to hear our original songs. I didn’t care. If it meant that we never got a gig , so be it. 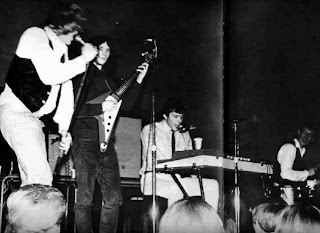 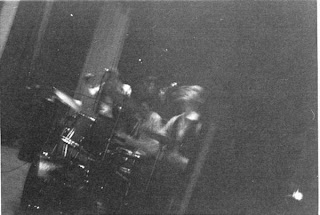 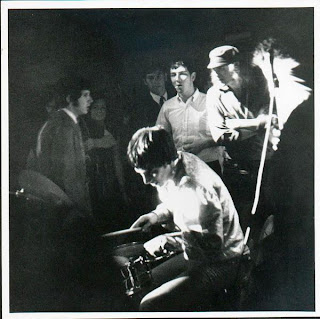 8. What happened next for you?
The constant struggle with obstacles both outside the band( record companies insisting that we get commercial) and within the band( musicians who just didn’t get the psyche and punk sound I wanted to do finally took its toll. I docked the mighty Ship.Polydor was gracious enough to offer me a job but I just couldn’t spend my life flogging commercial, top 40 crap. I thanked them and left the music scene all together. Greg Johnson(R.I.P.) the singer-writer for The Fiends and The Worst got me back into it a few years ago. I helped The Worst produce their first songs and sang backup vocals on some of the tunes( you can find The Worst on Myspace) . One and a half years ago a group of rowdy, untamed L.A.musicians asked me to come on down and live with them. They wanted to write and record “some truly original and audacious shit”. It was a great offer but ,unfortunately,life has been very difficult for me over the past two years. I had no choice I had to decline their offer. Who knows I might do more recording in the future. I’ve got lots of odd tunes bouncing around inside of my head. 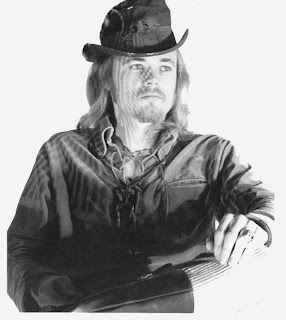 9. What are you doing these days?

Thanks for your interest in our stuff, Klemen. much appreciated.

-And thanks to everyone out there who’s taken the time to say hello to me on my Facebook page. I’ve enjoyed meeting you.
-I want to send humongous good vibes to all of the musicians who crewed the Ship. Thanks for your talent.
10. I would like to thank you for taking your time. I really appreciate it! Would you like to add something else, perhaps?

Klemen, PUT YOUR HAND DOWN. It’s too late. Everyone knows that you tell Little White Lies. 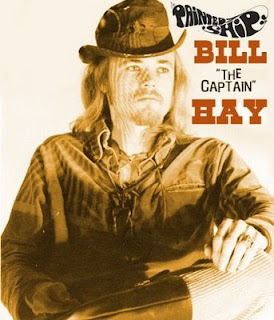